It should not matter if these incidences are occurring because of a political correctness stigma around mental health, or just dumb laziness. If federal employees cannot perform the simplest of tasks of enforcing laws already on the books meant to keep people safe, then those employees need to be released and their agencies eliminated. …

If our government cannot perform simple tasks like filling our criminal record forms and entering information into databases, then why in the world would we burden federal employees with new gun laws that do nothing but restrict the constitutional rights of citizens and vendors in full compliance with the law? Groundbreaking stuff here . . . This public health expert says he has a solution to mass shootings

Slutkin, who now teaches at the University of Illinois at Chicago School of Public Health, spent a decade fighting AIDS, tuberculosis and cholera in Asia and Africa. When he returned in the 1990s, he noticed that gun violence in American cities spread a lot like infectious diseases. “When you look at a map for example of Chicago or Los Angeles, you will see that in certain places that the amount of … violence seems to be very dense in a center, and then less dense, and then less, and then less,” Slutkin says. “We call these epicenters. This is standard infectious disease epidemiology.”

So he had an epiphany: What if we treated gun violence like we treat infectious diseases, with public health interventions? Slutkin started a group called Cure Violence, which trains community health workers to identify people at risk of committing an act of violence and to de-escalate the situation. They’re called interrupters. The new 2011® Magazines from STI provide shooters an improved shooting experience, with quicker reloads and a flawless finish.

The magazines are built on presses that have three times the force of traditional presses, providing for cleaner stamping and more precise lines. Features include a new follower and feed lip design, round count and caliber stamped on the magazine body, one-piece construction with consistent dimensions and stronger design with no spacer required.

The Michigan Senate approved legislation Wednesday allowing the concealed carry of handguns in places that have traditionally been off limits to guns, such as schools, churches, day care centers, bars and stadiums.

The three-bill package, which now moves to the state House, passed the Senate in 25-12 votes, over strong objections from Democrats, one day after it cleared a Senate committee. It’s been a really bad year for the Fibbies . . . After Night of Drinking, F.B.I. Supervisor Wakes to Find a Woman Stole His Gun

An F.B.I. counterterrorism supervisor is under internal investigation after a woman stole his gun following a night of heavy drinking in a North Carolina hotel, according to documents and government officials.

In July, Robert Manson, a unit chief in the F.B.I.’s international terrorism section, had his Glock .40-caliber handgun, a $6,000 Rolex watch and $60 in cash stolen from his room at the Westin hotel in Charlotte, N.C., according to a police report.

The episode is an embarrassing mishap for the F.B.I. As a unit chief assigned to the bureau’s headquarters, Mr. Manson oversees all terrorism investigations in the Midwest and the Carolinas. An F.B.I. spokesman, Michael P. Kortan, said the incident was the subject of an internal investigation and declined to give additional comment. 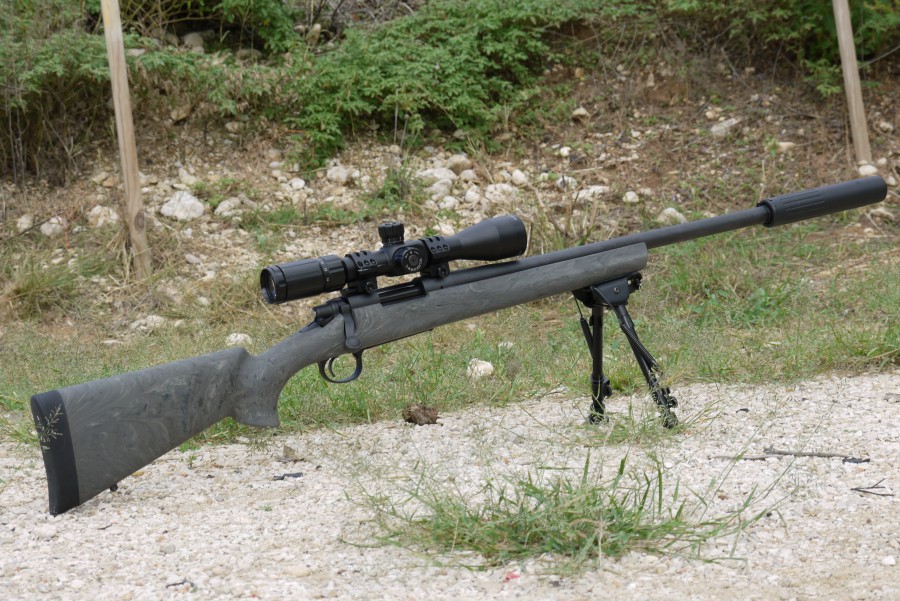 As the attorneys continue to rack up billable hours . . . Few Remington rifles have been fixed three years after settlement

But nearly three years later, the vast majority of the guns have not been fixed, and it is unclear if they ever will be. This, as another hunting season is underway or about to begin in much of the country.

“We are stalled,” said Houston attorney Mark Lanier, who represents plaintiffs in the class-action case.

A federal judge gave final approval to the class-action settlement in March, but two Model 700 owners promptly appealed the ruling, saying the agreement did not do enough to properly notify the public, and accusing Remington of deliberately downplaying the risks in order to reduce its costs.

When you don’t have the facts on your side, spout unadulterated bullshit . . . FAKE NEWS: MSNBC Panel Lies About Hero That Stopped Texas Church Massacre

New York Times reporter Yamiche Alcindor and host Chuck Todd falsely claimed that NRA instructor Stephen Willeford did not shoot at the Texas church shooter and did not stop his rampage.

“When I was watching President Trump today, and he was making his argument that [the shooter] was essentially stopped by someone with a gun, I kept thinking, ‘but he killed himself,’” Alicindor falsely stated. “The shooter was not stopped, there was not a big gun fight … and I think there needs to be a fact check on how this got stopped in the first place.”

“The narrative here as you saw with Mike Huckabee and the president is a little bit off the rails,” Todd responded.

An elderly homeowner shot and killed one of three suspects after he was robbed and assaulted, according to the Kentucky State Police.

The story came together after authorities say the shooting victim, 46-year-old Timothy Roper, showed up to the Jackson Purchase Medical Center at 9:30 p.m.