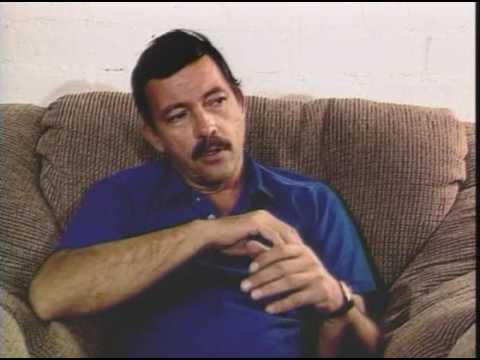 Massad Ayoob is recognized around the world as an expert in personal defense. He’s been “on the job” with law enforcement since 1972, and has written countless articles, books and courses on self-defense. He’s also been called as an expert witness in hundreds of self-defense cases. I interviewed him by phone this week, on personal defense topics, and asking a number of questions that TTAG readers supplied on the site. What follows is a transcription of the first portion of the interview.

Let’s say that I’m forced to defend myself. What happens next?

The first thing is to deal with the situation. I would immediately be looking around for additional assailants, I’d be putting some distance between myself and my opponent, if I was close enough and he was going to drop the weapon, I’d kick it out of his reach. Look around, there may be additional problems arising…just because he’s down doesn’t mean that he’s out. Then I’d do a tactical reload.

Get some cover, keep where I can be scanning him and scanning the surroundings. Call 911, state that I’d been attacked, and the nature of the attack, and that we need police and emergency medical there immediately. I would give them my description and the perpetrator’s description.

When the officers get there, I would hope that my gun would be in my holster and not in my hand, because otherwise you are a man with a gun, and they don’t know who’s who. I would repeat “this man attacked me (or robbed me, or whatever it was that led to the shooting).”

I would make the statement “I will sign the complaint,” which confirms from the outset that you are the victim/complainant, and the guy laying on the ground, doing an imitation of a victim is the actual perpetrator. I would point out witnesses, I would point out evidence. In the case of any further questions, I’d say “Officer, you will have my full cooperation, after I’ve spoken with counsel.” And hold to that like name/rank/serial number.

Why is this so important?

It’s just so easy for something to be said out-of-sequence. The questions will be asked in the order that they occur to the questioning officer. Because his notes are being taken in that sequence, it creates the illusion later that this was you narrating the sequence of events. Because you answer in the order that the questions come from the officer, if you clarify something later, it creates the illusion that you’ve changed your story.

What’s going through the officer’s mind when he’s on the scene?

The officer, first and foremost, is thinking about his own safety and that of his brother officers, and the safety of those around them. There’s always in the back of their minds, “is this an ambush.” I step out and see one man in a puddle of blood and another holding a gun, I’m going to order him to DROP – THAT – WEAPON.

The guy standing there is thinking “By God, I’m the taxpayer and I pay your salary…and I’ll be damned if I’m gonna drop my $3,000 Ed Brown Custom on the ground.”

What the officer sees, then is a man in a life-threatening situation who is refusing to obey a lawful command. We know where that’s going to end. If we have Blue-on-Blue shootings, where a plainclothes officer is shot by the responding officer, where in the Hell do you think that leaves the private citizen?

The citizen who drew and fired generally has a very stark, clear-cut situation, where he knows who was who. The third-party responding officer does not. A lot of it is what I’ve come to call the “Halo Effect.”

We have so much invested, ego-wise, in being the good guy. It’s like subconsciously we expect everyone else to be able see this halo around our heads, that shows we’re on the side of the angels. It’s easy to forget that to them, we are “man with a gun” there now. No shots have been fired (in their presence). They see you standing near the body, and you are literally holding the smoking gun. You fit the profile of (and how I hate the phrase) “active shooter.”

When the officer tells you to drop your weapon, is it permissible from the officer’s point of view to very carefully place it on the ground?

Absolutely not! Absolutely not, because it seems to the civilian who is thinking, “I know I’m the good guy, and I’m not going to damage this gun.” They may think, “Gee, I shoulda had a gun that was ‘drop-safe’” and they may be worried if they drop it that it’s gonna go ‘bang,’ it’s a lousy time to be thinking about that.

The slow movement; the deliberate disobedience of the clear command, it tells the officer that you’re starting to lower the gun to get him used to your movement, then you’re gonna come up shooting. At best, he’s gonna be taking up slack on the trigger. At worst you’re gonna get shot. When he tells you to drop it, DROP THE GUN.

Would you be better off putting the gun on the ground or holstering it?

Nope. You do not know when the situation might revive. I would do a tac reload and put the gun in it’s holster. I would explain to the officer who takes the gun, “Officer, the gun has been reloaded, and the partly-depleated magazine is in my left coat pocket, or wherever it is.

Will you be fingerprinted and relieved of your weapon(s) on the spot?

You won’t be fingerprinted at the scene. You can expect to be going downtown, unless the shooting occurred in your home and you are clearly identified to the officers.  Whether you ride in the front seat or the back seat is going to depend on the circumstances and the officer’s discretion.

What you’ve got here is not a rerun of a cowboy movie, “Good guys – one, bad guys, nuthin’” Society looks on this as the death of a citizen, and you are clearly the person at who’s hands they died. In many states, any homicide, including the most justifiable, officer-involved police shooting, automatically goes before the Grand Jury. You can expect to be brought in. I would expect to be questioned. I would plan on being held overnight. If you’re not, you’re ahead of the game. Like carrying the gun, you are planning for the worst-case scenario.

Would it be a good idea as a part of your personal-defense strategy to carry the card of a criminal defense attorney, to be ready in case of a shooting? Or would this look bad to the police and the D.A.’s office?

It would be unlikely to come up. Any police officer knows who his union representative is, that he’s going to call if he’s involved in a shooting. I see no problem with that at all. I think it’s also a good idea to have one “trusted other” to be designated as the one that gets the call “Hey, I’ve just been involved in an “x”-type of an emergency…I’ve left a list with you of people to call if I am ever in such an emergency.

Now, most of the time, this is going to be something like an auto accident or a medical emergency. Let’s say your cell phone is not working, and you have time for one call on a land line. Expand that thinking to encompass the what-if of a self-defense shooting.

Tomorrow: Part Two of the interview, where we delve into such topics as the dangers of muffin-tops versus inside-the-waistband carry, Massad’s take on Gabe Suarez trigger logic, and what the D.A.s consider “red meat” when evaluating a shooter’s claim of “self-defense.”