IN a recent post, RF advised TTAG’s Armed Intelligentsia not to listen to/financially support celebrities when it comes to gun control. Another case in point: New York Knicks b-baller Joakim Noah [above via nypost.com]:

Q: If you were president of the United States, you would …
A: I would make it illegal to buy guns.

The NRA’s internal split over Philando Castile – “Weapons empower extremes. Allowing members of any fringe of any movement to get their hands on military weapons guarantees that any normal dispute—political or, for that matter, domestic—can quickly lead to a massacre.” And yet, despite millions of black rifles in civilian hands, quickly-led-to massacres happen so rarely they make national news.

The Horrific, Predictable Result of a Widely Armed Citizenry – Adam Gopnik at The New Yorker takes a(nother) run at “assault rifles” and then intimates that the NRA’s failure to rush to judgment on the Minnesota licensed carrier case indicates a racist double standard. Uh, no. Time to try Lyft (assuming you don’t live in Austin): Uber Forces Customers to Take One Minute to Think About Gun Violence – “Are you an Uber customer? The company is forcing users of their service to take one minute and think about gun violence before booking a ride. When users open the app they see a message that reads: ‘our hearts go out to the victims of this week’s terrible gun violence. As we move around our cities this weekend, let’s take a moment to think about what we can do to help,’ the message preached.”

Top Navy official put on leave over threatening gun video – ” It’s unclear if the gun is loaded, but in the footage (Karnig) Ohannessian threatens to use it. ‘I can shoot the [expletive] out of you guys right now,’ he says. Shortly after the incident last month, the mother of one of the young men filed a complaint. Ohannessian, who is also a recipient of two meritorious civilian service awards, was briefly taken into custody.” As Navy Times reports, “Ohannessian is the primary adviser to the assistant Navy secretary for energy, installations and environmental programs including pollution prevention and management of natural resources at Navy Department installations.”

Good luck getting an answer to this one: You’ll Never Get a Liberal to Answer These Questions About Gun Control – “If the police are hopelessly racist and out to get black people, and guns are the cause of all the shooting, then who is going to disarm black people? … Just who does the left think should march into cities like St. Paul, New Orleans, Baton Rouge, Atlanta, Dallas, Baltimore, Los Angeles, Chicago and New York, and take the guns away from the gang bangers. Just how would that be accomplished without a massive loss of life?” 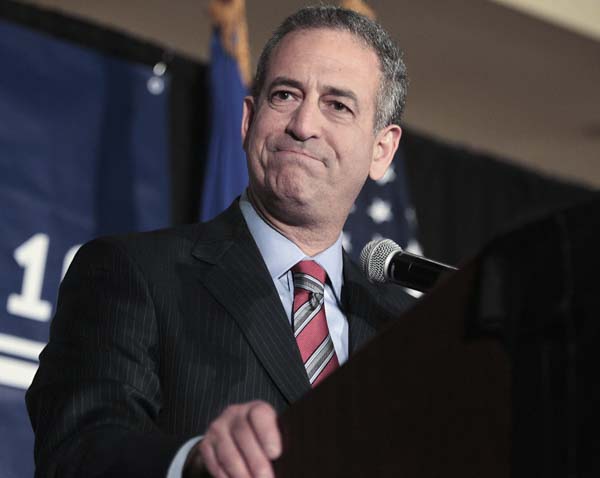 When Russ Feingold is no longer liberal enough for the Democrat Party….  Guns a thorny issue in U.S. Senate race – “(Russ) Feingold, meanwhile, faces a political challenge. He has tried to straddle the line on guns throughout his career, making pro-gun-rights statements while casting votes on both sides of the issue. Such a nuanced position may be more difficult to maintain in light of a growing sentiment among Democrats, including presumptive presidential nominee Hillary Clinton, to mount a full-throated push for gun control.” Sometimes there’s really nothing else to say: Man arrested after ‘giving teens drunken gun safety lecture using illegal pistol’ – and his name is Schmuck – “A man with the surname ‘Schmuck’ was arrested after allegedly giving teenagers a lecture on gun safety using an illegal, loaded firearm – while drunk. Police in Carlisle, Pennyslvania, said they were called to the store after Christopher Schmuck tried to educate the youngsters about guns while “highly intoxicated”. Officers claim he had a concealed .45 calibre Glock handgun in his trousers and at one point had a bullet in the chamber.”