Nuisances? . . . Getting a gun for self-protection? Ask yourself some questions first. – The world has driven many people to learn the nuisances of using deadly force in their home. That is not normal for those who aren’t gun people or haven’t had that life experience. Many have no idea how to start a home security program that involves a firearm. Engineering a lighter fighter . . . Marines Testing Polymer Solutions to Cut Ammo Weight – “The top equipment official for the Marine Corps recently said he believes that polymer is the answer to cutting ammunition weight for infantry squads. The Marines are focusing on lightening the load infantry squads carry into battle, William Williford, executive director of Marine Corp Systems Command, told an audience Monday at the Navy League’s Sea, Air, Space Exposition. ‘We have to have lighter equipment,’ Williford said, adding that the service is interested in using ‘polymer magazines, polymer rounds’ and other polymer products to reduce ammunition weight.” Oh look, an Uber driver who values his life more than the company’s anti-gun policy . . . Uber driver shoots man trying to jack his car in Mid City, police say – “According to police, a 44-year-old Uber driver who was dropping off a passenger when two men approached the car and pointed a gun at the man telling him to drive. The Uber driver said he drove to an unknown location near Bienville and N. Telemachus streets where the two men told the driver to get out.  The driver said he then got out of the car and fired a gun at the two men, hitting one of them.” Clogging up the works to limit a civil right . . . Opponents filibuster bill to restrict local gun rules; ‘This is not the Wild West’ – Concertgoers file into Pinnacle Bank Arena with handguns openly strapped to their hips. It’s a scenario Lincoln Police Chief Jeff Bliemeister said could play out if Nebraska lawmakers pass legislation that would prohibit Lincoln, Omaha and other cities from enforcing most local gun ordinances. That’s why he spent Tuesday afternoon at the State Capitol, urging lawmakers to oppose the bill as they debated it on the floor. Such scenarios prompted concern among some state senators. ‘This is not the Wild West,’ said Sen. Patty Pansing Brooks of Lincoln. ‘This isn’t every gun in every place.’” 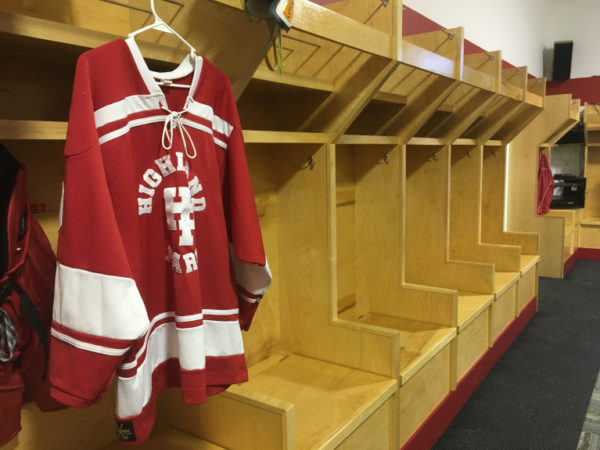 Oh, the humanity! . . .  BB guns on Highland Park hockey trip lead to athletic director’s suspension – “The Highland Park High School athletics director was suspended without pay for one day earlier this year after several students were found to have played with BB guns at his cabin during a hockey team road trip. Pat Auran, a former physical education teacher and hockey coach at Highland, learned from coaches that two students each had a BB gun in their possession during the two-game trip to northern Minnesota over Thanksgiving weekend. The coaches told the students to put the guns away, but no one took the guns from them or notified their parents, according to a discipline letter St. Paul Public Schools released to the Pioneer Press in response to a public records request.” Don’t try this at home, kids. There would seem to be more to this story . . . Fake Cop With Guns, Bulletproof Vest Arrested At Lewis University: Police – “A Texas man spotted with two guns and a bulletproof vest at Lewis University claimed he was a Chicago cop and said he was conducting a “special detail” at the Romeoville campus, police said. Romeoville police responded to a report of a man with two guns and a bulletproof vest walking on campus at 11:47 p.m. Monday. Police met with campus safety officers, who said they were alerted to a man wearing a bulletproof vest with the word ‘Tactical’ on the back, along with a duty belt with a holster and firearm. Campus security located the suspect, identified as 24-year-old Reggie Shepherd of Fort Bliss, Texas. Police said Shepherd cooperated with campus security officers and was no longer wearing the bulletproof vest or weapon.”

Three generations of duck hunters share cherished traditions and valuable life lessons amid the flooded fields and timber of Arkansas.