Tell us again how we need to expand the NICS system to include even private gun sales . . . Tens of thousands with outstanding warrants purged from background check database for gun purchases

Tens of thousands of people wanted by law enforcement officials have been removed this year from the FBI criminal background check database that prohibits fugitives from justice from buying guns.

The names were taken out after the FBI in February changed its legal interpretation of “fugitive from justice” to say it pertains only to wanted people who have crossed state lines.

What that means is that those fugitives who were previously prohibited under federal law from purchasing firearms can now buy them, unless barred for other reasons. 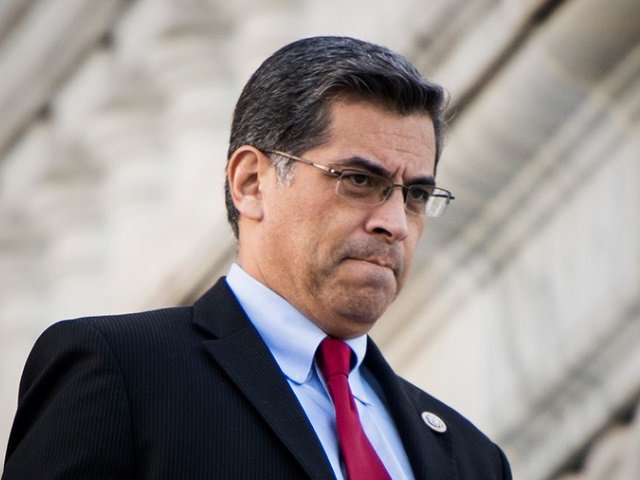 Once again, the California DOJ and Attorney General Xavier Becerra have used 11th-hour tactics to push its anti-gun agenda, this time by releasing new proposed “assault weapons” regulations right before a major holiday.

FPC has published the new proposed regulations at BulletButtonBan.com — a Web site it established in 2016 for tracking the new California assault weapon laws and regulations — where members of the public can use FPC’s grassroots action tools to submit written comments to DOJ regarding the proposed regulations. A public hearing on the new regulations is scheduled for 10 a.m. on January 8, 2018, at the Resources Building Auditorium in Sacramento.

Last December, the California DOJ submitted its first attempt at “assault weapons” regulations under the Office of Administrative Law (OAL) “File & Print” process, which means that the DOJ believed the regulations were not subject to public notice or comment. However, thousands of FPC members and Second Amendment supporters sent letters opposing the secret process through FPC’s grassroots tools and, without further comment, the DOJ withdrew the regulations near the end of OAL review period.

The issues by party affiliation . . . Where Americans agree and disagree on gun control

Some of the widest partisan divides over gun control policies involve allowing teachers to carry guns and permitting concealed carry in more places. Republicans and Democrats also differ greatly when it comes to the role legal gun access has in gun violence.

While rigid partisanship seems to rule the gun control debate, both Republicans and Democrats tend to agree that those with mental disabilities and those on no-fly or watch lists should be barred from legally owning guns, according to a Pew Research poll from this spring. What Mike does with his pocket change . . . Bloomberg-Funded Gun Control Lobby Spent Over $71 Million Total in Three Election Cycles

The tens of millions of dollars that flow into Micheal Bloomberg’s gun control lobby via his direct, personal donations are complimented by millions that he spent for SKDKnickerbocker to make gun control look popular and achievable.

On October 26 Breitbart News reported that Bloomberg dumped over $50 million into the gun control lobby in the year 2014 alone. Slate reported that this money consisted of a $36 million gift to Everytown for Gun Safety and $16.7 million to “[support] governors who favor tighter gun laws.”

Pretty sure there’s no one in Congress who’s capable of feeling shame on any issue . . . States, cities shame Congress by banning rapid-fire ‘bump stocks’

States and cities are taking the lead when it comes to banning rapid-fire “bump stocks” for guns after Congress has done nothing on the issue.

Proposals to ban bump stocks — devices that turn a semi-automatic rifle into one that fires like a fully automatic weapon by using its forceful recoil to quickly re-engage the trigger mechanism — caught fire in Washington after reports that the shooter in the Las Vegas massacre had used them in his attack.

Politicians from both parties, including Republicans often opposed to gun restrictions, said banning their sale should be seriously looked at. But nearly two months after Reps. Carlos Curbelo, R-Fla., and Seth Moulton, D-Mass., introduced a bipartisan bill to outlaw bump stocks nothing has happened.

Here’s one that narrowly avoided the table . . .