For most gun control advocates, the one thing they will absolutely never want to touch is the hunting abilities of the American population. Nevermind that’s not even the point of the second amendment, for some reason hunting is the “third rail” of gun control. The problem for them is that hunting rifles are continuously evolving, and the next generation of hunters have already picked their weapons… In the earliest days of hunting in the United States citizens used the exact same style firearm for everything, be it military service, home defense or hunting. The most popular model was the British Land Pattern Musket or “Brown Bess” that was mass produced for military use and also used for trade. But also used in the colonies were one-off muskets built by local gunsmiths who manufactured their own firearms for civilian sale. These muskets were indistinguishable from military firearms in terms of operation or firepower, and the only real difference was the bayonet lug on the military version.

The wide availability of these early firearms made them popular for hunting as well, as they removed the requirement for hunters to be strong enough to nock and draw an arrow in order to harvest wildlife. This also enabled hunters to stalk their prey more effectively, since they did not have to make any big obvious movements before taking the shot. The next great leap forward came in the form of rifling. While previous firearms were simply long straight tubes, rifling created spiral cuts in the barrel to twist the bullet and spin it like a football. This greatly improved accuracy, and made long distance shooting possible.

After the Civil War, the wide availability of rifled muskets combined with the better understood mechanics of rifling made it possible for a rifle to be in every person’s hands who wanted one. The benefits were obvious — improved accuracy meant the ability to harvest an animal from a greater distance, and the ability to put rounds more accurately on target also meant that the process was quicker and more humane for the animal.

In short, rifling made hunting better for all parties involved — including the animal.

For the next hundred years, every time a major advancement was made to the standard infantry weapon the hunting community was right there adopting it. This was partially due to the great new features, but also thanks to the millions of men and women in the armed forces who were trained with these weapons and wanted to keep hunting with a familiar weapon when their enlistment ended. When the U.S. Army moved to the Springfield 1903 rifle, the hunters adopted it as well. Self contained ammunition and the ability to shorten the stock to make the gun lighter were major improvements over previous models. 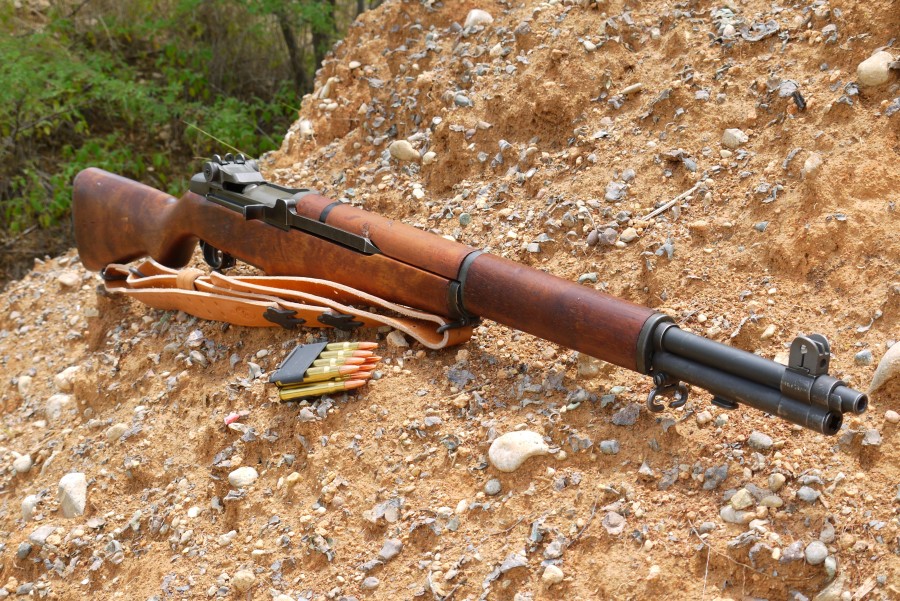 The M1 Garand was the popular hunting rifle in its day, thanks in no small part to the U.S. Government selling off their surplus stock after the wars to the civilian population. The semi-automatic action made it much easier to make a follow-up shot on animals, and increase the chances of not walking out of the woods empty handed. Its also handy in controlling herds of animals, like wild boars. The latest generation of hunters grew up with the M-16 and its variants, and there’s no wonder that it is now becoming one of the most popular hunting platforms in the United States. Its an ingeniously modular design that allows shooters to customize the rifle to fit their body and their hunting style, changing everything from the length of pull for the stock to the caliber being used.

The AR-15 (the civilian M-16) is lighter, more accurate, and more highly customizable than anything on the market ever before. And the end result of that customization is my current hunting rifle. The adjustable stock gives me the ability to change the shape of my rifle to suit my firing position. The silencer lets me listen to the world around me, including if there are any humans around (so I don’t shoot in their direction) and find the prey, all while keeping my perfect pitch in tact. The flashlight lets me hunt later into the night, when the “pest” animals are typically out and most vulnerable. And the high capacity magazine lets me engage more vermin in a short period of time.

The AR-15 is, in fact, the perfect hunting rifle. And with more and more people buying these rifles, it’s quickly becoming the most popular hunting rifle in the United States (and therefore the world).

And that’s what confuses me. Every time gun control advocates talk about restricting these “non-sporting” firearms, it seems like none of them have ever checked into what kinds of firearms actually are actually being used for sport. Mossberg might have it right — the AR-15 really is the “modern” rifle. Now if only everyone else would realize that….