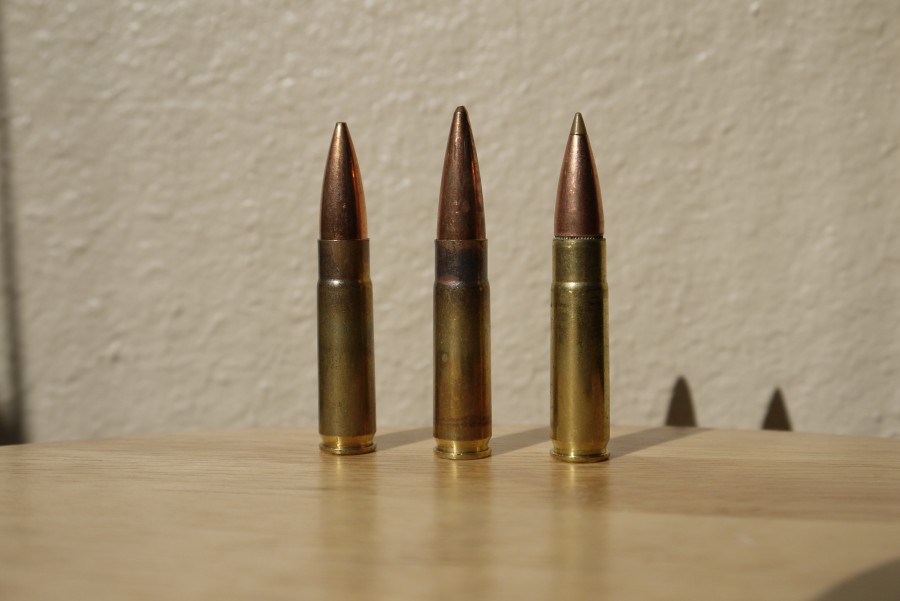 I saw this comment on the ammunition review of 300 AAC Blackout I posted a while back:

Muzzle energy is a clumsy indicator of killing ability. I’ve hunted with my Blackout a few times now and it just doesn’t kill as quickly as a 223. We’ve gone back to using 223 for its superior temporary wound cavities that high speed ballistic tips produce. The slower crush-trail left by 300Blackout is more akin to a handgun round. It’s a great little sub-sonic fun-gun though. For serious stuff, stick to the .223.

And frankly, I think the problem is with your ammo selection and not the caliber itself. Here’s why.

Subsonic 300 BLK ammo is roughly comparable to a 45 ACP round. No, seriously — go look it up. Both calibers fire a 200 grain slug at roundabout 1,000 feet per second. So its not surprising that subsonic 300 BLK would mimic a handgun instead of a rifle. Which is exactly why its not meant for hunting larger game.

I’ve seen more than one person make the mistake of thinking that because the ammo has a high weight (220 grains for subsonic compared to the normal 125 or 115 grains for supersonic) and open tip that its designed to do the most damage and bring down animals, and that’s just not true. Subsonic is heavier to give enough pressure to the gas system to cycle the action, the weight being secondary to the speed. And while they may appear to have an open or “hollow point” tip, in reality that’s a byproduct of the manufacturing process and not a design element. 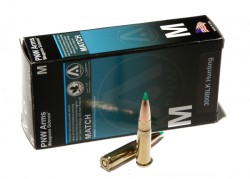 For hunting, you want to go with one of the lighter and faster loads. PNW Arms (for example) has a specifically designed hunting load that have ballistic tips designed to expand upon impact and zips along right around the same velocity of Remington’s “Managed Recoil” .308 Winchester rounds that have been massively popular for deer hunting in Virginia and other places. In other words, their ammo has more or less the same properties of one of the most popular hunting loads.

Subsonic ammo is great for some hunting, particularly close range varmints like nutria. But when you’re hunting larger animals, use the faster stuff. It might not be as quiet, but it gets the job done better.

In short, if you’re thinking about hunting with 300 AAC Blackout remember to grab the faster stuff. That’s not to say that subsonic bullets can’t bring down animals — in fact, they have killed many — but the larger wound channel left by the supersonic rounds makes for a more ethical kill. Your targets will thank you.