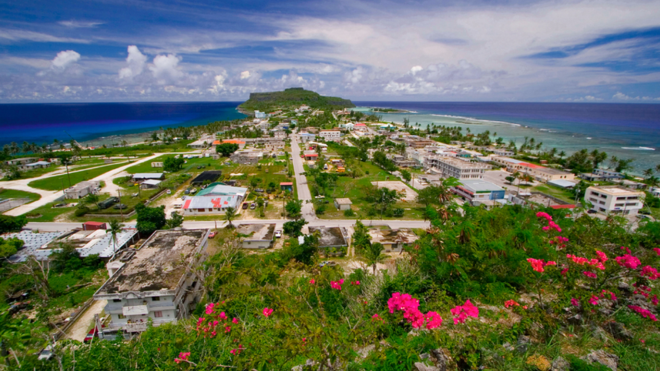 The United State District Court for the Commonwealth of Northern Mariana Islands (CNMI) recently ruled that the island chain’s gun laws — written by a peace corps volunteer in the 1970’s — are unconstitutional. The House and Senate of the Commonwealth of the Northern Mariana Islands reacted to the Court’s ruling by passing S. B. No. 19-94, “To regulate the possession of firearms in the Commonwealth.” The bill passed the Senate unanimously. The short title is the SAFE Act (Special Act for Firearms Enforcement), perhaps in reference to the infamous New York law of the same name. It has not yet been signed by the Governor. Reading the bill . . .
It’s clear its authors looked at the most restrictive possible language from appellate courts in the circuits most antagonistic to Second Amendment rights. Then combined provisions of those laws, to make it as difficult as possible to possess or use for defensive purposes, any firearms in the CNMI. The authors specifically cite the Cities of Highland Park (a suburb of Chicago), the District of Columbia, and San Francisco as models for their SAFE Act.

There are the exemptions from the bill for “Any judge, justice, judge pro tern, justice pro tern, administrative hearing officer, or administrative law judge,” all police officers, all correction officers, parole officers, customs officers, and anyone else designated as a law enforcement officer. The bill gives several officers the ability to grant immunity from the provisions of the bill to whomever they please, by designating them as “law enforcement,” “Investigator” or deputy. The Public Auditor, the Attorney General and the Commissioner of Public Safety all have this power to some degree.

For resident without political connections, Islands carry will be extremely limited. Some exemptions exist for private property owners, but private property may only be owned by people in the direct line of descent of people who were born on the Islands before 1950. This eliminates the private ownership of real property for over 50 percent of the population.

The new law would continue the CNMI’s ban on any rifle but those that fire .22 rimfire or .223 caliber centerfire cartridges, and any but .410 shotguns. The law establishes “gun free zones” out to 500 feet from day care centers, or places of worship, casinos and areas that extend 500 feet around any building owned by the Legislature, Attorney General or Court. The bill would also impose a $1,000 “temporary tax” on the importation of any pistol into the CNMI within one year of the statute being passed.

The law seems destined for passage. How much of it — if any — will be challenged in court remains to be seen.