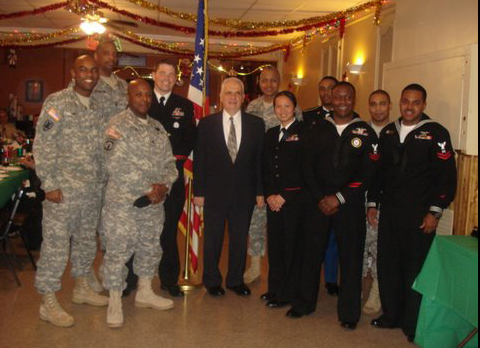 Pro-gun control pols are hypocrites. They’re perfectly happy to pass laws that make it difficult if not impossible for law-abiding Americans to exercise their natural, civil and Constitutionally protected right to keep and bear arms yet they, personally, have armed guards. In many cases, the politicians intent on disarming civilians are protected by a taxpayer-funded police detail. That’s bad enough. To my mind, this is worse: “State lawmakers are trying to carve out a loophole for retired cops in the sweeping state gun control law that Gov. Cuomo has touted as the toughest in the nation.” I don’t think “toughest” means what the New York Daily News thinks it means. But I do think the word “outrage” covers this. Take your BP meds and steel yourself for the deets . . .

A bill approved by the state Assembly Thursday would allow retired police officers to keep assault weapons and high-capacity magazines they purchased during their time on the force.

“They are going to have what they retired with, what they trained on,” said Assemblyman Joe Lentol (D-Brooklyn), who sponsored the bill.

Lentol said the bill — which was approved by a 96-15 vote — simply corrects an “oversight” in Cuomo’s original gun law that failed to account for retired cops and federal law enforcement officers, who, despite no longer serving, often take action during a crisis.

“We put this bill forward in order to make sure retired police officers have the firepower they need in the situations where it is necessary,” Lentol said.

To which the only possible response is: FOAD. This political hack reckons it’s OK for retired cops to have “assault weapons” and “high-capacity magazines” for self-defense but not law-abiding American citizens?

Did I wake-up in Communist East Germany this morning? What possible excuse could a democratically elected official in a Constitutional republic possibly provide for this “four legs good, two legs bad” elitism regarding a fundamental right guaranteed by the United States Constitution, to which Mr. Lentol swore an oath?

Need more hypocrisy? How about this: Empire State gun control advocates are OK with retired cops keeping and bearing “assault rifles” and “high-capacity magazines.” Not to mention loading more than seven rounds in a ten-round magazine (which residents are prohibited from doing).

Cuomo has not yet weighed in on the bill. His office said he is reviewing it but the state’s gun control advocates do not object.

“Law enforcement personnel are trained in the use of firearms,” said Leah Gunn Barrett, executive director of New Yorkers Against Gun Violence. “I don’t think it is going to weaken the intent of the law at all.”

The intent being to disarm American citizens—but not a protected class of citizenry. Remembering that cops are civilians, too. Gun rights advocates are understandably apoplectic. Well, I’m apoplectic. Tom King is resolute.

“When you retire from being a police officer you are just an ordinary citizen,” said Tom King of the New York State Rifle and Pistol Association, which has already filed a federal lawsuit against Cuomo’s law.

“There are just as many normal, everyday gun owners who have just as much training as many of these police officers do,” King said.

Which is completely besides the ‘effing point. It’s not about competency. It’s about exercising an uninfringed right to keep and bear arms. A pox on these politicians houses, the police who support them and all those who kowtow to their tyranny, knowingly or unknowingly. Now give me my damn coffee. I’ve got work to do.