John Farnam writes [via Ammoland.com]: What we currently call the “M4″ has been, in various forms, our standard Infantry rifle since the 1960s. . .

As with any new piece of critical equipment that is haphazardly rushed into service in the middle of a war (Vietnam), testing was inadequate (much of it glossed-over), and there were thus a number of “start-up problems” when this new rifle hit the field, some of which proved fatal to more than one young soldier.

The episode represents an unsavory chapter in our military history, and many in my generation have not forgotten, and never will.

Over the next sixty years, the rifle and caliber (5.56×45) stuck around. In fact, we still have it. To their credit, the Pentagon has since made many improvements, addressing specific issues. And, our industrial sector, producing M4s for the consuming public, also made changes. Some good; some silly.

As a result, today’s M4 Rifle runs about as well as any military rifle ever has. But, like all military rifles, it has issues that are endemic:

The extractor is small and weak – Tends to break, along with the extractor spring. For that reason, I carry a spare BCG (bolt-carrier group) with me. Replacing the extractor in the field is a little tedious. Replacing the BCG is easy and takes seconds. And like all serious Operators, I have an MGI “D-Ring” installed on all my M4s.

The M4 needs to be wet – We once thought in a desert environment, like Iraq, less lubrication was required. The exact opposite is true. In hot, dry, gritty climates, much lubrication is necessary, in order to keep grit in suspension and keep the rifle running. High-tech coatings and surface treatments alter that formula a little.

But, when you’re carrying an M4 for serious purposes in a hot, dry, windy, gritty place:

When you keep your M4 wet and keep grit out of the receiver, it will run and run.

The positive side of the M4 Rifle:

Weight –  The M4 battle rifle is significantly lighter than any gas-piston rifle, and has fewer moving parts. In battle, every ounce that must be carried is a burden, particularly at high altitude. Light guns translate to more ammunition.

Accuracy – The production version of the M4 is a two-moa rifle, unheard of prior to the arrival of the Stoner System. For all their wonderful attributes, production versions of the M1 and M14 are four-moa guns. Most Kalashnikovs are five, plus.

Heat – The genius of the Stoner System is that, during rapid fire, heat is spread-out over the entire receiver, instead of being concentrated in the gas-piston area. Thus, the rifle heats-up slower than is the case for most gas-piston systems.

The rest of our military is still sitting on a fence.

For all the raging debate, it is my opinion that the rifle itself is not our main problem. The Stoner System, while far from perfect, is just fine.

The problem is the rifle caliber with which we have been stuck since Vietnam.

For domestic law enforcement and personal defense, the 5.56×45 is acceptable.

But, in a battle rifle, the 5.56 comes up short. I’ve lived through a least half-dozen attempts to “improve” the cartridge, and provide it with satisfactory range and penetration. Each succeeding “wonder bullet,” despite all the promotion, has failed to live up to the hype.

We need, once more, a 500m rifle that shoots bullets that actually go THROUGH things. We don’t have anything close to that now. 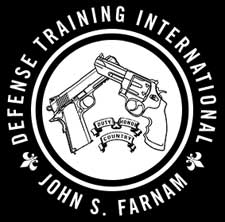