Six weeks ago, we covered Creepy Joe Biden’s intention to join the race for the Democrat nomination for president in 2020. Sure enough, the king of gaffes, plagiarism and inappropriate touching has entered the race and The Hill reports he has surged to a big lead among Democrat voters.

Biden, who announced his White House bid early Thursday, leads among Democrats and voters leaning Democratic with 38 percent support of those surveyed, according to the poll.

Sen. Elizabeth Warren (D-Mass.) came in second in the poll with 12 percent support among those surveyed, followed by Sen. Bernie Sanders (I-Vt.) with 11 percent, the poll found.

No doubt we stand at the precipice of best primary election season, ever.

Mr. Gaffetastic might even prove more of a gift that keeps on giving than Alexandria “Time to Ban All Semi-Autos” Ocasio-Cortez. And that’s when he’s not groping, sniffing or otherwise inappropriately touching various women and children. Also among Uncle Joe’s other vulnerabilities: His relentless campaigning for gun control.  He thought he had a sure winner in the aftermath of Sandy Hook.

Six weeks after their reelection, the president put Joe Biden in charge of the most serious push for gun control in decades, sparked by the massacre of children at Sandy Hook Elementary. It seemed like the moment when national outrage might lead to congressional action.

Biden did not deliver.

And Joe has quite the reputation for a great intellect, too.  Like his recommendations for effective self-defense strategies for women. “Buy a shotgun. Buy a shotgun,” he said. And that cemented his “buy a shotgun” reputation.

Where did he offer this lousy advice about buying a shotgun for women’s self-defense come from? It came from a Facebook town hall meeting for Parents Magazine. Really.

The all-knowing Vice-President shared his sage advice when the topic turned to guns. 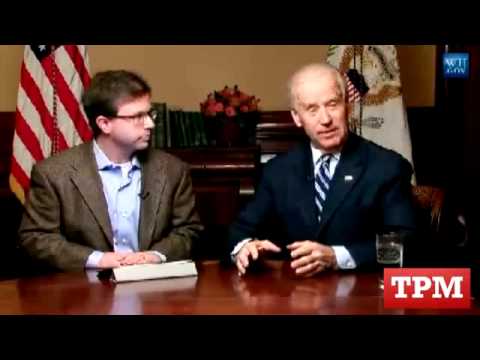 Biden shocked many of the delicate snowflake parents listening that day with his full-throated support of gun ownership for armed self-defense. The foreign media were nonplussed as well. Here, the UK Telegraph reports on Biden’s advice:

The US vice-president, who is spearheading the White House’s gun policy proposals, said he told his wife to reach for the family shotgun if there were an intruder at their secluded Delaware home.

“Jill, if there’s ever a problem here, just walk out on the balcony, here, walk out, put that double-barrel shotgun and just fire two blasts outside the house,” Mr Biden said.

The unusual advice came during an online forum with readers of Parents Magazine, where Mr Biden shocked some liberals with his enthusiastic endorsement of shotguns for self-defence.

At the same time, among people with a brain, Biden’s statements self-identified him as a fool. And a subsequent YouTube mash-up of Biden’s advice intermingled with videos of women having bad experiences shooting shotguns made for entertaining viewing. 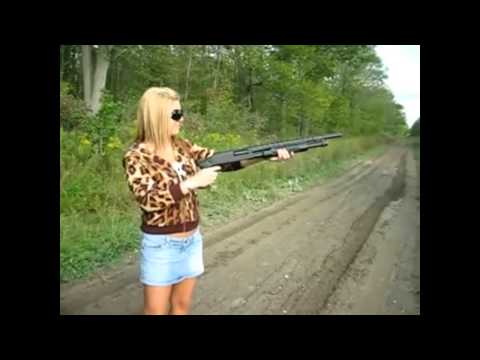 Or until Michelle Obama announces her candidacy.