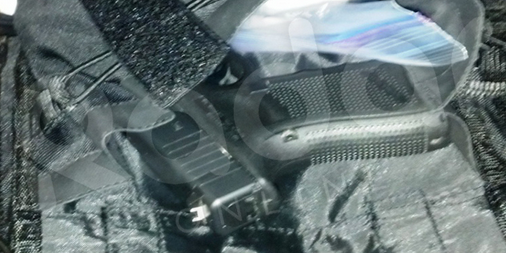 The “stash” itself isn’t news; tmz.com released George Zimmerman’s firearms inventory back in November. But radar.com‘s just released ACTUAL IMAGES of the guns found in GZ’s possession during his last and hopefully final run-in with the law. The pics are blurred and heavily watermarked but it’s the headline’s ballistic bombast that’s so beguiling. radar.com’s reckons the former Floridian’s got a “chilling arsenal.” (Not to be outdone, The Daily Mail, reckons Mr. Zimmerman was “armed to the teeth.”) Here’s the list of “deadly weapons” Herr Zimmerman was “hiding” inside his Florida home . . .