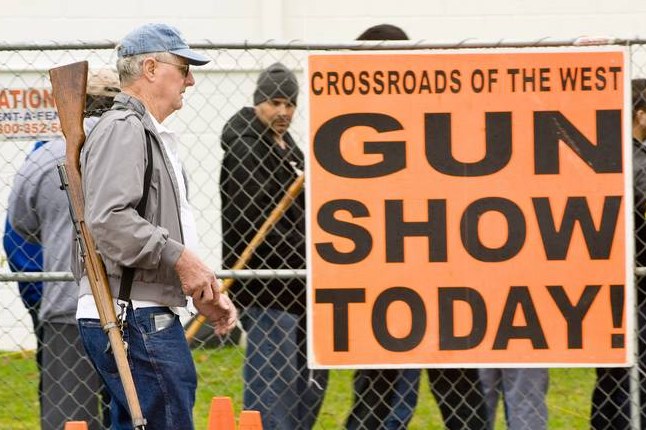 Leave it to the Obama administration to prod local police to cruise gun show parking lots with license plate scanners. Again. It’s nothing new to us. The plan, originally conceived by bureaucrats at the Bureau of Alcohol, Tobacco, Firearms and Explosives (and really big fires) back in 2010 is again in the news with a story in the Wall Street Journal.

The program is so shady that even the Journal has qualms about it. They are right. Uncle Sam snooping through parking lots to build a list of who’s naughty and who’s nice at gun shows is more than a little creepy. Especially for an administration that’s proven its willingness to weaponize government against political opponents. What’s next? Cruising the parking lots at Trump rallies? Chick-Fil-A restaurants?

Initially the plan, according to the WSJ, involved comparing gun show attendees’ plates with plates of folks heading south across the Mexican border. Was the BATFE looking for those competing with its own Project Gunrunner/Fast and Furious? That’s the program where the US Government literally gave guns to the Mexican drug cartels.

Emails reviewed by The Wall Street Journal show agents with the Immigration and Customs Enforcement agency crafted a plan in 2010 to use license-plate readers—devices that record the plate numbers of all passing cars—at gun shows in Southern California, including one in Del Mar, not far from the Mexican border.

Agents then compared that information to cars that crossed the border, hoping to find gun smugglers, according to the documents and interviews with law-enforcement officials with knowledge of the operation.

The investigative tactic concerns privacy and guns-rights advocates, who call it an invasion of privacy. The law-enforcement officials say it is an important and legal tool for pursuing dangerous, hard-to-track illegal activity.

Generally, people have no reasonable expectation of privacy in public settings. That would certainly apply to someone recording your license plate number in a parking lot or public street.

There is no indication the gun-show surveillance led to any arrests or investigative leads, but the officials didn’t rule out that such surveillance may have happened elsewhere. The agency has no written policy on its use of license-plate readers and could engage in similar surveillance in the future, they said.

It’s no surprise that people who attend gun shows are law-abiding. In fact, most folks don’t know that the US Department of Justice once conducted a study that found that exactly 0.7% of criminals got their guns from gun shows (not that you’d ever hear that state from the “universal background check”-loving media). See Firearm Use by Offenders – Bureau of Justice Statistics. That doesn’t stop the anti-gun folks from portraying gun shows as wretched hives of scum and villainy only frequented by the criminally-inclined.

Back to the WSJ:

License-plate readers are increasingly used by law-enforcement agencies as a way to search for fugitives, missing children, and, recently, the man who allegedly set off a bomb in New York City.

But their use at gun shows occupies a murky legal ground. While technology and data collection have greatly expanded the ability of government and companies to monitor citizens’ activity, U.S. courts, lawmakers, and senior officials have been slow to make clear what types of mass surveillance cross the line into violations of constitutional rights.

Remember…government is just another word for the things we choose to do together.

And anti-gun people wonder why The People of the Gun don’t trust the government.