Millions of Americans carry a firearms every day. And that number’s growing all the time. Yet not all of them pack a reload. IN fact, it seems safe to assume that the percentage that carry a reload is smaller than the percentage of people who have faith in our federally elected officials.

Then again, not everyone thinks carrying a reload is that important.

John Correia from Active Self-Protection wrote in his piece “Lessons From Observing 5000 Gunfights“:

2. Reloads are almost vanishingly insignificant factors in gunfights. I have seen precisely 2 reloads in a real gunfight that weren’t on-duty LEO. And neither of those affected the outcome of the fight. I have seen about 7 or 8 where a higher capacity firearm or the presence of a reload might have affected the outcome. So 0.2% of what I have witnessed. Don’t spend much valuable class time teaching emergency and retention reloads…at least until your highest level classes where all the fundamentals are flawless. I like Tom Givens‘ focus on the PROACTIVE reload once the fight is over. That has value in my opinion.

I respect John Correia a lot. Having said that, I’ve always been taught to carry at least one reload. Malfunctions happen. Also, if someone attempts a disarm, magazines sometimes end up on the ground.

I have heard a dozen or more reasons over the years to carry a reload. I always come back to my personal favorite: ammunition is like bubblegum. If you don’t have enough to go around, you’re in real trouble. 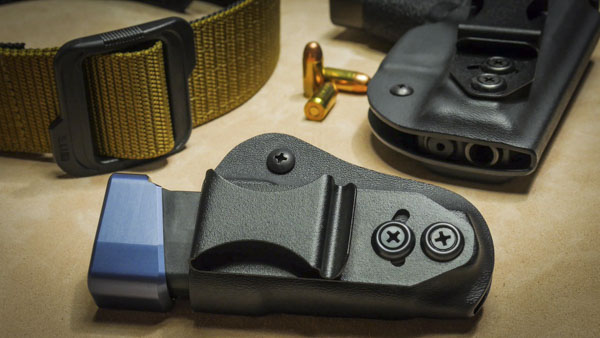 I don’t walk out of the house without two reloads. Is that excessive? It’s only another pound of gear to go with the other eight pounds of stuff I carry every day anyway.

I realize that most civilian defensive gun uses fit the profile of three rounds or less in three seconds or less at three yards or less.  At the same time, I understand that, like distance, more ammunition gives me options. And options mean safety.

As far as reloading in the immediate aftermath of a gun battle, it depends. Can I reload safely from behind cover while keeping an eye on my environment? Can I do so while ensuring the magazine seats properly? Both are important considerations.

So…why don’t you carry a reload?

California Woman Shoots Machete-Wielding Burglar She Found in Her Closet