In this day and age of high-velocity small bore rifle cartridges that have speeds advertised as almost capable of breaking the space-time continuum, older and slower rounds that while dependable are often shoved aside as being obsolete, and one of those is the venerable .22 Magnum . . .

Developed by in 1959 by Winchester, for their Model 61 pump rifle, the .22 Winchester Magnum, also called .22 WMR or Winchester Magnum Rimfire was a rimfire round designed for small game. Especially varmints like fox, raccoon, and even coyotes out to 100 yards, without doing a lot of damage to the hides.

The .22 WMR was very important thirty and forty years ago when fur prices were much higher. These days hunters don’t worry as much about the pelt damage. In the last sixty years, dozens of new rounds have been introduced that are both faster and more destructive than the .22 Magnum. So what does the little rimfire round offer in this day and age?

While the .22 WMR Magnum might not be the fastest and most glamorous round out there it does make a very decent all-around survival and personal round in a rifle.

So why would someone want a .22 Magnum when you could instead choose something like a .223 or a round reasonably similar? One of the reasons to have a survival round is that you want to be able to shoot game with it and that includes small-game, and while you might get some bloodshot meat on a squirrel or a rabbit with the .22 Magnum, that cannot compare to the damage of a higher velocity .223.

I was once given a whitetail deer that had been struck by a car only enough to break its leg. It had to be dispatched by a sheriff’s deputy with his .223 carbine. The deer had been shot in the head from about 15 yards away. Most of the skull on the left side past the eye and to the ear and nearly halfway across the top of its head was just gone.

That swore me off ever wanting to shoot a .223 at any small game animal that I intended to eat. I once shot a squirrel back when I was about nineteen years old with a .25-20 rifle. It was a clean shot right behind the shoulder, and afterward, there was no shoulder or much of anything else.

When it comes to personal defense, granted the .223 is hard to beat with its proven track record, the .22 Magnum is not as anemic as one would think. A 40-grain bullet from the little rimfire with a muzzle velocity of 1,900 fps has 325 ft. Lbs of muzzle energy.

While that doesn’t sound like a lot, it’s more than the .380, the .38 Special and is knocking on the door of the 9mm. The .22 Magnum is simply not the weakling you might think. There are a variety of rounds out there, everything from a 30 grain V-Max with a muzzle velocity of 2,200 fps to a slew of 40-grain bullets like the soft-jacketed point, jacketed hollow point, and full metal jacket, all averaging around 1,900 fps.

Another reason to pick a .22 Magnum: the cost of the ammunition. It might not be as cheap as it once was but I can still find a box of fifty rounds for about $15 or so. Ammo for the .22 Magnum takes up a heck of a lot less room than fifty rounds of even the smallest of centerfire rifle rounds; convenient if you want to keep the gun in a truck or take it on a long hike.

Just about every gun maker offers a .22 Magnum, from semi-autos like the Savage A22, the Remington 597 Rifle and the CZ-512 Semi Auto Rifle to a number of bolt actions from Mossberg, Marlin, Ruger, and others.

The market also offers lever action .22 Magnum rifles. Henry Repeating Arms makes them, along with a pump action .22 Magnum, a rifle that evokes the good old days when Winchester made the Model 61 pump.

I found that neither the Henry nor the Crickett liked the Hornady 30 grain V-Max bullets; in fact, the Henry seemed almost allergic to them. At 25 yards the groups were terrible, and the rounds were not only landing left, but they were also keyholing. The Crickett was slightly better, but just with a pretty broad group opening up. 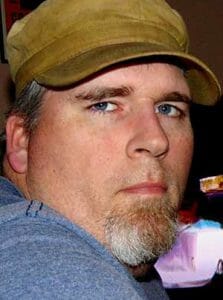 On the other hand, both guns did well with CCI 40 grain JHP loads. At 25 yards the Henry put out a three shot group of only ¾” with the factory open sights, and the Crickett with the same ammo shot a one-inch group. Most of the .22 Magnum rifles I have shot over the years all seemed to shoot better with 40-grain bullets versus the lighter loads, but you need to test out which work best in your gun.

The .22 magnum round started life almost sixty years ago as a small game and varmint round for those who wanted to use it on furbearers when the prices for pelts brought you more than just the cost of a Happy Meal. That time might be passed but .22 Magnum ammunition can find a new life as a survival rifle and if need be for personal defense, something that few other rounds can do and do well.

David LaPell has been a Corrections Officer with the local Sheriff’s Department for thirteen years. A collector of antique and vintage firearms for over twenty years and an avid hunter. David has been writing articles about firearms, hunting and western history for ten years. In addition to having a passion for vintage guns, he is also a fan of old trucks and has written articles on those as well.