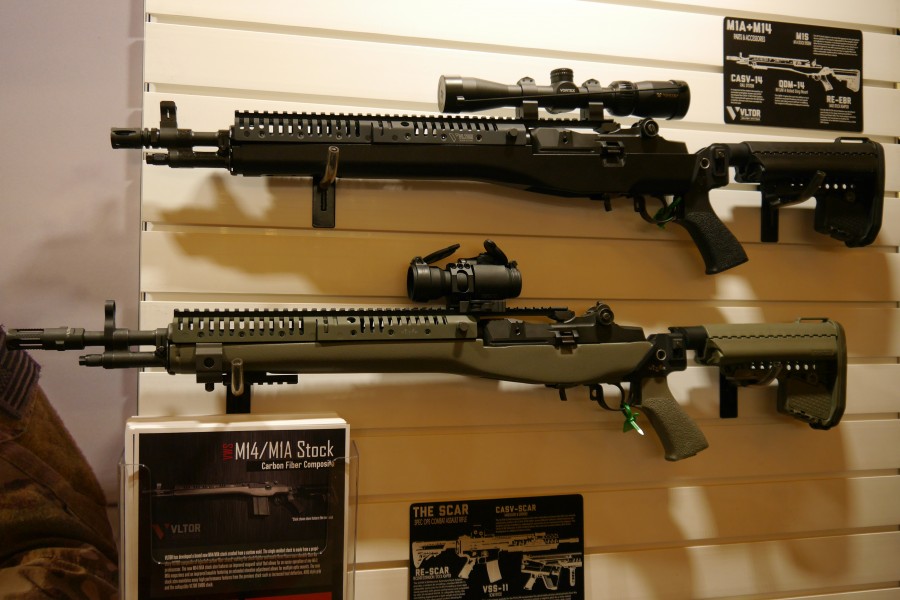 The M14 is a beast of a rifle. And I mean that not only because the rifle is still an accurate and effective battle implement over 75 years since the original design (M1) was fielded, but because the rifle is a chunky and massive piece of metal to lug around the battlefield. In a world where super slim rifles are all the rage and the “pounds equals pain” mantra is ringing strong, VLTOR has taken it upon themselves to reduce the overall weight of the M14 even further.

Their original M14 stock that they introduced a while ago was just a stripped down USGI stock, but the composition wasn’t right — it kept splitting, and still was a very effective boat anchor. This year, VLTOR has swapped out the old stock for a carbon fiber composite version that holds up way better under stress, and has chopped the weight down to a svelte 2 pounds and change. It’ll cost you, but it feels pretty great. And the ability to slap an adjustable stock on the end is a definite benefit.