People in England and Wales have two weeks to hand in guns, other weapons and ammunition to police stations without being punished for possession.

People who surrender firearms will not automatically be charged, but will be if they are later connected to a crime.

The National Ballistics Intelligence Service says many firearms are held in ignorance of their illegality.

Police said families do not know what to do with firearms left behind by elderly relatives.

Assistant Chief Constable Helen McMillan said police were “realistic” that they were “not going to get hardened gang members” surrendering their arms.

But it makes perfect sense to disarm the law-abiding population to ensure a bigger supply of victims and justify our existence. Because gun crime never happens in the UK . . . ‘They would have blown off my head’: Man recalls the horrifying moment armed robbers raided his home as he slept in his bed

John Schefman, 68, was sleeping next to his wife Silvia at their home in Bittern, Victoria when they were rumbled out of their slumber by loud bangs outside about 3.30am on Saturday, according to the Herald Sun.

‘I saw the big barrel came through the window and he told me to f** off or else he’d blow my head off,’ he said.

But we were told UK subjects had been disarmed . . . Children as young as ELEVEN caught carrying firearms in West Midlands

From January to October 31 a total of 342 children and teenagers under the age of 18 were investigated for offences as serious as possessing a shotgun and threatening another person with a blade on school premises.

The new stats reveal that 21 of these youths – including the 11-year-old – were investigated for firearms offences, including possessing a shotgun, air weapon and firearm to commit crime. Birmingham has been hit by a string of lethal gun crime in 2017. In just three months there were 57 firearms discharges in the city earlier this year. The Protection of Lawful Commerce in Arms Act (PLCAA) is just an inconvenient detail to be overcome . . . Appeal Offers Hope for Newtown Families in Suit Against Gun Companies

They are deploying a novel strategy that the families and their lawyers say could pierce the sweeping shield created by federal law that protects gun companies from litigation and has thwarted countless lawsuits after their weapons were used to commit crimes.

Supporters believe that if the court clears the way for a jury trial, the gun companies’ internal communications — which the companies have fought fiercely to keep private — would surface in discovery, a potentially revealing and damaging glimpse into the industry and how it operates. It could also chart a legal road map for the survivors and relatives of victims in other mass shootings as they pursue accountability.

The nation’s cartoonists on the week in politics https://t.co/REuCNjO8Cg pic.twitter.com/GmuyfHbDSH

Just more of the same . . . PATHETIC: Politico pushes cartoon implying the NRA is WORSE than ISIS and al-Qaeda…

Now, they don’t even consider that the organization they are demonizing also produced the dude that CHASED and SHOT DOWN the murderous a-hole in Texas this week. Yes, that dude was an NRA instructor, but these degenerates are so hateful that they’d demonize the very dude that took down the evil shooter. 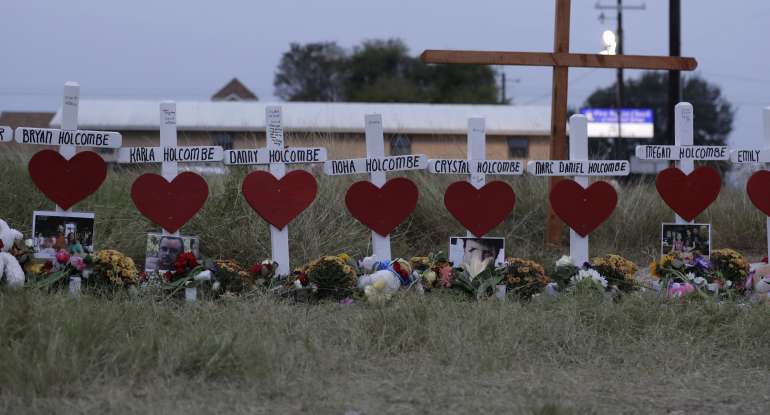 Media outlets across the country are apparently having difficulty counting. They can’t seem to get the number of victims right in last week’s horrific Texas church massacre. While many correctly reported that 26 people were killed during Devin Patrick Kelley’s maniacal rampage, many others went to great pains to avoid reporting that an unborn child died at First Baptist Church in Sutherland Springs, Texas, last Sunday. Or, if they did report the baby’s death, they reported it as a footnote, careful to separate the unborn child from other victims.

Take, for instance, the Chicago Tribune, which wrote, “Kelley shot and killed 25 people at the church. Authorities have put the official toll at 26, because one of the victims was pregnant.” The newspaper didn’t want to get caught recognizing the humanity of the unborn baby, so they deferred to “authorities.” There wasn’t a deceased baby, there was a pregnant victim, according to the Tribune. Clearly, the solution is to prohibit even more people and enact universal background checks . . . People who can’t buy guns

Since Devin Kelley killed 26 people in Sutherland Springs, Texas, questions have arisen surrounding what circumstances keep someone from purchasing a firearm.

Why it matters: Kelley was convicted of domestic violence against his wife and child, and therefore was not legally allowed to own a firearm. According to the Gun Control Act of 1968, anyone convicted of a misdemeanor charge of domestic violence is barred from owning a firearm. However, the Air Force (which issued Kelly a bad conduct discharge) failed to enter his conviction into the National Crime Information Center database. 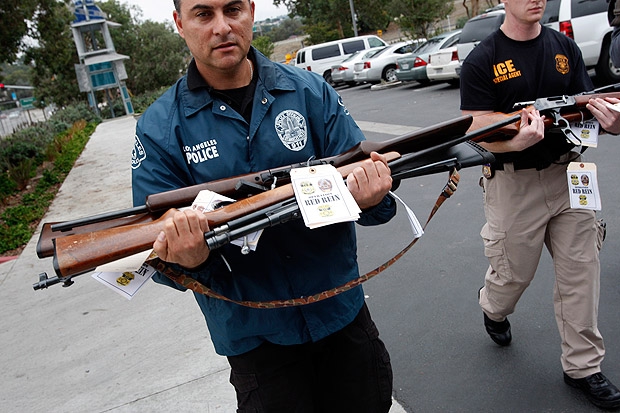 Remember, no one wants to take your guns away . . . Hand over your weapons

The United States’ astronomically high rates of firearm violence aren’t rooted in some unique American propensity for derangement and delinquency. Studies show our levels of mental illness and basic criminality are on par with other wealthy countries.

Other common explanations, like the social fissures created by our racial diversity, have been debunked by researchers, too. The only explanation left — an explanation borne out by a number of careful studies — is the sheer size of the American arsenal. There are 310 million handguns, shotguns, and semi-automatic weapons in American homes, garages, and waistbands.

Ultimately, if gun-control advocates really want to stanch the blood, there’s no way around it: They’ll have to persuade more people of the need to confiscate millions of those firearms, as radical as that idea may now seem. One more time…no one wants to take your guns away . . . Lawmaker to reintroduce gun confiscation bill

Under that bill, when police respond to a domestic violence call where a gun is on the premises and make an arrest, the officers would have to to seize the gun and any firearms license owned by the person being arrested.

This is different from what police already do during domestic violence calls. State Police tell 2 On Your Side that during these incidents, they would seize a firearm, only if it was owned illegally, or if they were concerned it could be used to do harm.