In September of 2015, Gerardo Serrano was driving from his home in Kentucky to visit relatives in Mexico. When he stopped at the border in Texas, Customs and Border Patrol (CBP) officers searched his truck and found five bullets in the center console. While Serrano has a concealed carry permit, he did not have any weapon in the vehicle. He had simply forgotten about the bullets he’d left in the console.

Always eager to pounce on any excuse to grab property (which often helps pad the budget of the law enforcement agency involved), the Border Patrol officers declared that Serrano was transporting “munitions of war” and therefore they were taking his vehicle from him. Customs did not attempt to bring any criminal action against him, but impounded his truck under civil asset forfeiture. Under that law, government officials can take a person’s property on the theory that the property itself is guilty of some wrongdoing.

Once the property has been forfeited, the owner has to undertake a lengthy and difficult legal battle to get it back. Many unfortunate people can’t do that and just give up. While a number of fans responded with excitement for what Jack Sloane might be up to, other Instagram users criticized the actress for smiling while holding a gun in the wake of this month’s Las Vegas shooting.

“That’s a shameful pic,” one individual wrote. “Always been a fan, but glamorizing assault weapons after Vegas is clumsy at best, callous at worst. One less fan. Good luck with ‘NCIS.’”

“There is nothing sexy about anyone holding a gun,” wrote another fan. What’s in yours? . . . Bug Out Bag Essentials List: Our Complete Guide to Build a Good BOB

If you think about it for a short amount of time, you will be surprised by the numerous steps you can come up with on your own to provide the best chance for you, your family, and friends–often called “your party”–to come out the other side of a disaster healthy and whole.

However, just because you feel confident in your abilities to work through this type of problem on your own does not mean you have accounted for the litany of potential issues that can bring everything to a crashing halt. That is why we have developed this series: to help guide you from random Joe Schmo to master prepper in no time.

The amount of information you need know at the drop of a hat can be staggering. If a disaster were to happen, you might know where you would go. You might even know what route you would take. What else is new? . . .  With Bizarre Comparisons, NRA Receives Global Recognition and Scorn

NRA is often recognized by the American press and lawmakers as one of the most powerful political institutions in the U.S. However, it might surprise some to know that NRA’s influence is acknowledged throughout the globe.

Given that even other Western countries don’t share the U.S.’s strong support for natural rights, the foreign press and political classes tend to treat NRA even more harshly than do NRA’s domestic foes. Some have even taken to labeling those they don’t agree with, or unsavory political elements, as their country’s version of NRA. While NRA is accustomed to such scorn, those offering it should bother to get their facts right.

In an October 19 piece for the United Kingdom’s Independent titled, “Hardline Brexiteers are the UK’S NRA – and we can’t let them take control of the country,” writer James Moore used this tactic. Moore contended that those in the UK who support a robust implementation of the UK people’s decision to leave the European Union (the Leave Means Leave campaign) are akin to NRA. Is there a service Amazon won’t provide? 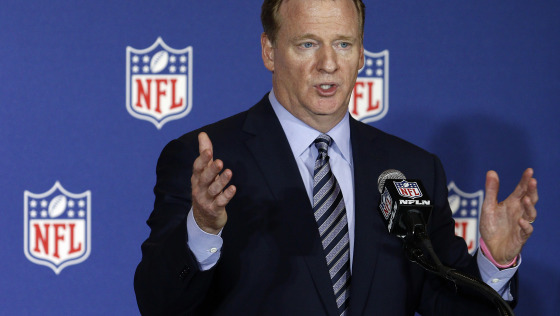 A new Fox News poll showing increased viewer rejection of the National Football League also revealed that the National Rifle Association is more popular than a collective of protesting players.

According to the poll, which was conducted Oct. 22-24, just 46% of respondents found the league in a favorable light, down from a strong 64% just four years ago.

At the same time, the NRA was seen as more favorable than the NFL, with 49 percent favorability. That may be music to the ears of Second Amendment activists, but Capitol Hill anti-gunners probably won’t care for it.

Worse for the NFL, the new poll reports 41% of people surveyed had an unfavorable view of the NFL, and that number is much higher than in 2013, when only 19% of people viewed the league negatively. This is what happens when artists are bugged by guns . . . In Mpls., busted-up guns become ‘surreal’ art exhibit

Artist and organizer Nikki McComb sifted through the boxes of firearms pieces and took out all the jagged shards before distributing them for artists to use in their pieces.

McComb said even the broken-up weapons still held a sort of power, something she especially noticed as she drove around with the pieces on the passenger seat of her car.

“In my mind, I know they’re broken down, but I could have been pulled over at any time, and law enforcement could have seen a barrel of a shotgun and who knows what would have happened?” McComb said. “It’s surreal being a person who doesn’t handle guns or own guns and you’re walking around town with guns.”