I’m not a fan of one-size-fits-many holsters. They’re frequently not well made and don’t provide the retention levels you need for safe, effective carry.

But most of the problematic one-size holsters are made for outside the waistband carry. There are plenty of good pocket and inside the waistband options that fit a range of carry guns and are both comfortable and secure. 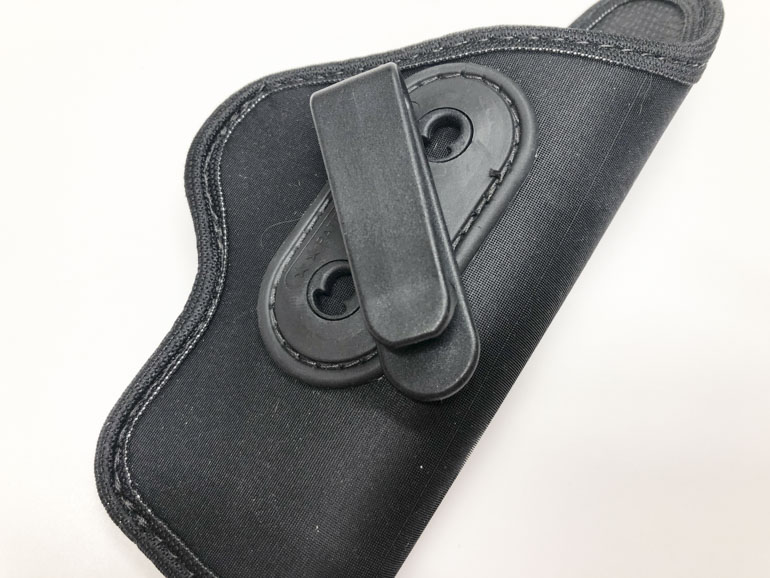 One of the best of these I’ve tried also has the advantage of being affordable. Alien Gear’s Grip Tuck Universal holster is a well-designed IWB option that’s comfortable to carry and conceals well.

The Grip Tuck Universal comes in seven sizes to fit everything from mouse guns up to government 1911’s. One of the best features of the Grip Tuck Universal is that it’s semi-rigid. This isn’t a floppy fabric thing that will prove difficult or almost impossible to re-holster.

The Grip Tuck Universal’s core is a lightly textured plastic that mostly keeps its form — it compresses slightly, depending on how tightly you cinch your belt — after you draw your gun. 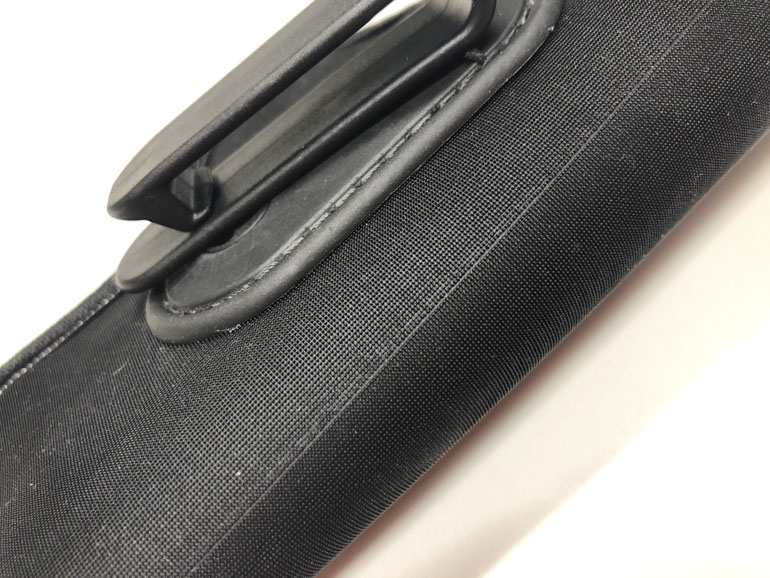 The Grip Tuck Universal has an extremely grippy exterior material that keeps the holster snugly in place. (Dan Z for TTAG)

The other distinguishing feature is the Grip Tuck Universal’s exterior. It’s a type of material that may be the grippiest surface I’ve seen on a holster. That’s a big plus that keeps the holster in place as you wear it through your day. This thing won’t go anywhere. The Grip Tuck Universal’s flexible plastic clip tilts to allow you to carry your EDC gun the way you like it. The clip pivots about 35 degrees in either direction so you can carry with the cant angle you like. There aren’t any detents to hold the clip at a particular angle. 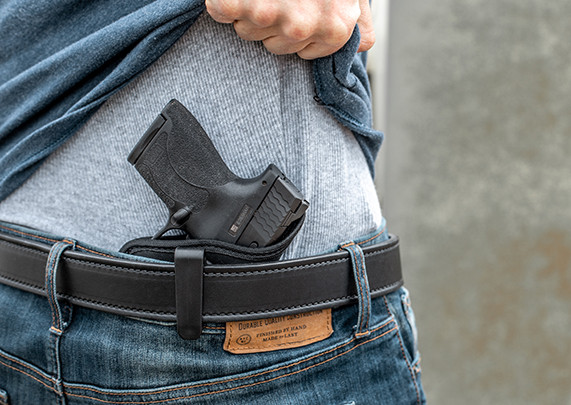 But with that tacky (in a good way) exterior material, the Grip Tuck Universal stays nicely in place as long as you’re not doing burpees or jumping jacks.

The holster is tacky enough that you could probably carry it without the clip, but I can’t think of a good reason to do that. The holster is adjustable for carry height, too. If you rotate the clip 180 degrees you can remove it and reinstall it in the position that suits your carry style best.

The Grip Tuck Universal is light weight, too. Mine weighs a mere 2.7 oz. I got the model for 3-inch barrel subcompacts that fits a Springfield Hellcat perfectly. Grip Tuck Universal with a GLOCK 43 (Dan Z for TTAG)

It’s also ideal for a GLOCK 43. Similar sized pistols — the SIG P365, Smith & Wesson M&P Shield, Mossberg MC1sc among others — would fit this size, too. A J-frame works, but isn’t ideal. That’s more exposed trigger than I’d want. For a 642, I’d order the next size up. In short, with seven different sizes, it’s not hard to get the one that fits your particular carry gun. The good news is it’s not expensive if you need more than one. The Alien Gear Grip Tuck Universal sells for about $35 or so and definitely doesn’t suck.