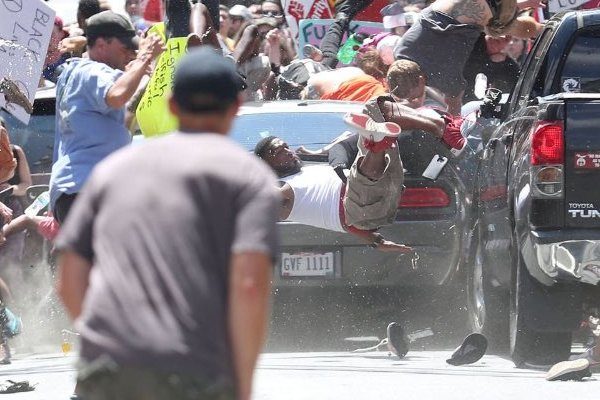 Back in February, I asked “Will The Left’s Civil War Turn Deadly?” I noted how America has fallen into civil war. Without a doubt, the hard left continues to mobilize and escalate at every turn.  While the Left’s culture war has not turned out exactly how I feared it six months ago (yet), it has turned deadly.

Furthermore, the rabble rousers show no sign of throttling-back. In case you didn’t know, the moonbat left’s fanciful plans for a socialist utopia has no room for gun rights or other personal freedoms. (Good thing the the ACLU has our back — said no gun owner ever.)

The purported Antifa manual tells members to eliminate all forms of hate speech. “Every idea critical of our movement or our way of thinking must be condemned as: racist, homophobic, misogynist, etc.” Their manual concludes with, “WE ARE ANTIFA.  EITHER YOU ARE WITH US, OR YOU ARE A FASCIST.”

And there you have it.

According to the old children’s adage, words will never hurt you. But sticks, concrete-filled soda cans and other violence certainly has deadly potential. In June we saw the angry man from Illinois trying to assassinate Republican Congressmen at a ball diamond. This week, the inflammatory rhetoric kept ramping up, overtly encouraging deadly violence.

A Missouri State Representative cheered for the assassination of our president. A Huffington Post contributor wishes the violent resistance (like the attempted assassination of Republicans) was more organized. Apple’s CEO defends Antifa’s fascist violence as “standing up for their human rights“.

What’s more, the mainstream media broadcasts the fact that it’s ready, willing and able to throw civil rights under the bus, “Not Rights but Justice: It’s Time to Make Nazis Afraid Again” The Nation proclaims.

The intolerable events in Charlottesville bring new urgency to an old debate: Should we allow neo-Nazis a public platform? Every aspect of the Unite the Right rally—not only its bloody denouement—stands as grounds for a resounding “no.”

With torches, swastikas, metal poles crashing into a black man’s skull, and a Dodge Charger plowing into defenseless bodies, the far right has made undeniable what was already clear: They are enemies, not political interlocutors. This makes it all the more crucial to delineate what we do or do not mean when we demand an end to according space for speech and assembly to far-right racists.

The nutty professor closed with this:

Segregationists have again assumed their pedestals in the Justice Department, the White House and many other American temples. Paper alone won’t drive them out. Start throwing rocks.

Start throwing rocks at people because they share unpopular, even vile beliefs? This does not sound like the tolerance of diversity that the left has always said makes us stronger.

With a number of upcoming rallies organized by centrist or conservative groups in the coming weeks, the potential for violence grows. Especially where the police follow orders to stand down. One negligent discharge, one Antifa “martyr” shot by a gun, and the push for censorship will gain power and momentum. As will the left’s endless desire for civilian control – of all sorts.  Including, of course, gun control. As America heads down this rocky road, gun owners — indeed anyone who holds conservative political views or values — should be ready for trouble. And I don’t [just] mean the possibility of being “caught-up” in an anti-Nazi protest.

With the media and left-leaning pols cheering as people pull statues to the ground…  With Google starving YouTube gun channels of cash…  And still more calling for “direct action” and political assassinations, it’s clear we’re in the midst of a full-blown culture war.

No matter whether you’re ready or not, Antifa and company continue to march against freedom and liberty.  If we don’t resist the forces of true fascism now, wherever and whenever they appear, we’ll have to do it later.  When it will be a lot more dangerous and deadly.