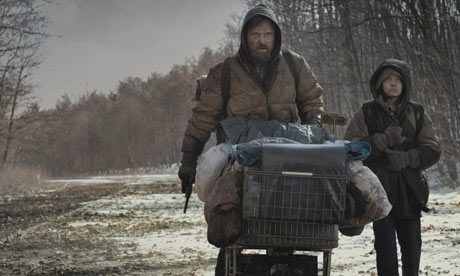 In Wall Street Apocalypse: The World of the Doomsday Investors, The Daily Finance offers a simplistic glimpse at how the money men expect to survive in the near future.

The patron saint of the Wall Street apocalypse society may be Barton Biggs. The leader of Traxis Partners, a multibillion-dollar hedge fund, Biggs has gained a reputation for his dire predictions, particularly those of his much-quoted 2008 analysis of World War II, Wealth, War and Wisdom. At the end of the book, Biggs offers his conclusions from his brief study of history, suggesting the likelihood of a future era in which “People with wealth” will face “another time of cholera when the Four Horsemen will ride again and the barbarians unexpectedly will be at their gate.”

Biggs offers some interesting advice for hedging the apocalypse. In addition to prescribing a highly diversified portfolio heavily invested in equity instruments, Biggs also advises that his readers buy farms to which they can retreat when the hammer drops. The hedgie touts the joys of the natural life, noting that “landowners seem to find considerable psychic satisfaction just from the knowledge of possession. There are few things as fulfilling as having drink [sic] in the sunset and looking at your fields and cows.”
…

But this doesn’t stop Biggs from telling his readers what they need to do in order to wait out the end of the world: “Your safe haven … should be well-stocked with seed, fertilizer, canned food, wine, medicine, clothes, etc. Think Swiss Family Robinson.” He goes on to suggest that, when the post-apocalyptic hordes attack, the survivalist money man should shoot first and ask questions later: “A few rounds over the approaching brigands [sic] heads would probably be a compelling persuader that there are easier farms to pillage. Brigands tend to be cowards.”

Hungry brigands tend to be fairly determined, though.