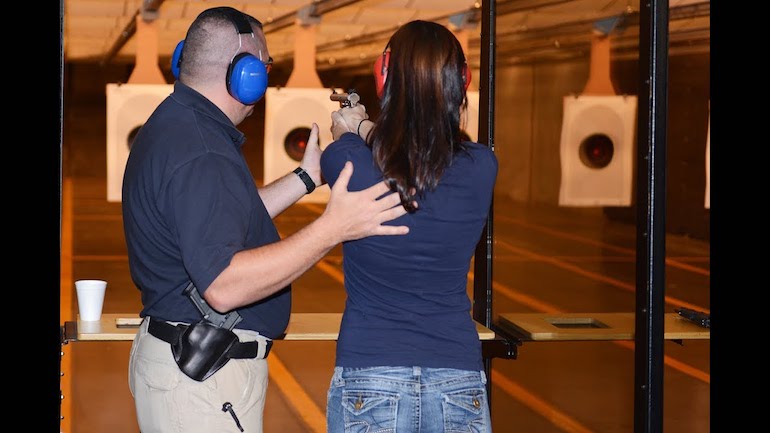 As much as I hate to admit it, gun control advocates are right about one thing: the U.S. firearms industry depends on a relatively small number of gun owners buying more guns. Small in comparison to the entire U.S. population. In June of 2017, pewsocialtrends.org reported . . .

Three-in-ten American adults say they currently own a gun, and another 11% say they don’t personally own a gun but live with someone who does.

The U.S. population is around 325m. If Pew’s numbers are correct — and I suspect they are — the U.S. firearms industry is selling their wares to 33 percent of the population, or some 107m potential customers,

Only that’s not entirely accurate. Some percentage of 107m potential customers have a gun or three and . . . aren’t going to buy another one. Maybe not for a long time. Maybe not ever.

The People of the Gun trust gun ownership polls about as much as they trust the ATF. But for the sake of the firearm industry’s future, let’s take the following gun ownership polling data (as reported by qz.com) at face value:

The average American gun owner owns three guns, according to a 2015 survey conducted by Harvard and Northwestern University.

This 3% of the population owns half of the civilian guns in the US.

That three percent figure has historical resonance; three percent of proto-Americans were part of the anti-British Minutemen militia. But for our purposes the stat highlights the central problem with today’s firearms industry: it’s aimed in the wrong direction.

The industry is trying to sell firearms to the 14 percent of “super-owners” and the other 19 percent of gun owners who aren’t “super-owners.” Completely ignoring the two-thirds of Americans who don’t own a gun.

Surely these non-gun owners — 2/3 of the U.S. population — don’t own a gun because they’re anti-gun, right? Wrong. “Among those who don’t currently own a gun,” pewsocialtrends.org reports, “about half say they could see themselves owning one in the future.” So some 36 percent of the U.S. population — around 117m Americans — are ripe for the picking, gun-buying wise.

Or not. How many of these potential buyers can afford a gun or guns? How many live in a community that frowns on gun ownership? In other words, why haven’t they bought a gun?

Hell if I know. But if I were a gun company whose profit margins were sliced to the bone by the current gun glut, sorry, lack of demand, I’d want to find out. Knowing that if my gun company could win a first-time gun buyer — and maintain close, effective communications with them — I’d have a new customer in both the short and long term.

Here’s something else I know: the first rule of sales. Make it easy to buy.

Again, I don’t know why these 117m Americans haven’t acted on their desire to purchase a firearm. I suspect few of them live in Constitutional Carry states. In other words, they find buying a gun a daunting task. There’s no one there to guide them through the first time buying process: what gun do I buy, how do I store it, how do I shoot it, etc.

And that’s how the U.S. firearms industry can increase demand, raise profits and help secure America’s gun rights. Stop preaching (i.e. selling) to the converted. Start preaching to the 117m Americans teetering on the firearms fence.

The industry’s lobbying group, the National Shooting Sports Foundation, should use members’ money to promote hand-holding new shooter programs. I know they  already run their First Shots initiative, but who’s heard of it? The NSSF should be marketing the F out of it. Billboards. Radio ads. TV ads. And sue those mainstream media outlets that refuse to accept an ad for a legal product sold legally.

Failing that, some large gunmaker’s got to take this bull by the horns and do it all by their lonesome. As I mentioned, the prize is significant. In any case, there’s no getting around it: the current sales paradigm — lots of competition chasing the same customers — is tapped out.

Everything either grows or dies. The antis are smirking at the current state of play in the firearms industry. Who’s going to wipe that smile off their face?