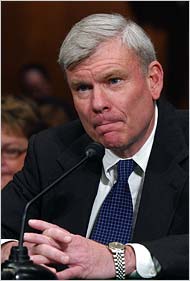 Are non-citizens entitled to the same protection of their constitutionally-protected natural rights that U.S. citizens receive? That is the crux of the issue in the matter of Messmer v. Harrison. On Friday, the U.S. District Court for the Eastern District of North Carolina answered in the affirmative with respect to the right to keep and bear arms. The plaintiff, Kirsten Messmer, is a legal permanent resident residing in Wake County, North Carolina, but a citizen of the Federal Republic of Germany . . .

She wanted to obtain a North Carolina concealed handgun permit for self-defense purposes. Ms. Messmer was barred, however, from obtaining such a permit by North Carolina General Statute §14.415-12, which reads, in pertinent part:

(a) The sheriff shall issue a [concealed handgun] permit to an applicant if the applicant qualifies under the following criteria:
(1) The applicant is a citizen of the United States and has been a resident of the State 30 days or longer immediately preceding the filing of the application.

Ms. Messmer brought suit in federal court, arguing that §14.415-12 violated her Second Amendment right to keep and bear arms, as well as the Fourteenth Amendment guarantee of equal protection of the law.

It is abundantly clear that resident aliens possess many of the same Constitutional rights as citizens in a variety of other situations. Moreover, other courts to consider this issue have ruled that resident aliens possess Second Amendment rights. Two federal courts have actually ruled that similar, though not identical, statutes violated the Second Amendment. Additionally, a federal court found that a very similar state statute violated the Fourteenth Amendment’s Equal Protection Clause….

The Court further finds that in the absence of preliminary injunctive relief, plaintiff will suffer irreparable harm. The deprivation of a constitutional right, even if only briefly, constitutes irreparable harm….

Traditional legal remedies are inadequate to relieve the harm in this case. The inability to carry a concealed firearm for self-defense cannot be quantified by money damages any more than can the experience of being discriminated against solely based on one’s citizenship status. In contrast, the harm to defendants if an injunction is granted is virtually nonexistent.

Compliance with the law is not a cognizable hardship on a defendant. Carandola, 303 F.3d at 521 (“[A] state is in no way harmed by issuance of a preliminary injunction which prevents the state from enforcing restrictions likely to be found unconstitutional. If anything, the system is improved by such an injunction.”).

(See pp. 2-4 of Messmer; rather extensive citations to other court decisions by Judge Boyle are omitted.)

The Judge went on to say that the defendants did not offer a strong argument to limit the North Carolina permitting regime to citizens, and Sheriff Donnie Harrison, the lead defendant, “stated that he agreed with plaintiff that the law at issue in this case was unconstitutional.” If that wasn’t enough, “resident aliens are allowed to possess firearms on their premises and are even allowed to carry firearms openly in North Carolina.” Judge Boyle therefore granted the plaintiff’s preliminary injunction, stopping the Sheriff or other North Carolina officials from enforcing §14.415-12.

Overall, a good result and one which I think is eminently reasonable. I think there’s three things worth considering about this case going forward.

(1) Sometimes it’s the local elections that make a real difference. It’s the local elections that put the people in office that are most likely to have a direct impact on your day-to-day lives. Messmer is an excellent example of this. Sherrif Harrison could have fought this tooth-and-nail. Instead, it appears that he recognized an unconstitutional law when he saw it and offered no defense for it when challenged in court. As a result, the original complaint was filed in March, and the preliminary injunction was granted at the end of April. Instead of trying to drag out the fight, Illinois-style, the local officials frankly acknowledged the issue with the law, and let the chips fall where they may.

(2) If it’s unconstitutional to deny a resident alien the equal protection of firearms laws, how can it be constitutional to deny a non-resident U.S. citizen that same protection? Constitutionally, it’s one thing for Illinois to say (for instance): we’re not going to recognize your Pennsylvania license to carry firearms because Pennsylvania doesn’t have a training requirement, while the firearms experts in Illinois have concluded that ordinary citizens should only carry a firearm after a 16-hour training course. It’s quite another for Illinois to say that, and then deny everyone except the residents of four states the opportunity to take the 16-hour training course and jump through the other administrative hoops just like Illinois residents.

(3) As Professor Volokh discusses on his blog, bans on firearms carry by illegal aliens have been uniformly upheld. But, I’m starting to wonder…why? An illegal immigrant is subject to apprehension, incarceration and deportation for the the misdemeanor offense of improper entry (with a maximum punishment for first-time offenders of 6 months in prison,) not necessarily for committing a violent crime. Pew Research Center estimates that there are 11.2 million illegal immigrants in the country, constituting 3.5% of the population, and 5.1% of the labor force. If the right to keep and bear arms, like the other rights specified in the Bill of Rights is a natural civil right predating the Constitution, is it right to deny illegal aliens this right, if they’re otherwise not guilty any other crime?