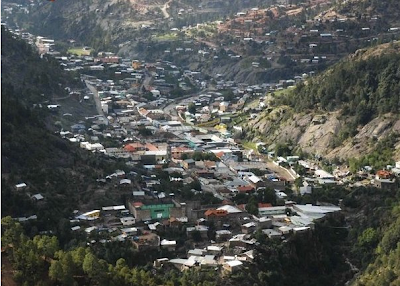 El Diario and various media outlets reported last summer, during July and August, that the entire police force of Guadalupe y Calvo deserted when gunmen from the Sinaloa cartel overtook the area. “Last night the municipal police ran out, everyone left, like 40 policemen, including commanders and principals, all surrendered their weapons and left because the gunmen threatened them and right now there is nobody to care for citizens.” “We are very afraid, no police and we are at the mercy of thugs, because there are just a few of the Judicial police who we do not want to leave…

“Here the army does nothing, there are armed people everywhere, we know that there are many of Sinaloa gunmen but they do not stop them . . .We need help, the authorities know that the citizens of Guadalupe y Calvo are in danger.”

Towns people also said that for months the criminal group of Joaquin  El Chapo” Guzman Loera,” was maintaining control of Guadalupe y Calvo, and that between 26 and 29 of July they took up arms to all agents, who charged 10,000 pesos per weapon to recover.

This information was denied by the Attorney General. In a statement, the agency reported that “there is no evidence on that group, no incidents have been reported, while they continued the ordinary coordinating with state forces military personnel stationed in the region of Chihuahua. 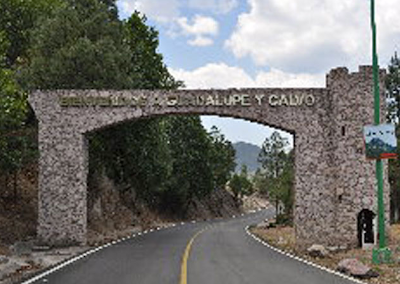 Friday and Saturday was the same repeat insecurity scenario in Guadalupe y Calvo In what’s become an all too common turn of events for the community of Guadalupe y Calvo, who once again submitted to the violent gunmen who blocked streets, killed citizens. They burned two houses and fought in skirmishes until Sat. morning. Eleven people died in different neighborhoods and there’s an unknown number of wounded.

Throughout the night, without the support of military, municipal or ministerial police officers, clashes continued at several points in the town, where the dead and wounded were left behind.

In the morning, three more people were killed outside wake visiting facility which already had the bodies of the first victims.

The situation was considered a security emergency. General Salvador Cienfuegos Zepeda, official Mayor of Sedena from the Office of National Defense ordered troops to the mountainous area 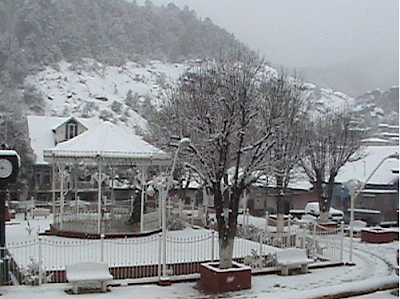 At noon on Saturday Dec. 8th, convoys of soldiers from the 42nd Military Zone based in Parral were moving towards the town of Guadalupe y Calvo.

Sources in the Southern Zone, based in Parral, confirmed the death of eleven people, and noted that it would be from clashes between rival drug groups and claims arising from the breach of agreements at the end of the year.

The village is in an area considered a ‘war’ zone between drug gangs from the Sierra, which are contesting the routes for the smuggling of drugs.

Due to the number of men,  and the type of weapons used by those who were assaulting the town, the Ministry of Defense ordered to take over the safeguarding operation of the people of Guadalupe y Calvo and the prosecution of the criminals.

The village has endured various similar versions of this same story, as recently as a month ago a commando kidnapped a young man, son of one of the strongest candidates PRI municipal president.

The ten thousand villagers are terrified by the lack of security, and dismayed by the death toll of the clashes. Among the victims of the most recent flare up was a 17 year old. 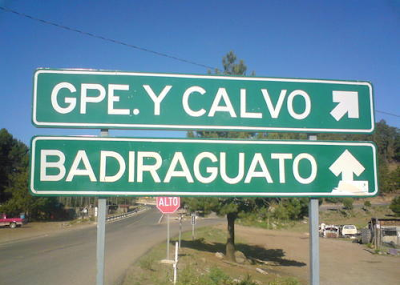 Friday night six people were killed in two separate events and five others yesterday, apparently by the presence of a criminal group in the town, home to 10,000 people. In the first incident occurred on Friday, three men aged 17, 22 and 37 years were killed by gunmen and were attacked hours later two more than 35 years each, and one of 40, told EFE spokesman Prosecution Chihuahua, Carlos Gonzalez.

Villagers polled by Reuters said the access roads to the town were closed by gunmen who apparently entered several houses to kidnap local people. One of the kidnapped men was later found dead and identified as Rogelio Ponce Rodríguez, 40.