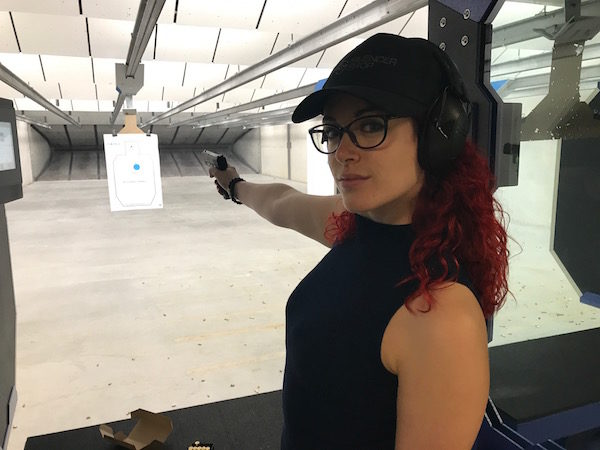 “nvolt’s been three weeks since the October 1 massacre in Las Vegas, the worst mass shooting in modern American history,” Jennifer Mascia (not shown) and Alex Yablon write at thetrace.org. “In that time, at least 2,545 more people have been shot across America, 772 of them fatally, according to the Gun Violence Archive.” Setting aside the question of how many of those shot were felons or engaged in criminal activities, it’s worth noting that The Trace is, by its nature, a context-free zone . . .

Extrapolating from 2016 statistics generated by the National Safety Council, some 2,307 Americans died in traffic accidents in those same three weeks. That’s more than double the number of firearms-related fatalities. The motor vehicle-related death toll includes hundreds of Americans not involved in criminal activities, a significant percentage of whom were children and teenagers.

Extrapolating from a 2013 study by the virulently anti-gun rights Violence Policy Center using data compiled by the Federal Bureau of Investigation, there were also some 3908 defensive gun uses (DGUs) in the three weeks since the Las Vegas shooting (based on the VPC’s conservative five-year average of 67,740 DGUs per year).

There is no comprehensive data base of media accounts of DGUs. By the same token, there is evidence that most DGU’s go unreported. Even without factoring in the police fear factor, I reckon civilian-owned firearms are a significant net positive for society.

Not that the pro-gun control mainstream media would dare mention that fact. Nor does it matter.