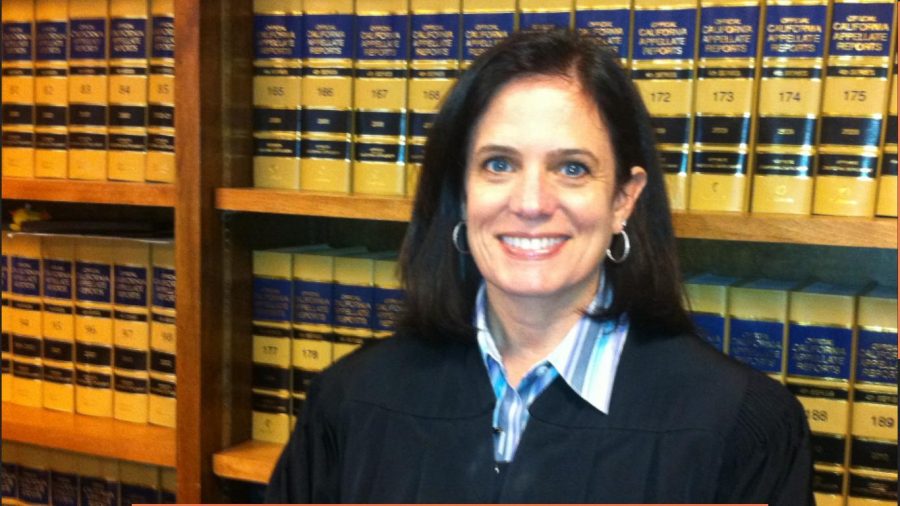 The suit claims that the law violates the equal protection clause of the 14th amendment. The Firearm Policy Center:

FPF filed suit challenging SB 707, which divides law-abiding gun owners into two classes – and an upcoming hearing could have huge ramifications on the legislature’s ability to pass discriminatory anti-gun laws in the future.

SB 707 banned law-abiding, CCW-licensed individuals from carrying handguns for self-defense on “school grounds.” However, the law created an exemption some former government employees.

One man, Dr. Ulisses Garcia, was issued a license to carry in response to a threat of violence from a former patient. Since the passage of SB 707, Dr. Garcia is unable to lawfully carry his handgun when he attends his children’s school events or simply drops them off in the morning. But this law applies differently to people who have worked in different professions, and those people don’t have to make that choice.

Here is the provision of the Silveira v. Lockyer case. From the decision SILVEIRA v. LOCKYER (pdf):

C. The AWCA’s Provisions Regarding Off-Duty Police Officers Do Not Offend The Fourteenth Amendment; However, There Is No Rational Basis For the Retired Officer Exemption. Plaintiffs contend that the privileges that are afforded to off-duty and retired peace officers under the AWCA violate the Equal Protection Clause of the Fourteenth Amendment to the Constitution.

For good or ill, the “rational basis” argument developed in the courts is absurdly easy to meet. Generally stated, if the legislature can make a statement that sounds reasonable — it does not have to meet any proof that it is reasonable– the standard is met. AG Kamala Harris exploits that interpretation of the rational basis standard.

CA AG Kamala Harris’ arguments (briefly summarized): There is no Second Amendment right to carry on School Grounds. Allowing retired peace officers to carry has a rational basis. The state can confer special privileges on retired police officers, because there is no comparable group to them. That no equal protection applies, because of the above.

Harris argues that the plaintiffs have no standing because they are not arguing to be allowed to carry in schools, but only to prevent retired police officers from being allowed to carry. The brief from the AG’s office cites cases to make these arguments.

The judge in this case is Beverly Reid O’Connell. She was appointed by President Barack Obama in 2013. There is hope. Despite her Democratic pedigree, some of President Obama’s appointees have made decisions that limit government power.

While I’d like to paint a rosy picture about the chances to overturn SB 707, the odds are that it will be dismissed. Inequality in the law for retired police officers exists across the nation. It would be a large not-to-say unexpected step for a California judge to overturn it.