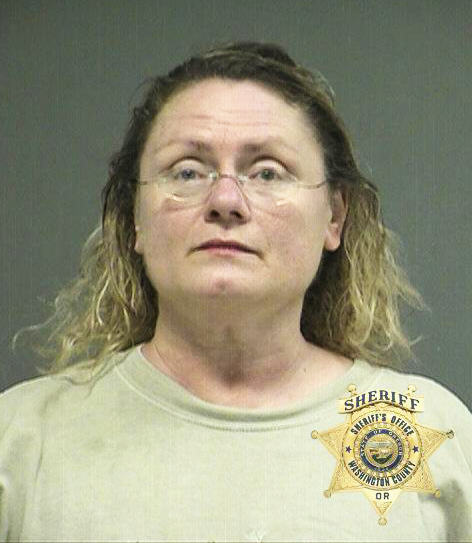 We don’t have to tell you that gun control can be a contentious issue. But why does it seem that anti-gun people are always so violent? “During an alcohol-fueled argument over gun control, an Aloha woman fired a shotgun inside her own home, shooting out a softball-sized hole from the wall.” As oregonlive.com relates, Susan Fleming wasn’t happy when she found out her live-in boyfriend’s scattergun was under her roof . . .

Police said Fleming was in a dispute with her 55-year-old boyfriend after discovering that he had brought his loaded 12 gauge shotgun into their shared home. They were discussing gun safety, including the proper handling of a loaded firearm.

It’s unclear the other details of the argument, but police said Fleming at one point intentionally opened fire from a close range from an upstairs room and blew out a hole about the size of a softball.

Police said alcohol was a factor in the shooting but that Fleming was not trying to shoot her boyfriend, who was in the room.

Whew. At least she wasn’t trying to kill her one and only for violating her anti-gun beliefs, right? Allegedly.

Whatever she was really trying to do, Susan’s gotten herself into some deep kimchi now. She’s facing charges of unlawful use of a weapon, menacing, recklessly endangering another person and second-degree criminal mischief. So we’ll be sending an IGOTD trophy to her care of the Washington County Jail where she currently resides while her BF tries to raise the $50,000 bail. And we’re sure he’s working just as fast as he can to scrape together all that jack, too.