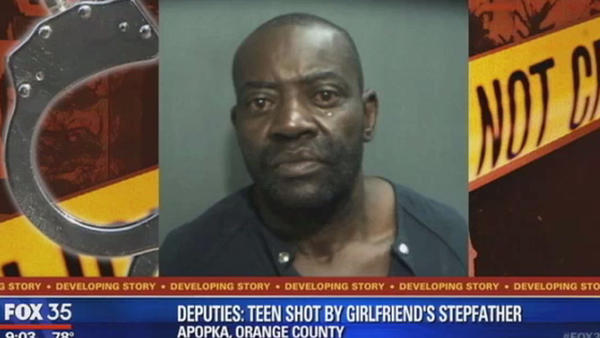 I’m from Rhode Island where there’s always a story behind the story. Here’s a tale from Apopka, Florida – the Indoor Foliage Capital of the World and birthplace of disgraced NFL defensive lineman Warren Sapp – that raises more questions than it answers. But one thing we know for sure: pointing a shotgun at someone to break up a bad relationship is never a good idea – unless the pointee is an imminent threat of death or grievous bodily harm. (Trust me, it happens.) Feel free to speculate after this all-too-brief description from orlandosentinel.com . . .

50-year-old Alvin Gene Knight, charged with aggravated battery with a firearm, was set to bond out of Orange County jail on Monday morning.

The teen was grazed on the face by the shot and transported to Orlando Regional Medical Center with non-life threatening injuries.

Knight will be charged with aggravated battery with a firearm, according to OCSO spokesman Paul Hopkins.

You know all those jokes about threatening your daughter’s boyfriends with a shotgun? It’s a joke. Unless, as I said above, it isn’t.