Anyone who has been reading my stuff knows I’ve been lusting after a bolt action rifle with a threaded barrel longer and more passionately than Farago’s been pining for a date with an Israeli model. Specifically, I’ve been Jonesing for the Remington 700 SPS Tactical AAC-SD. Unfortunately for me, so has everyone else . . . I’ve been trying to get an AAC-SD through Remington’s T&E peeps for months. Not even Mike Mers, AAC’s resident superstar, could convince Remington to release their iron grip on the gun. The AAC-SD’s been flying off the shelves; Remington didn’t want to deprive a single customer for PR purposes. So when I spied a factory-fresh Rem 700 AAC-SD in a local dealer’s inventory, my credit card practically melted in my hand (not in my wallet). Some $650 later I was walking out to the parking lot AAC-SD’ed up. The standard Remington 700 SPS Tactical comes with a straight black stock. The AAC-SD’s is green with flecks of color and swirly stuff. It looks pretty as a picture and helps the long gun blend in with the local vegetation when hunting. But the AAC-SD’s stock still suffers from the same pet peeve I’ve had with almost every gun I’ve reviewed recently: the stock’s comb is too low. I get a chin weld instead of a cheek weld.

You’d think that a little higher comb would be called for on a gun that doesn’t even have an option for iron sights. Apparently not. The ACC-SD’s stock feels plenty damn grippy thanks to the rubber Hogue material surrounding it. And the rifle’s recoil pad does a great job of reducing what recoil remains after the silencer has done its job. Another disappointing note: the stock touches the barrel. A free-floating barrel improves accuracy; there are no external forces acting on the barrel as it moves and the black magic of barrel harmonics remain undisturbed. When a stock touches the barrel, it changes its position and tends to have a negative impact on accuracy. It’s a quick fix, but it would be nice if the factory stock had a little more rigidity where it counts instead of bending like a fat kid trying to do a push-up. The AAC-SD’s trigger is smooth as polished chrome to the touch, as crisp as a fresh head of iceberg and as generally pleasurable as one of RF’s non-sexual metaphors. Unfortunately, Remington has placed the trigger’s adjustment screw directly into the trigger. Nicer 1911 models do the same thing, but they artfully recess the screw into the trigger shoe. The Remy’s sharp-edged adjustment screw sticks out. It’s like having something stuck between your teeth: not life threatening or terribly uncomfortable, just annoying as all hell.

Also FYI, I spent about 45 minutes looking for the wrench Remington included with the gun so I could adjust the screw before realizing the tool doesn’t exist. (The wrench that is.) Remington has been perfecting the 700’s action since the early 1940’s. The highly evolved bolt handle is ergonomically sound and pleasing to the touch. Its operation is endlessly reassuring but it doesn’t feel as smooth as some of the other rifles I’ve tested lately (e.g., the Weatherby rifles, the McMillan CS5, Mossberg 100 ATR). That’s probably down to the Remington’s black powder coated bolt. I get that the black is all tactical and stuff, but it just makes the rifle feel . . . cheap. The AAC-SD’s internal magazine holds four rounds (a fifth can be loaded in the chamber). The floorplate release is inside the triggerguard. There’s a thumb safety (my favorite position). And the rifle’s receiver comes drilled and tapped from the factory—with no pre-attached bases.

[For those wondering, yes, I got into an argument with my scope rings and had to break out the Dremmel to win the day. Hence the missing screw and the silver gash on my scope and ring. Protip: don’t torque the crap out of your screws until you’re sure the scope is level, its a good way to snap your heads when you try to un-do the damage.] The AAC-SD has a heavy profile barrel — emphasis on the “heavy.” Seriously, this barrel is heavier than Paula Deen’s taste testers. And for good reason: heavy barrels resist the effects of temperature change and improve shot-to-shot accuracy. Which helped when the round count at the range passed 100 cartridges in a single sitting. A heavy barrel also resists movement due to external factors, such as a stock that makes contact.

And so to the important upgrade: the gun’s 5/8-24 threaded muzzle. It’s ideal for AAC’s 51-tooth mounts or any other compatible silencer manufacturer’s device.

A silencer makes all the difference between this gun and a standard .308 Winchester rifle. I’ve had more fun shooting this rifle than any other .308 I’ve shot this year with the possible exception of the McMillan CS5 the other week. Recoil is damn near nonexistent. The lack of a loud “BANG” makes it easier to focus and eliminates aural discomfort for surrounding shooters. 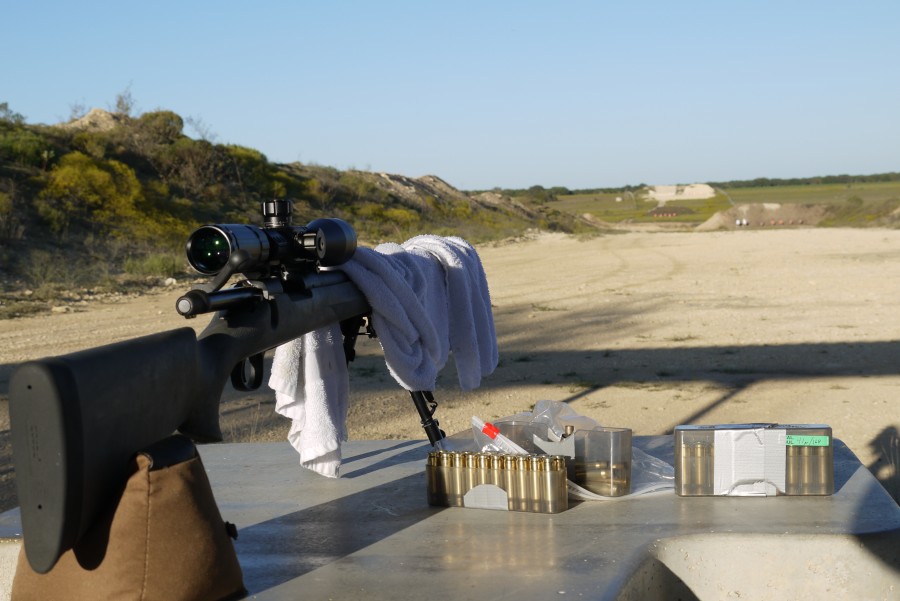 In terms of accuracy, I was getting 1 MoA accuracy out of the AAC-SD with 150 grain handloads. Patrick Carrube out in Arizona had similar results with his budget precision rifle build that I inadvertently inspired with my failed 1,000 yard rifle for $500 project. With heavier rounds accuracy will only improve.

Why heavier rounds? While most .308 rifles use a 1:12 twist, the Remington 700 SPS Tactical AAC-SD uses a slightly faster 1:10 twist designed for heavier (well, LONGER) bullets. So 150 is the lower limit of what the gun should accurately shoot. Bottom line: if you’re looking for a relatively cheap but accurate bolt action rifle that can put your silencer to work, the AAC-SD is a bullseye. If you don’t have a silencer, if you’re simply looking to put rounds on target, you can buy a factory fresh Weatherby Vanguard S2 and kit it out for less than a standard Remington 700, let alone this one.

Tell me again: why don’t you have a silencer?

Accuracy: * * * * *
1 MoA right now as far as I can tell, but given a few tweaks to ammo choice and some slight improvements to the gun, I believe this will be 1/2 MoA capable. At the very least we know its capable of tapping the 1,000 yard target at my local range.

Ergonomics: * * *
The comb on the stock and the adjustment screw on the trigger knocked off a star each.

Ergonomics Firing: * * * *
Caveat: WITH a silencer attached. Excellent muzzle brake. Issues with the adjustment screw and comb continue to impede the results.

Customize This: * * * * *
The Remington 700 series has so many aftermarket parts and mods you can make it do anyything you want, save full-auto.

Overall: * * * *
Great value-for-money for silencer-ready shooting. Not quite as great without the can.