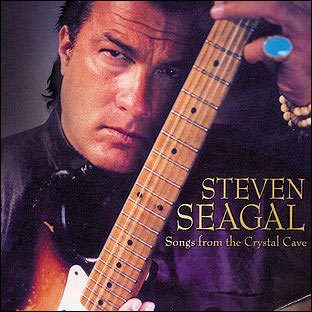 I swear, sometimes these stories just write themselves, with news falling like manna from Heaven. THIS is one of those stories. According to CNN.com, Law enforcement officials in Hudspeth County, Texas have sworn-in actor/martial artiste/musician extraordinaire/acclaimed egomaniac/accused wife, girlfriend & female staff-beater/professional asshole Steven Segal as a deputy sheriff. According to the San Antonio Express, he will “help to control the U.S.-Mexico border. Honestly, I don’t know where to begin…

The paper noted that Segal initiated the idea several months ago. They go on to claim that Segal is not doing this to seek fame or publicity. (Um…yeah. Of course not.) He lives in the area and feels it’s his civic duty or something like that.

This is not Segal’s first brush with being deputized. As faithful members of the TTAG Armed Intelligentsia will recall, Segal recently starred in the A&E (sur)reality show, Steven Segal: Lawman, where he was a reserve deputy in Jefferson Parish, LA. Those of you who were paying attention may remember that A&E abruptly put said show on hiatus, after a former model claimed that the Man Who Is A Legend In His Own Mind put the “ass” in “personal assistant,” allegedly attempting to use her as a “sex toy,” and the Jefferson Parish sheriff pulled out. (Get your minds out of the gutter. The sheriff terminated his willingness to participate in Segal’s circus. Better?)

Gee, I dunno, Sensei Steve, if you genuinely wanted to serve and protect without drawing attention to yourself, there are several ways to do this. Like, um…not issuing a press release. Or perhaps working undercover. Or using an assumed name. Hell, grow some facial hair, perhaps.

Still I can’t help but wonder what would happen if Mr. Under Siege met up with some Sinaloas or Los Zetas carrying some of their ATF-supplied weapons of choice. It reminds me, for some reason, of that hypothetical question beloved by nerd and geeks everywhere: What would happen if the Death Star, with its planet-sized weapons and Dark Sith Lord ninja skills were to encounter the Borg Mothership, with its ‘assimilate or die’ skills? Would the bullets simply bounce off Segal’s manly chest? Would he bitch slap the bastards with his manly ponytail before ripping their hearts out with his bare hands and showing them their own organs, still beating? Or would they just air condition his sorry ass and help him assume the same posture in real life that his career has already achieved?

Stay tuned. I can’t wait to see how the final reel of this one comes out.

UPDATE: Sources report that Segal’s show may live again in the Spring (just as soon as the find a sheriff willing to become a media whore for Segal, I suspect), which brings into question the whole “Segal won’t be filming any of his work as a deputy in Hudspeth County Texas. I’d keep my money in my pocket on that one.