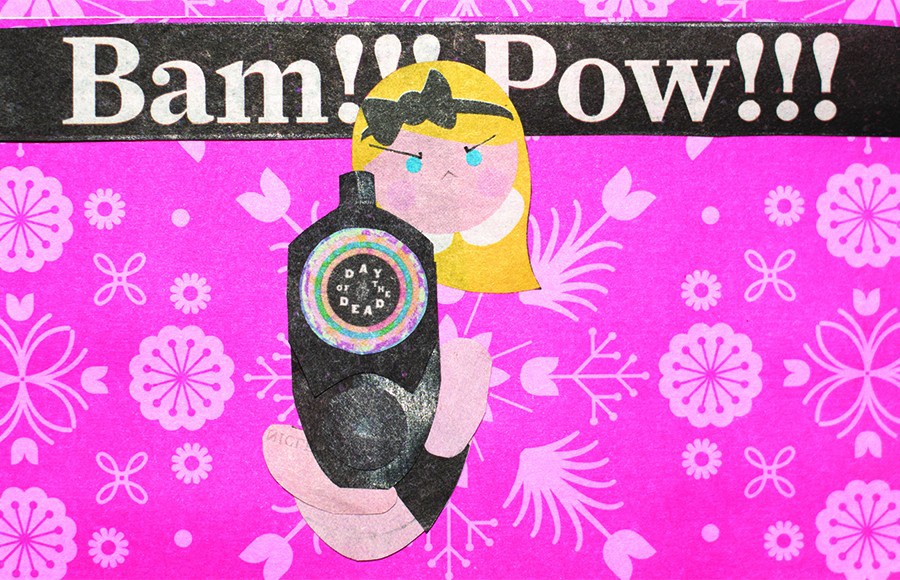 Nation needs stricter, safer gun control – A student op/ed. At Berkely, no less. It’s everything you’d expect, and less. “If firearms are banned from being manufactured and obtained by the public in this country and members of the police force are only allowed to use defense weapons that don’t have the potential to end a person’s life in a single shot, it can lead to decreased crime rates, decreased suicide rates and a generally safer and more peaceful nation for future generations.” Got that? No guns for cops, either. Maybe Jaskrit Bhalla Shifa has a magic wand to make all those scary guns disappear, ’cause there are over 300,000,000 of them here already. And as even an island nation is learning . . .

Wait, Rachel Maddow Loves Guns and Shooting Ranges? Apparently So – NEWS FLASH: “’I’m a real liberal, even on, like, gun safety and gun control issues,’ Maddow said. ‘That said, I think that shooting is fun, and I think that shooting ranges are an excellent place to both learn about guns and to freak your friends out!’”

Jealous boyfriend shoots other man’s dog with sawed-off shotgun – “According to Crystal Slocumb, 23, who witnessed Kitchens shooting the dog and stated the dog had been staying with Kitchens for the last three weeks and had been under the impression that Quinterrus and his girlfriend were just friends. It is not known how Kitchens found out about the relationship, but he became enraged – tried to shoot Quinterrus first and when that didn’t work, shot the dog instead.”

Harry Houdini could have done it with his eyes closed, partition or not. Just sayin’ . . .

“This newest offering from the Rifle Dynamics + SilencerCo partnership is an RD501 with a rich and striking Russian red wood handguard paired with a direct thread Saker 556K. The most vibrant and classic SilencerCo Summit AK yet, these 25 guns will be gone before you know it.”