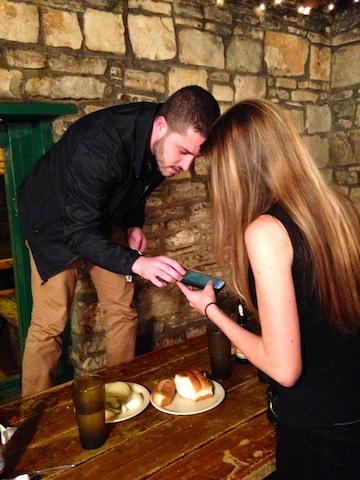 “Twenty-five years ago, it took the specter of a deranged dictator sending agents to the U.S. with plastic guns to get Congress to pass a law banning undetectable weapons,” bloomberg.com “reports.” Although Libyan bad boy Muammar Qaddafi isn’t around to defend himself, I guess you’d have to be deranged to send assassins into the U.S. with guns. The gun control industry will tell you: it’s easier to buy a gun in the U.S. than affordable health care. Uh, car insurance with Geico. Something. Anyway, lest Matt think I’m snorting cocaine, here’s a taste (so to speak) of hizzoner’s minions’ hissy fit on the unfortunately slam-dunk renewal of the Undetectable Firearms Act of 1988 . . .

The technology that could make plastic guns widely accessible is advancing rapidly. In May, University of Texas law student Cody Wilson [above] manufactured a plastic gun using a 3-D printer. Defense Distributed, a company Wilson founded, posted online guidelines to produce similar guns. Uri Even, an Israeli reporter, downloaded Defense Distributed’s blueprint and used it to manufacture a plastic gun, which he said he sneaked past security into a news conference by Prime Minister Benjamin Netanyahu. Defense Distributed has also printed a functional magazine for an AR-15 that holds 30 bullets — 23 more than New York state law allows.

Pay special attention to that last bit. As Mr. Wilson pointed out during a mediocre meal at The Salt Lick last night, the new and improved Undetectable Firearms Act makes personal printing gun parts with a 3D printer a felony. Over-reach much? Yes. Yes they do. Because something must be done! Even if it does nothing.

It is true that even an updated and reauthorized law will not completely ensure public safety. No law can. That is not an excuse, however, for inaction. The emerging capacity for virtually anyone to produce guns that can evade detection poses a threat at airports and sensitive buildings, including the U.S. Capitol.

Is it me or does that sound like some kind of threat against the politicians who might oppose Uncle Sam’s head-in-the-sand approach to security? Probably not. Who would oppose this piece of common sense gun safety legislation? [/sarcasm]