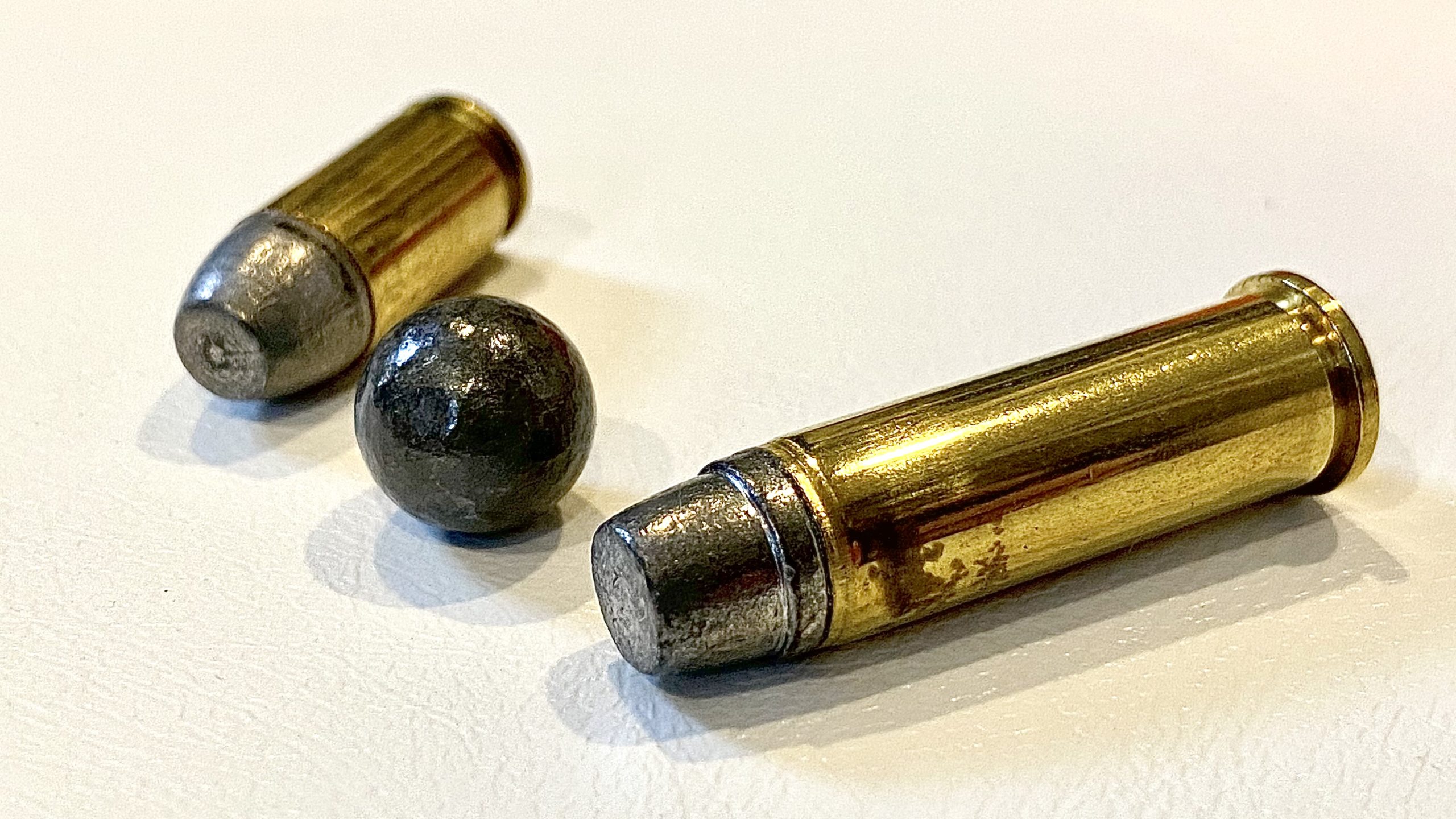 “Is it possible to use black powder in reloads for a modern semi-auto pistol/revolver/bolt action rifle/semi-auto carbine/pump shotgun?”

This is an interesting question that doesn’t have an easy answer.

The short and easy answer is yes, you can do this. The longer answer is that you probably shouldn’t. This is a classic case of can vs. should and I think that, in general, there isn’t really a solid reason to do this unless the cartridges in question are originally made to use black powder.

If you’re sitting there saying “Josh, you dumbass, black powder was so 17th century,” realize that there is a large handful of cartridges in very common use today that started as black powder-based.

First of all, let’s look at the difference in cartridges that existed back in the black powder days and what happened to cartridge and gun design as a result.

The main way that black powder was measured was in volumetric charges. When you load a muzzleloader, you’re usually loading grains by volume, not by weight like modern powder. This has to do with how that powder works. There are a lot of specifics that I won’t get into here, but I’m going to say that in the most basic sense that black powder explodes where smokeless powder burns.

That may seem like the same thing, but if you light a pile of smokeless powder on fire it will burn, not go up in a big boom. Black powder has a lower general pressure that it can attain and the structure of the powder itself is very different from smokeless.

Modern smokeless powder essentially creates a burn in a confined space, and that burn varies depending on the type of powder used. Burn rate can be carefully tuned and tailored to a given cartridge or barrel length.

For instance, a .338 Lapua round uses slow-burn powders like H1000, where .45 ACP uses fast burners like TiteGroup. If you were to put TiteGroup in a .338 Lapua case, you would almost certainly blow the gun in half and probably injure yourself.

TiteGroup is a low charge, high pressure powder that creates a sudden, momentary, massive gas expansion that is great for pistols and even subsonic rifle rounds. If you were to put H1000 in a .45 ACP case, it wouldn’t generate enough pressure to cycle the gun, despite being magnum rifle powder. It is meant to increase the pressure in a steady curve, pushing a large bullet out of a longer barrel, not a heavy bullet suddenly.

Black powder works simply by exploding a compressed column of powder, usually in a straight-walled or gently tapered case, propelling a bullet at moderate velocity. Different grades of black powder, such as for rifle or pistol, have a larger or smaller physical grain structure that can create a better burn in shorter or longer barrels, but the energy is always somewhat limited by the fact that the only way to increase power is to increase powder charge. A larger powder charge requires a larger gun or a longer case to pack more in.

Bigger bullets and larger cases as well as longer cases on equal size bullets would generate more power. Today you can simply find a powder suitable to bullet weight and desired speed, sometimes completely ignorant to how much powder is actually contained  inside.

A .45 ACP can function with as few as three grains of some powders and as much as nine grains of others. This is because the pressure generated isn’t a direct correlation to the size of the powder column. Most modern cases are full of dead space.

So back to the guns and reloads. Modern guns are designed around modern powders and as a result, they typically require high pressures and clean propellants to make the guns work. The complexity of modern firearms and their tight tolerances means that most semi-auto rifles won’t even cycle with lead bullets because the lead lacks the surface hardness of a jacket that helps uniform pressures. Many lead bullets today are fitted with gas checks on their base to help prevent deformation of the bullet with smokeless powder and to help uniform pressures at firing.

In all likelihood you could indeed load revolvers, lever actions, and shotguns with black powder cartridges. Of these, it’s really only revolvers that this works well with and even then they can get very dirty and seize up.

What modern shooters don’t realize is just how greasy and oily black powder shooting is. You’ll see experienced 1860 Army revolver shooters with guns so loaded with grease that you have to wash your hands after holding it. A dry black powder gun will immediately seize up after only a cylinder in some cases.

Rounds like .45 Colt are great with black powder and lead bullets. .45 ACP, not so much. .45 ACP was designed around smokeless powder to essentially equal .45 Colt ballistically. My standard reload is only 5.5gr of TiteGroup at 850fps.

Of interesting note, .45 ACP is the most efficient modern cartridge in use today for bullet weight to-powder charge-to pressure. Getting enough black powder crammed into the short .45 ACP case isn’t really possible if you want your gun to cycle or launch a bullet at anything greater than paintball speed.

To wrap this up, don’t try black powder in an AR or even an AK. Corrosive modern ammo means there is a higher amount of what is essentially a salt byproduct that can attract moisture faster, but most ComBloc ammo only needs a wipe-down to remove it and most guns made to fire it have chromed barrels and durable external finishes. Black powder, on the other hand, would corrode your AR or 1911 so badly that it would literally rot away if not immediately maintained. It’s a bad idea.

If you have rounds like .45 Colt, .44 Magnum, .44 SPL, and the like with generous case volumes, you can load black powder at will, but you will have to clean your gun — even a stainless one — immediately at the range and flush it out with water followed by a complete disassembly and cleaning.