I’ve been whitetail hunting where I live (Alabama) with a Marlin .30-30 for years now, and while it’s been great, I really would like to be able to reach out a little farther than the .30-30 cartridge wants to. I’ve always wanted a bolt-action .30-06, and I first gravitated towards the Remington 700, but now I’m seriously considering the Mossberg 100 ATR. Price is a major factor, as I’m not looking to spend more than $500 for rifle + scope. Point me in the right direction, please sir.

I fully admit this one came in yesterday. And while it may be jumping the queue a little bit, its only because this is the exact same question that hunters across the country are asking right now in preparation for the upcoming hunting season. And the 100 ATR may not be the best choice . . .

I’m not saying its a bad choice, but there are better rifles. I reviewed the Mossberg 100 ATR well over a year ago and my opinion of the rifle hasn’t changed. Its an okay rifle — a 2 MoA shooter for about $360. Three solid, very respectable stars. But since that rifle was reviewed, some new players have come onto the field and I have to admit I like all of them more than the 100 ATR. 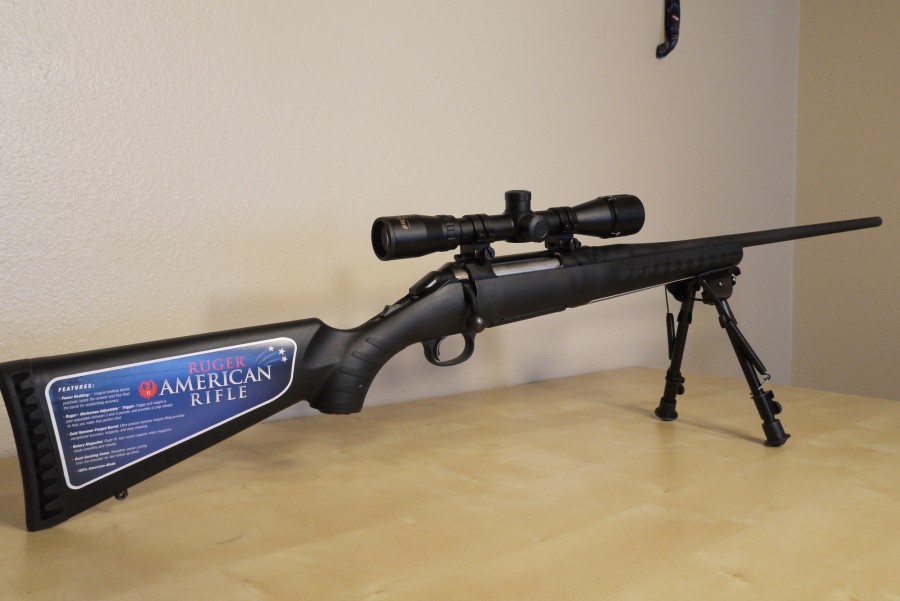 The next rung up would be the Ruger American Rifle, which I reviewed in .30-06 Springfield. Its $10 cheaper, AND the improvements in the fit and finish of the gun are clear. A better free floating stock, a detachable internal magazine and a FAR superior bedding system make this rifle a definite step up from the Mossberg.

But if you’re willing to spend just a hair more money, there’s a real treat on the other side of that $500 barrier. Weatherby came out with their Series 2 Vanguard rifles at SHOT Show this year and they have proven to be absolutely wonderful rifles. This one — my personal Weatherby — has been stacking shots at 100 yards all year long with no problems, leaving one ragged hole in the target at the end of the day. There’s a reason that when I reviewed the Weatherby Vanguard Series 2 I gave it 4.5 stars. And while the MSRP is just a hair over your $500 limit, Bud’s has these for about $460 in your caliber of choice. As for a scope for that bad boy, my default recommendation is the Konus 4×32 Riflescope. You may have noticed it in all of the pictures above. At just about $65 MSRP, this thing is just enough glass to get you solid hits out to 250 yards. Anything past that and you may want to consider paying more for a scope than it takes to fill up your tank.