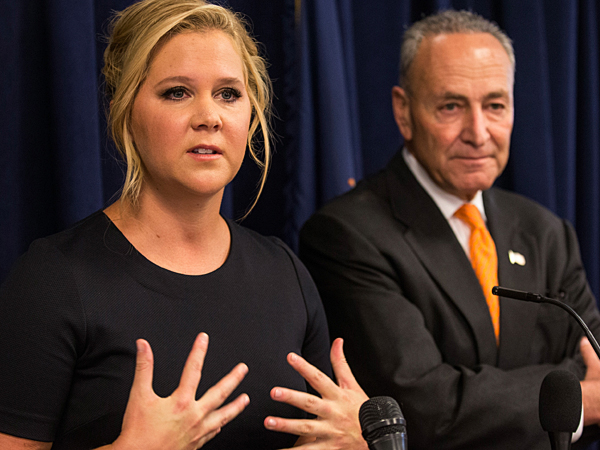 According to variety.com, comedienne Amy Schemer dreams dreams of “legislation that would expand background checks, including ending a loophole in which firearms can be purchased at gun shows and online without such initial checks.” But when the heat is on, Ms. Schumer dreams of unfettered access to a veritable arsenal of “guns and lasers.” Like this . . .

Will Smith and I are filming a movie. We step out of our trailers—and no one is around. I say, “Hey, Bill” (inside joke even though I have never met him). “Where is everyone?” He looks over my shoulder and says, “Oh no, they’re here.” I turn around slowly, like crazy-ass slowly. And I see them. Tons and tons of zombies. He grabs us a bunch of guns and lasers. We kill them all. We get all sweaty and we look really hot. And I say something cool like “They didn’t even see it coming.” Not that but something cool.