Anyone looking for a gun they can carry regularly has a lot to consider. There’s a new handgun coming out every month it seems, and there’s never a lack of tough choices to make as each new feature or added customization enters the fold.

Compare options side-by-side, and you’re going to see some differences that can help make an informed decision that’s a little easier.

We’ve been fans of the FN 509 family of 9mm pistols since they were first introduced, and one in particular has caught our eye as a great example of a very capable gun with carry-friendly features, made for comfort and reliability.

Here’s a rundown of the biggest differences and benefits of the FN 509 Midsize as an everyday carry gun.

1. Best of both worlds

When you shrink a full size pistol down, you’re making fundamental changes to the overall performance. That’s not to say compact handguns can’t do the job, but the FN 509 Midsize brings together a four-inch barrel and slide with a midsize frame. That helps retain the functionality of a full-size gun, with more concealable features like a shortened grip and an easy-racking, lighter recoil spring.

The texturing on the FN 509 Midsize’s grip, along with the two interchangeable backstraps provide an ideal fit for any shooter. The combination of textures make for a sure-handed grip without being abrasive, a welcome change from other guns.

The texture is designed to handle challenging conditions like heat, humidity or rain, promoting better recoil management and more reliable follow up shots. Even the 509 Midsize’s slide has specially-designed cocking serrations to avoid slipping.

The standard fixed, 3-dot luminescent sights on the 509 Midsize help you acquire your target even in low light situations. They’re made to minimize the risk of catching or snagging on the draw. 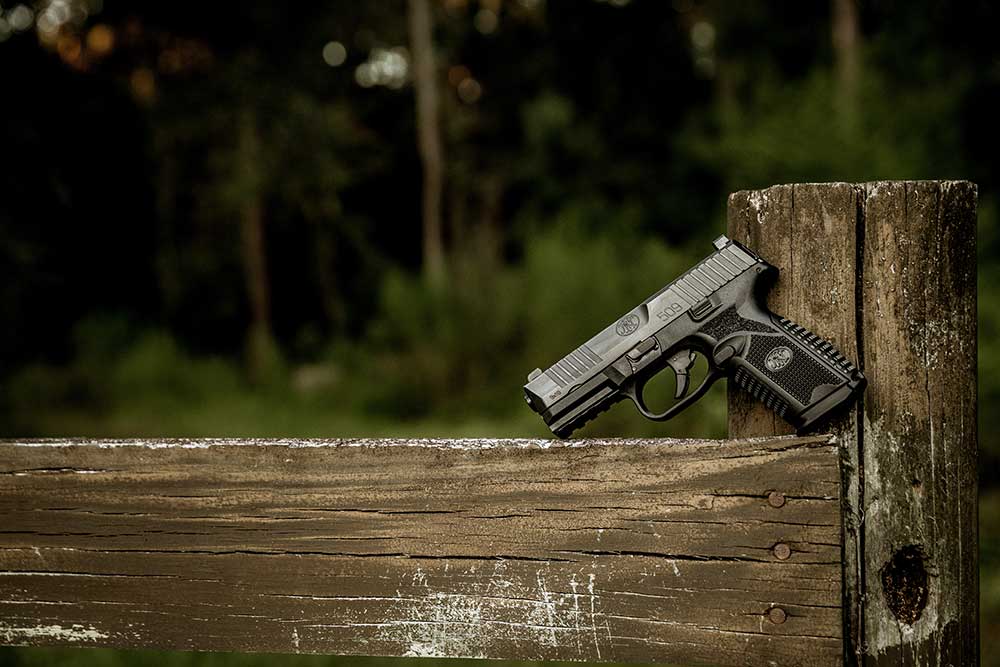 The FN 509 Midsize is made to accommodate any shooter with fully ambidextrous controls. Lefties won’t have to compromise, adjust or adapt to the pistol as it features both slide stops and magazine release on both sizes of the gun.

The 509 Midsize ships with a pair of magazines, either two 10-round or two 15-round options. It’s compatible with FN 509 17-round and 24-round magazines, as long as you use the appropriate magazine sleeves. That’s four capacity choices, something most carry guns don’t give you.

The FN 509 Midsize comes with a mil-standard Picatinny rail, so you can add the accessories you need. A light, laser or both give you the options and capabilities you need for your needs and style of carry. FN America took their line of striker-fired pistols in a new direction in 2017 with the introduction of the FN 509. It was born out of their entry in the Army’s modular handgun system competition. FN’s tested the 509 with more than 1 million rounds during the gun’s development process to ensure that their new flagship 9mm pistol is ultra reliable.

8. The backing of an industry leader

FN handguns have earned the respect of the commercial, military, and law enforcement customers around the world with their commitment to design excellence and quality. The 509 Midsize benefits from FN’s distinction of producing the worlds most battle-proven firearms. The 509 family of guns follows in that tradition and are made entirely in the United States in the company’s state-of-the art production facility in Columbia, South Carolina.

FN takes pride in the firearms they produce and the customers who buy them to safeguard their lives. The 509 Midsize is a carry gun you can buy and carry with confidence.