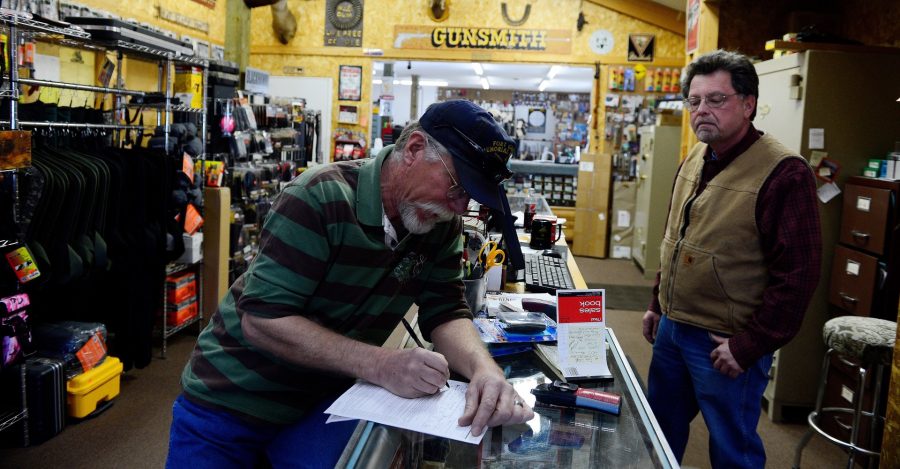 “When it comes to gun control and the Second Amendment, Democrats and Republicans are deeply divided except for a few safety measures such as background checks on gun sales,” huffingtonpost.com reports, analyzing a Pew Research report released Friday. (Click here to read.) Pew examines the pew-pew views of Trump and Clinton supporters. The results aren’t surprising, but they are revealing. The Firearms Owners Protection Act of 1968 prohibits federal, state, and local governments from creating and maintaining any and all firearms owner databases. The current federal background check system (NICS) creates a paper record of all new firearms purchases from federally licensed dealers. As do various states.

Federal and state governments have permanent records of hundreds of millions of firearms transactions, including names and address, in the form of stored ATF form 4473s. This is in direct contravention of FOPA. (As are other federal firearms databases.) “Universal background checks” are illegal under current law.

By stipulating that all firearms purchases and transfers (included in current UBC legislation) are subject to a background check, UBC’s create an even more comprehensive version of the aforementioned gun owner databases. Trump voters who support UBC’s fail to recognize the danger, as identified and countermanded by FOPA.

According to Pew, just 64 percent of Trump supporters reject the idea of “creating a federal database to track gun sales.” Yet that’s exactly what “universal background checks” do. How can you reconcile the two opinions? Ignorance.

According to Pew, 66 percent of Trump supporters reject both a ban on “high-capacity magazine clips” and a “ban on assault-style weapons.” This indicates that Trump supporters are against gun control, period. If they knew the potential impact of “universal background checks” on American gun ownership, it’s highly likely they wouldn’t support them.

But again, the Second Amendment is clear: universal background checks are unconstitutional, regardless of their popularity or [unproven] social utility.