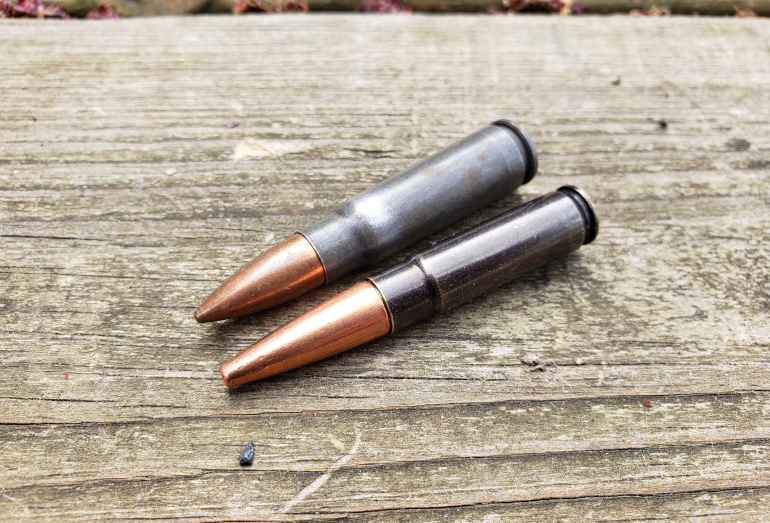 The first thing that we need to cover here is the single greatest problem with AK-47 ammo. I have talked about this in the past and I think it rings true today, as not much has changed in terms of the import and export scene in the last several years. The problem I am referencing is that American AK ownership is linked hand-in-hand with foreign imports that originated in largely Soviet-bloc countries.

I love the AK rifles series. I love Mosin Nagants. In fact, I have hardly met a gun I haven’t liked on some level so long as it functioned with reasonable accuracy and reliability. What I don’t love is watching my guns turn to paperweights when ammo is suddenly gone.

Case in point: 5.45x39mm, which is an excellent cartridge, but completely pointless to own as an American. The only good ammo available in quantity was the 7N6 cartridge, which was often found for as little as $75 per 1080 rounds. That made owning an AK-74 feasible and cheap. All that changed when 7N6 was reclassified as armor piercing ammo and subsequently banned from import.

Just like that, the AK-74 in American hands became nearly useless. Unless you had 50,000 rounds stockpiled, there was no ability to resupply for the average 5.45mm shooter.

If you don’t think that the same thing can happen to the 7.62x39mm, you’re naïve. The only good 5.45mm was the 7N6, period. The 7.62x39mm M43 cartridge was essentially just an FMJ bullet and thus most AK ammo out in that caliber is basically the same. The same can’t be said for 5.45mm. The whole reason to own one was because of how good the 7N6 was. The basic lead core soft point stuff just doesn’t cut it.

What am I getting at here? Is that crazy millennial arguing that the AK rifle is hovering on the verge of oblivion in the United States? Is he going to argue we should all shoot 300 Blackout in an AR rifle (you absolutely should)?

What I am getting at is just that I don’t have particular faith in the ability of the domestic market to fill demand currently met by foreign import. Imagine Wolf, Tula, PMC, Brown Bear, and many others vanishing from the shelf. Hornady and some others would be left, but they are comparatively pricy and have brass cases as opposed to the cheaper lacquered steel cases.

I think the primary benefits of the 7.62x39mm has been low cost and decent power at short range. I would have to say that there are no other significant advantages to it other than that. If you remove any variable above, you instantly lose what can be gained from the cartridge.

If you’re shooting American-made brass-cased ammo in an AK, you may as well own a 7.62×51/.308 Win in an AR-10 and take advantage of greater power and accuracy at the same cost.

The real issue with today’s AK-47 ammo is that it has been bested in nearly all ways by domestic calibers of domestic manufacture. The 300 Blackout round beats 7.62x39mm in all the areas that count aside from cost. If you take that away, the 300 BLK is far superior.

Even the 9x39mm is a waste of time because we’re not getting the same SP-6/7N9 projectiles the Russian military uses. The 300 Blackout is, again, better in this respect because its technology is within the grasp of most shooters today.

The very best ammo for the AK series rifles is the kind that’s plentiful and affordable, both of which are constantly threatened by an arbitrary import ban. An American company would have to make serious investments in machinery to be able to turn out ammo that’s cheap enough to match the steel-cased fodder that is currently imported.

I do not see that happening as the market that’s consuming cheap AK ammo is small compared to the wider shooting public, thus making it instantly vulnerable to collapse should an import ban be lifted.

Looking at 7.62x54R, which is chambered in a number of AK-type rifles as well as the venerable Mosin Nagant, we have seen a steady increase in price despite the lack of quality increase. Again, if you own a Mosin and like it, by all means buy ammo for it. If you have been watching the market for Mosin rifles, you’ll know that prices have risen to well over $300-450 in general, which is up from the $75-90 they were only a decade ago.

The supply is drying up and, along with it, the demand for cheap ammo. The Mosin used to be a great beginner’s rifle as it was cheap, powerful, and reasonably accurate. Now that you can get an AR-15 for the same price, I fail to see why a budget-conscious shooter would opt for a gun that’s longer, heavier, and lower capacity.

The 9x39mm is an interesting one that I have only briefly touched on. In the wide world of AK-47s and related rifles the 9x39mm has long been pitched as the one that will take us all by surprise. I’ve heard that it will make the 300 BLK obsolete and become the next subsonic king. I like humor when it comes to guns, and that, friends, is a funny joke.

The problem is that some people don’t see it as a joke. I hear time and again that [insert next great thing here] will unseat the 5.56mm, .308 Win, and .45 ACP, but they all fall flat. What, dare I ask, is the .300 HAMR good for? .30-30 in an AR? How about 6.5 Grendel? 6.8 SPC? None really do anything spectacular, they just do one thing a little better than an existing caliber while being far harder to find in quantity and expensive by comparison.

In short, the 9x39mm may be a hot thing for about a day, but at the end of that day it is still at the mercy of import bans, non-standard parts, and has very popular domestic competition.

A new .35 caliber option is the 350 Legend. Time will tell how well it sells, but the new straight-walled Midwestern deer cartridge offers a great deal and is compatible with many 9mm suppressors. Some new factory rifles I’m aware of come pre-threaded for this purpose and there are a couple companies working on heavy subsonic loads.

I like what is being tried with the 7.62x39mm today. It is the best all-around ammo for the AK-47 family and it deserves the reputation it has earned the world over. But while I like it quite a bit, it’s fast becoming a risk.

I enjoy that companies like Maxim Defense have released their PDX rifle in 7.62x39mm, but I think it may drop off the list of offered chamberings in the years to come as there are hardly any good subsonic options available and a short, supersonic-only rifle is not something that many people will want in the long run aside from a dedicated few.

Something to consider if you are a diehard fan of the AK system is one chambered in a domestic caliber. An AK in 5.56mm is a great solution to the problem that surrounds the availability of 7.62x39mm and other import calibers. IWI makes some excellent rifles in their Galil series that chamber .308 Win and 5.56mm and take common AR mags, so you won’t have to hunt down special magazines.

The AK system is going strong today thanks to a dedicated following. While I believe that there will always be a market for the 7.62×39, I can’t say the same about 5.45×39 or 9×39 unless import laws allow the good bullets back in.

The latter two just don’t make the grade when 5.56mm and 300 BLK are dominating the scene. My advice would be, if you have an AK and like it, keep it. Just make sure you stock up on lots of ammunition for the days and years to come.