I recently visited BLACKHAWK!‘s Manhattan, Montana accessories operation along with a gaggle of other gun writers. BLACKHAWK! is part of publicly traded Aliant Techsystems, also known as ATK. In case you have a life and aren’t familiar with ATK’s corporate structure, the conglomerate is a firearms-related and outdoor juggernaut (they’ll actually be spinning off the sporting group, soon to be called Vista Outdoor). In addition to BLACKHAWK!, the ATK umbrella encompasses names you know like Federal Premium, Speer, CCI, Savage Arms, Bushnell, Weaver, Outers, RCBS, Gunslick, Hoppe’s, Uncle Mike’s and more. Their Montana plant used to be located in beautiful Bozeman. But when the company outgrew that facility and wanted to expand, rather than accommodating a growing business, the city fathers, in their infinite wisdom, made the process difficult enough that ATK decided to build a new 80,000 square foot operation 20 miles west on I-90 in Manhattan. It’s a beehive of activity, working to meet the demands of their military, law enforcement and gun owning customers . . .

Manhattan is where they design and produce a lot of their injection molded items, everything from BLACKHAWK’s Serpa and Epoch holsters to those little trays that hold the cartridges in the boxes of Federal ammo you just bought. And the plant’s 24/7 operations make this Manhattan a city that never sleeps, too, feeding the constantly hungry maw of gun owner demand.

Chris Michael gave us a quick and dirty overview of their product design process, in this case a Serpa holster for a new pistol. Once he’s finalized a design they produce a 3D-printed version to make sure the prototype works as, well, designed. Once the design is finalized, they need to produce a mold. Our tour guide and master of ceremonies, Birten Todd, described how the plant produces their own molds on CNC equipment for the 30 injection molding machines they have cranking away, day in, day out. Here, the Serpas are completed and packaged for shipping. 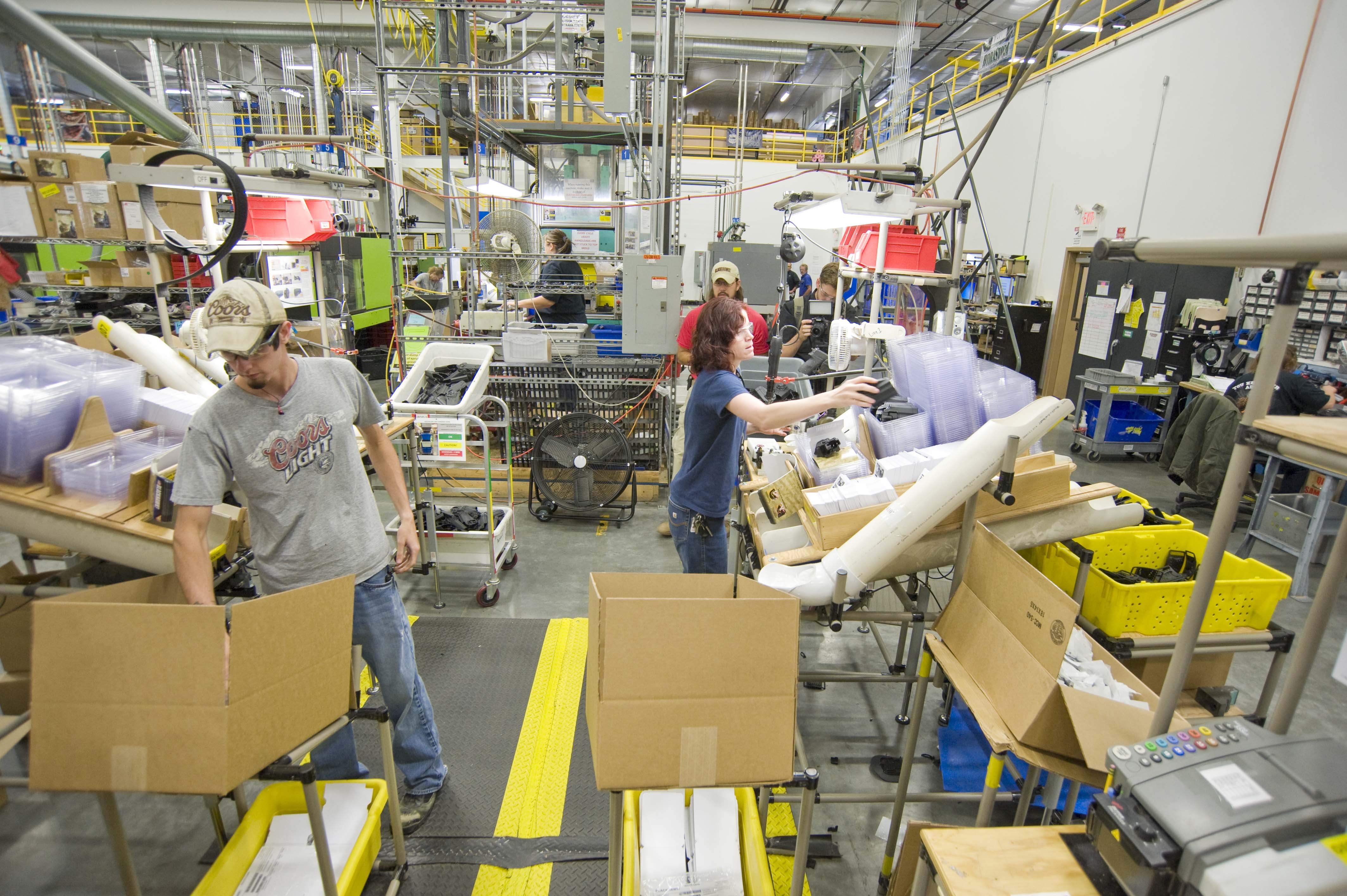 Given the Manhattan plant’s size and capacity, they don’t just turn out BLACKHAWK! gear. They also produce other items like some of the plastic trays that end up in boxes Federal Premium, Speer and CCI ammunition. Here are some for .22 LR rolling out of the molding machine. Not that any of us is likely to actually find much of that it in stores. 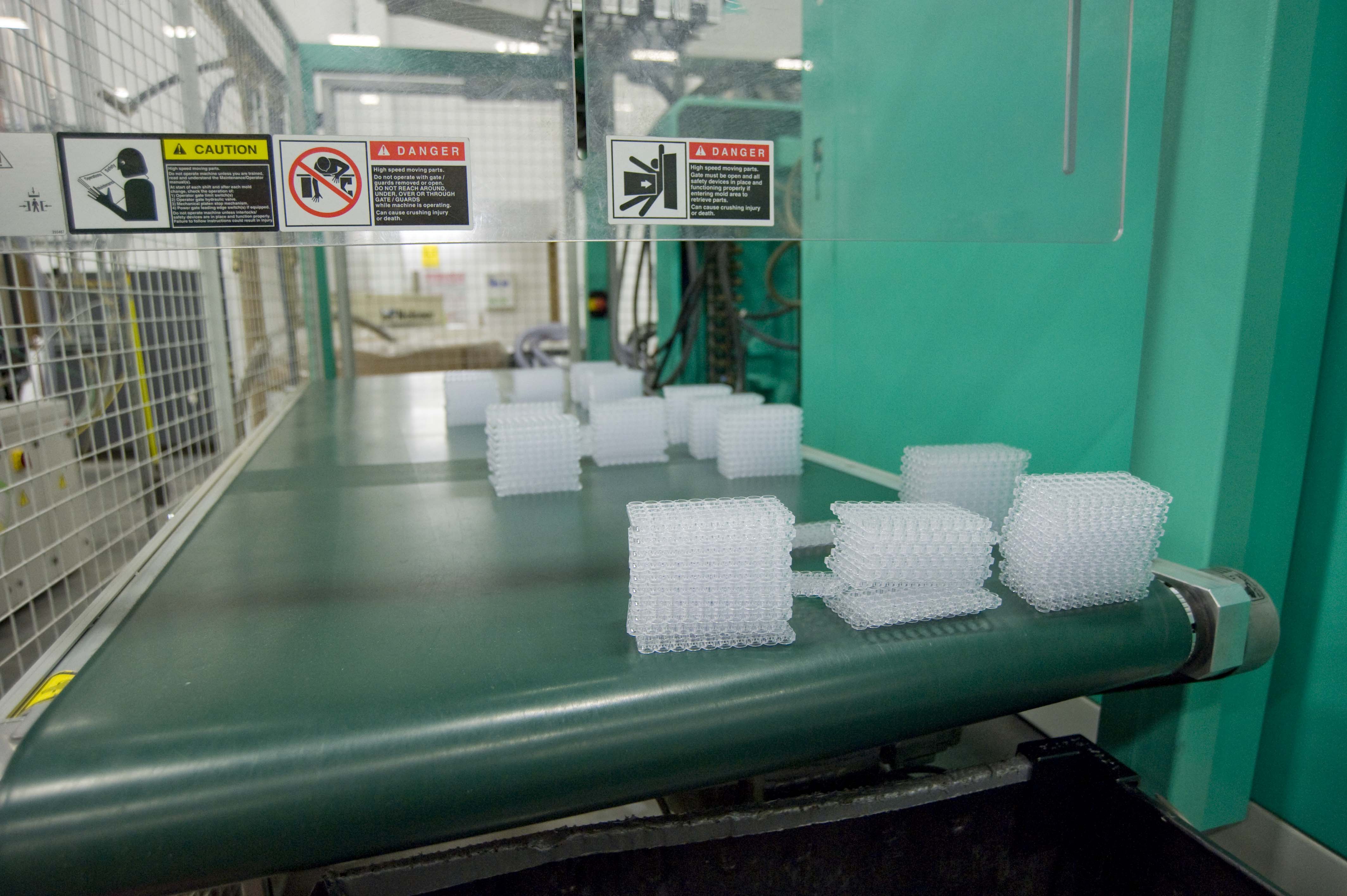 Holsters aren’t the only BLACKHAWK! SKUs made in Manhattan, either. Here, Night-Ops weapon-mounted lights are completed. And while most of ATK’s web gear is assembled in Puerto Rico, here shoulder harnesses for CQC Serpa holsters are sewn. And these are tactical drop-leg holsters being assembled. 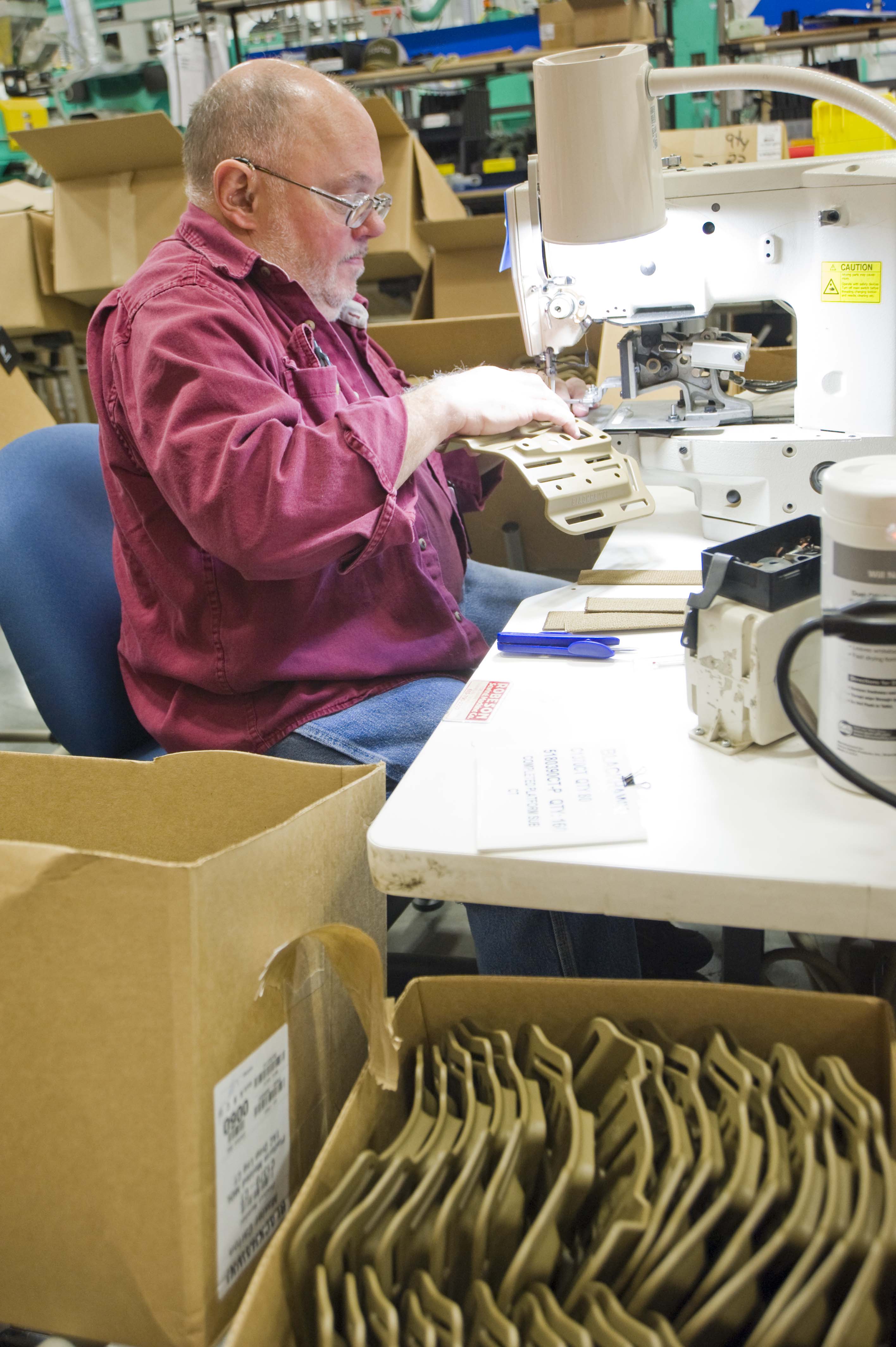 Up on the factory’s mezzanine level, they produce a variety of cleaning products you’ve probably used if you’ve ever swabbed out a gun. Items like bronze brushes. 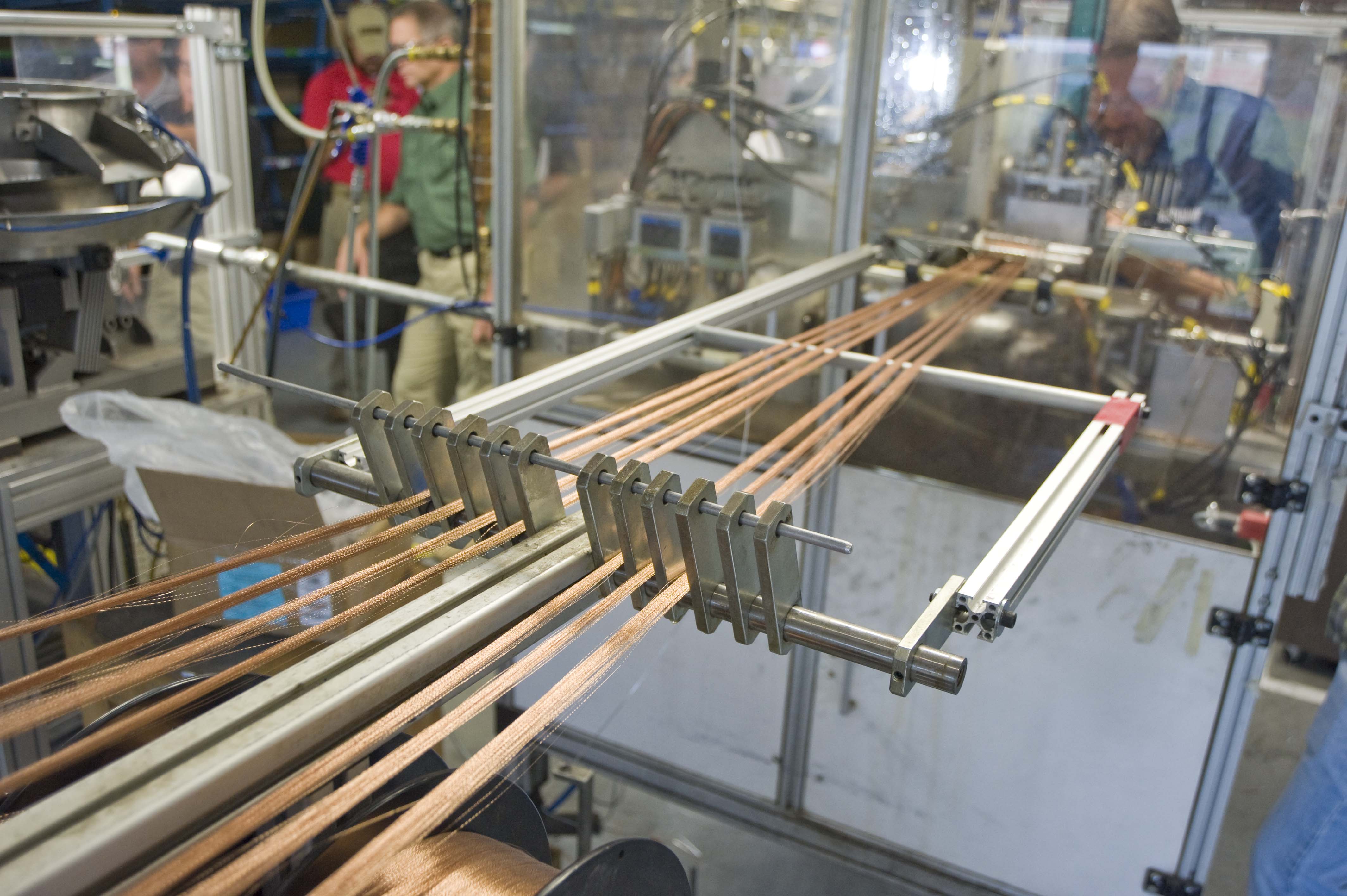 Oh, and don’t forget patches. You’ll need those, too. Here’s where they package up a lot of that cleaning gear into the Outers and Hoppe’s kits you see hanging on displays at retailers like WallyWorld and Bass Pro. So there you have it. A thumbnail sketch of what 200 people do every day deep in the heart of beautiful Big Sky Country to help you pack your piece, feed it and keep it pristine.