“Candidates must realize that reducing gun violence is a winning and moral issue,” The New York Times’ Editorial Board opines over images designed to short-circuit rational thought. “Aggressive turnout by voters who believe this can defeat the N.R.A. at the polls. Until then, the bloodshed will continue.” Yeah, that’ll stop the criminals, crazies and terrorists! Until then more news . . . Just a day before the school shooting in Florida that left 17 dead, a Washington state woman handed police her grandson’s journal — which allegedly detailed plans for a mass shooting at his high school.

Catherine Katsel-O’Connor called 911 on Tuesday in Everett, Washington, after she read the journal of her grandson, Joshua Alexander O’Connor, the night before, according to court documents.

She indicated that she was alarmed by the violent sentiments she discovered in the journal — as well as the semi-automatic rifle she found hidden in a guitar case. Broward County Sheriff Scott Israel made pointed comments on gun control, saying, “If you are an elected official and you want to keep things the way they are and not do things differently, if you wanna keep the gun laws as they are now — you will not get re-elected in Broward County.”

The statements receiving a round of applause and standing ovation from the crowd.

So You Want To Have A Conversation About Gun Control? – I don’t think that word means what the antis think it means.

When you try to conflate the NRA and the KKK, who were on completely different sides of the race debate when they were created, and still are, you’re virtue signaling and look like an idiot. (And it doesn’t matter what you’ve read in some leftist rag by someone else ignorant, no matter what alleged credentials they claim.)

When you claim suppressors allow “silent assassinations,” or speak of “high capacity clips” (sic), or that “bump stocks [sic] turn rifles into machine guns more dangerous than what the military uses,” or reference “the shoulder thing that goes up” or talk about “assault weapons” based on what stock and grip two identical rifles have, you’re being a complete tool. You’re not “saving lives,” you’re not “promoting gun safety,” you’re flapping around like an idiot and making a scene.

If you say you want to “compromise,” you’re lying, because we’ve spent 150 years “compromising” with your ignorant bleats, and, as you admit, have “accomplished nothing.”

So if you have any intellect whatsoever, you should probably take this opportunity to shut the fuck up and let the experts handle it before you kill another patient. Judd Apatow: Trump ‘Too Much of a Coward’ to Buck the NRA – And Chelsea Handler’s too stupid to comment on Constitutional rights AR15 vs AR10 , Is Bigger Really Better? A Look at Big vs Little ARs Downrange – Yes, bigger is better. Deal with it.

There’s a reason that so many the best AR15 scopes have the same drop compensation markings for .223 and .308. While not identical and subject to variance depending on bullet types and weights, the trajectories between the two calibers are fairly similar. If you simply want more the energy and momentum of a bigger and fatter bullet, then an AR-10 in the classic .308 caliber might be your Huckleberry.

Where things start to get interesting is with other caliber options presented by the larger magazine well and upper receiver components of the AR-10 rifle platform vs the AR15. With a structure designed to handle longer and fatter cartridges safely, all sort of possibilities open up. While there are others, 6.5mm Creedmoor is a great example. Perhaps that’s why we’re seeing so many AR-10 and other semi-automatic platforms adopting that caliber. 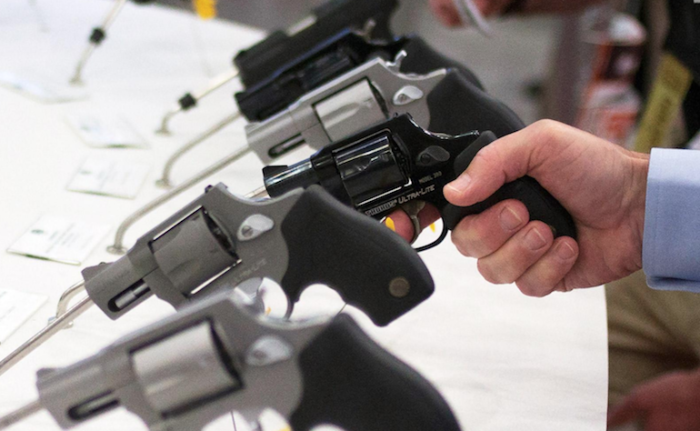 The concept of the GVRO is simple, not substantially different from the restraining orders that are common in family law, and far easier to explain to the public than our nation’s mental-health adjudications. Moreover, the requirement that the order come from people close to the respondent and that they come forward with real evidence (e.g. sworn statements, screenshots of social-media posts, copies of journal entries) minimizes the chance of bad-faith claims.