Slow Joe’s ain’t getting any quicker . . . Joe Biden: AR-15 Used to Stop Texas Church Massacre Should Not Be Allowed

During a November 13 appearance on NBC’s Today, former Vice President Joe Biden answered a question on Texas church attack hero Stephen Willeford by saying, “Well, first of all, the kind of gun being carried he shouldn’t be carrying.”

His response came in response to an audience member who was asking how Democrats can justify pushing gun control when it was clearly the presence of a gun in the hands of Willeford that ended the attack.

On November 6 Texas officials credited Willeford with ending the attack.

Harshing the anti-gun narrative . . . How the Sutherland Springs good guys with guns transformed the politics of mass shootings

Herein lies the political value in the current moment of the good-guy-with-a-gun narrative: It transforms the problem into its solution, even as it reduces the chances of backsliding into politically distasteful discussion of regulating gun ownership.

Any discussion of curtailing gun rights can be swiftly, and easily, met with a simple retort: How much worse would this have been if there hadn’t been a good guy with a gun? So while this tragedy may lead some Texas Democrats and liberals to think that the mass murder in Sutherland Springs might tilt the state’s conversation on gun control and gun ownership, the opposite is more likely. Moving forward, we should expect the presence of an armed civilian returning fire and its narrative of a good guy with a gun to drown out discussion of even relatively minor adjustments to gun ownership practices — even those that might fit within the usually reliable mental health narrative. 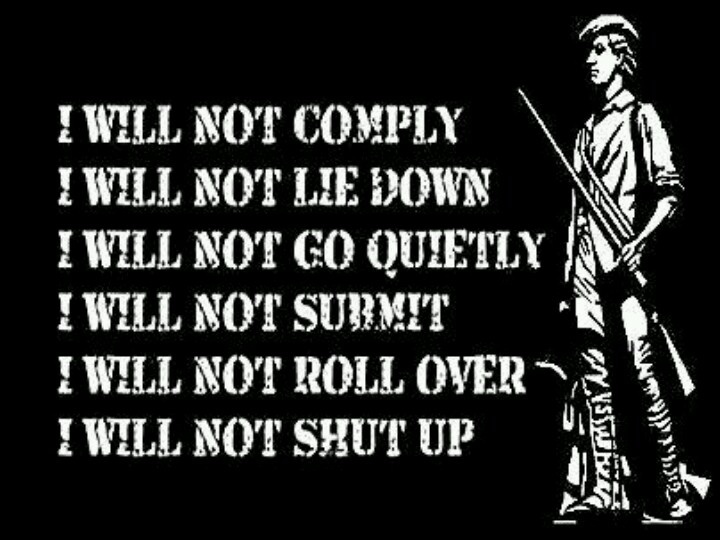 Well yeah . . . Tighter Gun Laws Will Leave Libertarians Better-Armed Than Everybody Else

Gun controls then, like other restrictions and prohibitions, have their biggest effect on those who agree with them and on the unlucky few scofflaws caught by the powers-that-be, and are otherwise mostly honored in the breach. As a result, gun laws intended to reduce the availability of firearms are likely to leave those who most vigorously disagree with them disproportionately well-armed relative to the rest of society. That raises some interesting prospects in a country as politically polarized and factionalized as the United States.

That gun restrictions are widely disobeyed is a well-documented fact. I’ve written before that Connecticut’s recent “assault weapons” registration law achieved an underwhelming 15 percent compliance rate, and New York’s similar requirement resulted in 5 percent compliance. When California imposed restrictions on such weapons in 1990, at the end of the registration period “only about 7,000 weapons of an estimated 300,000 in private hands in the state have been registered,” The New York Times reported. When New Jersey went a step further that same year and banned the sale and possession of “assault weapons,” disobedience was so widespread that the Times concluded, “More than a year after New Jersey imposed the toughest assault-weapons law in the country, the law is proving difficult if not impossible to enforce.” That’s in states with comparatively strong public support for restrictions on gun ownership.

There is no right that is more fundamental to the character of America than the right to bear arms. Without this right, America would have been unable to defend herself against the British during the American Revolution. The right to defend yourself and your family is not just a constitutional right, but also a God-given one.

Christina Hagan will stand up to any and all attempts to infringe on our constitutional and God-given Second Amendment rights. Period.

If you believe a semi-automatic target shotgun should point and balance like a fine double gun with perfect balance and weight distribution, then the L4S is the gun you have been waiting for. The magazine is shortened to a four round capacity to reduce the length of the fore-end for improved balance. The L4S does not have an action spring in the stock and attaches with a simple stock bolt. This feature allows us to sculpt the pistol grip to eliminate the awkward feeling that affects many semi-auto shotguns. Because the L4S is designed for 2 ¾” target loads, the action is shorter than guns made to function up to 3 ½” cartridges, further enhancing the handling characteristics.

The L4S also incorporates a revolutionary new fore-end design that does not rely on wood to be part of the mechanical assembly of the gun. This removes all wiggle and movement in the fore-end that plagues all current semi-auto designs. Additionally, it makes the barrel to receiver relationship more precise and stronger while eliminating the forces that can damage and crack the wood. Attorneys for the wife of Pulse nightclub shooter Omar Mateen wrote in a motion filed this week that he was using online dating websites such as Plenty of Fish to cheat on her.

Noor Salman’s attorneys said in the motion that Mateen used a mutual friend as a cover story so he could go out with other women.

Salman told the FBI her husband told her the night before the attack he was going out with this friend.

Salman’s attorneys argue this is relevant because Mateen was actively trying to hide what he was doing from his wife. Salman claims she knew nothing of the attack. And “universal background checks” won’t change this one bit . . . How guns move across state lines

The Bureau of Alcohol, Tobacco, Firearms and Explosives traced more than 211,000 guns back to their original point of purchase on behalf of law enforcement agencies in 2016. Of those, roughly 71 percent were originally sold in the state they were found, while the rest were from out of state. This interactive map shows the pattern of how guns move from state to state.

Why it matters: It’s often impossible to establish the chain of ownership from owner to original point of sale. Firearms legally change hands without a paper trail through private purchases, including those made at gun shows. Additional restrictions on how records can be stored can make the entire chain even harder to trace.