The following article—Narco Zones: Hospitals without Doctors—is republished from borderlandbeat.com with their permission:

Doctors and interns assigned to areas with a strong presence of organized crime have been threatened, extorted, kidnapped and murdered without the benefit of health authorities and security forces to promptly protect them.  In some cases, narcos charge protection fees, and others threaten the doctors to meet with certain patients . . . 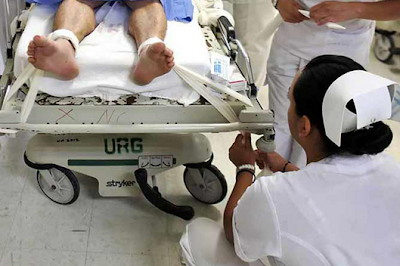 The IMSS (Instituto Mexicano del Seguro Social), lists at least 50 doctors this year so far that have requested a change of work place due to the high risk of violence placed on them, from the dangerous hospitals that they were originally assigned, said Manuel Vallejo Barragán, the newly elected secretary general of the National Union of Social Security Workers.

“The doctors are receiving threatening messages from  narcos saying that they have the addresses of their families.” Vallejo said in an interview.

“We are very concerned that doctors and nurses do not want to work in high risk hospitals and that many hospitals are left with a shortage of doctors, such as in Tamaulipas.”

He explained that Chihuahua, Tamaulipas and Michoacán are states where IMSS doctors have reported much concern about the violence. In February 2011, the coordinator of advisors of the undersecretary of Integration and Health Sector Development [Ramiro Tamayo] acknowledged that violence and insecurity has affected the hospitals in Baja California, Chihuahua, Durango, Nuevo Leon, Sinaloa and Tamaulipas, but stressed that they were committed to the quality of health care and safety of the patients.

In response, an official from the House of Representatives, expressed his concern for the safety of doctors in various parts of the country.  The official proposed establishing strict control measures of access to the hospitals, health centers, particular emergency departments.

In Tamaulipas, the state Health Secretary, Norberto Treviño Garcia Manzo, said currently six clinics have closed because of violence in Padilla, Soto la Marina and the border cities. Sara Cortes, president of the Mexican Association of Colleges and Schools of Medicine (AMFEM), said that the health authorities of the three levels of government and heads of campuses, agreed to provide basic security for interns sent to dangerous areas.

They also agreed to issue an official standard of governing the physical conditions of the medical units, although it was acknowledged, there is no progress in this regard. 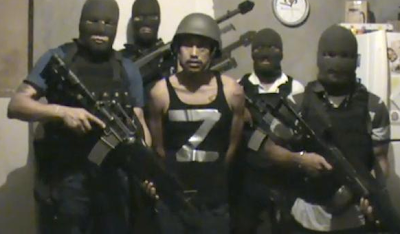 The results indicate that in the last six years, three medical interns were killed, two were kidnapped, one was attacked with an ice pick, at least two armed commandos arrived at the hospitals and forced doctors to assist injured narcos, one woman was beaten and raped, and 62 others were threatened.

The president of the AMFEM indicated that the attacks increased after 2007, many of which happened in states that were not even considered violent and that not all the attacks came from organized crime.

“It is a phenomenon we are seeing more and more. Some years ago the medical staff was embraced by the community, but that is being lost, especially in states where organized crime conditions are worse. The fact is that they are not appreciated despite all their hard work.” he lamented. 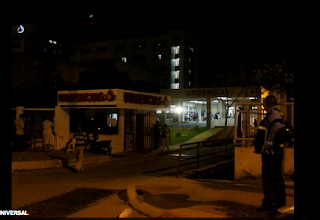 As noted by example Norma Angelica Aguilar Avila, a medical intern, from the National Polytechnic Institute (IPN) was murdered in December 2008 in the community of Huascuato, Jalisco, by a parent who’s child was refused by the hospital emergency.

Given the failures of the authorities, some medical schools have taken steps to protect its graduates: in 2011, Tamaulipas announced their decision not to send interns to rural communities and in October the Instituto Politecnico Nacional (IPN) suspended Social highland municipalities of San Luis Potosi.

The vulnerability of the medical staff was evident in October 2010, after an armed group entered the General Hospital of Mazatlan and shot to death a young man.

According to a national and local review by Media Reform; from 2010 to the present, armed commandos have stormed in at least 18 hospitals in Michoacán, Jalisco, Guerrero, Coahuila, Morelos, Chihuahua, Sinaloa, Durango, Monterrey and Zacatecas, most of the time to finish off wounded patients that had just arrived at the hospitals.

In recent months, doctors and students have staged demonstrations in Nuevo Leon, Nayarit, Sonora and Chihuahua to demand greater security. 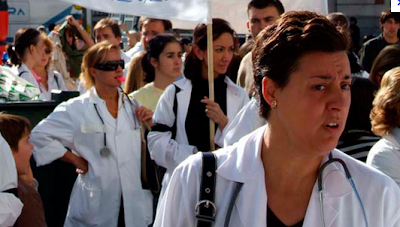 The protests intensified after that. On October 15, a medical intern in Tecuala, Nayarit, a young woman nurse who was a trainee, was raped and beaten by a group of men when she was left alone in a medical center. Currently the girl is in a coma at a local hospital.

An official, Sara Cortes said “In the case of the young woman who was sexually assaulted in Nayarit, her family reached an agreement with the state government to provide security to the trainees who are not in safe areas. What we are asking is for this to be extended to the whole country and that all trainees, including men and women, are given security to protect them in high risk areas.” she said.

A study published in 2011 by the Faculty of Medicine of the UNAM, states that 60 percent of 2009-2010 graduates were sent to clinics that did not even have telephone service, 72% reported that the hospitals were not being constantly monitored, 35% reported that they had at least one or more break-ins, 19% were victims of a robbery and kidnapping.

According to the study, 37% of medical interns felt unsafe in the place where they did their social services, and 23% had thought about quitting because they felt that their lives were in danger.

Another study published by the same institution in May, indicated that about 36% of medical interns sent to Durango, Chihuahua, Hidalgo, Oaxaca, San Luis Potosi, Sonora, Tabasco, Veracruz and Zacatecas felt unsafe at the hospitals to which they were assigned to, while 22% had thought about quitting.

Each year, more than 12,000 medical graduates do their social service in different states, which lasts for one year. In return, they receive a scholarship of between $650, $6,000 and $10,000 pesos annually. 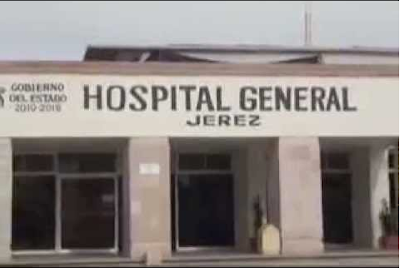 According to the health sector, medical interns cover about 50% of the their medical expenses.

Sara Cortes said in an interview that schools and students are aware that social service is a constitutional responsibility. However, demand that the authorities comply with their obligation to provide trainees basic safety measures.

“The country needs to pay more attention and should not ignore us. Finally, we want our interns to fulfill their social services in reasonable conditions of security and that their complaints and requests for support are addressed with the urgency and value that this subject demands.” she said.