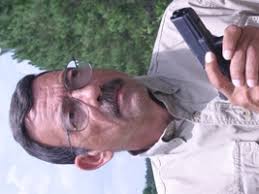 Massad Ayoob is The Man, in more ways that one. On the job with Law Enforcement since 1972, he’s the go-to guy for the straight skinny on personal defense. This is the third in a multi-part series, the result of a telephone interview earlier this week. If you’ve not caught the other parts of the series, do yourself a favor, and start at the beginning. Or if you missed Part II, click here. And now, back to the questions from TTAG’s Armed Intelligentsia…

How important is your attitude and your demeanor? I’ve always tried to be polite, respectful and attentive when I deal with law enforcement, even on something as simple as a traffic stop, because I’ve always believed that it would help defuse any tension.

You’ve got the right answer. If you look at anybody who teaches general negotiation, the first thing they’ll tell you is to put yourself in the other person’s position. In a traffic stop, you need to do the same. And when the officer is responding to a shooting, when “A” has been shot by “Person X,” He is going to be in reasonable fear of unknown “Person X.”

We are unknown “Person X.” We have to be totally non-threatening to that officer, cooperative to the extent where you stick with the four-points (state your view of what happened, affirm that you will sign the complaint, point out witnesses/evidence, and state that you’ll provide him with full cooperation after speaking with counsel). Remember, you’ve just gone through a near-death experience. After providing the information in the four points, simply repeat that you’ll provide full cooperation after speaking with counsel.

From the D.A.’s point of view, what are the red flags they will look for that will determine if they want to prosecute as opposed to believing it’s a justifiable, self-defense situation?

Well, the person who seems angry at the scene is a red flag. That’s never good. The person who has fled the scene – it’s one of the stupidest thing you can do, and I’ve been to classes where I’ve absolutely heard people say “leave the scene.” It triggers an element called “flight = guilt,” which is an tenet of the law that goes back all the way to the Bible. The assumption is, “if you did the right thing, why did you not stand your ground and explain yourself.”

Fleeing the scene is an almost guaranteed indictment, and is one of the most difficult to dig people out of.

It’s a real good idea not to be wearing a T-Shirt that reads “Kill a Commie for Mommy ” or something similar. I used to jokingly tell students, say that when the cops got there  that it was a bad idea to be jumping up and down, yelling, “I got one! I got one! I finally got one!” And then life imitates art and humor, apparently.

Ran across a case on the East coast, where the victim was a guy who owned a small business that had  repeatedly victimized. He was decided he was gonna buy a gun, take a thermos bottle and a cot and sleep overnight at the business a few nights. And, by God, the burglar breaks in, comes at him with the burglar tools – he had a hammer in one hand, and I forget what he had in the other, but with a weapon in each hand, and this poor guy in the dark just lit him up with his new Beretta. He shot the guy multiple times, and his first statement to recorded 911 dispatch is “I finally got one of those bastards who’ve been ripping me off!”

The assigned district attorney just never got past that one, and it was damn near a year before the chief district attorney sat him down and said, “You might wanna look at the rest of the facts here, and this is why I’m taking this case away from you and dropping it.” But by that time, it had cost the victim thousands of dollars in legal fees, and it’s basically why any of us in an emergency, it’s gonna be happening so fast, we need to have a plan.

I realize this will be somewhat anecdotal, but in your experience, have you found those that hold concealed handgun permits to be more law-abiding than those who own guns without holding a CHL?

I found that to be absolutely true. The history of it is, power and responsibility are commensurate. When you’re carrying a lethal weapon, you  are carrying a greater power than the average member of society walks around with at their immediate disposal. And, consciously or sub-consciously, good people tend to live up to that by demanding of themselves a greater level of responsibility. The guy who carries the gun responsibly, is the guy who’s least likely to flip off another driver when that guy raises his middle finger at him.

I’ve heard a lot of people say that, in a confrontational situation, all they think they’d need to do is to flash their gun at the aggressor and that would be enough to get them to back down. Without going into specific scenarios, what is the dividing line between both pulling your weapon, and actually using your weapon?

Flashing your gun at three armed men that are jacked up on adrenalin and God knows what else, is not going diffuse anything, it’s gonna be kind of like throwing a bucket of kerosene on an open flame. You don’t trigger a gunfight in a place of business with multiple innocents there.

What you’ve got here, and I pretty much hate to say it, but you pretty much have to go with the history and the odds. And the history of it is, most of the time, the armed robber takes the money and leaves. Us doing something that might trigger a gunfight actually makes the situation worse.

If there has been a string of armed robberies where, let’s say, three guys in green masks have herded everyone into the back room and shot them, and you’re in a Starbucks and three guys walk in wearing  green masks, we have an entirely different situation. If your reading of the situation is this guy is out-of-control dangerous, he’s gonna start pulling that trigger any second, I’ve got to stop him, then that’s probably what you need to go with.

Most of the time, if you had two professionals in that Starbucks, one says “look they’re robbing the barrista,” and nobody’s being pistol-whipped, the money is being handed over, the other one will probably say, “Yes, they are. How’s your latte?”

As someone who’s of above average size – I’m 6’4” and weigh over 240 lbs. – I’ve always worried that I’ll be perceived as the ‘bad guy‘ in any confrontation with an aggressor who’s smaller than I am. How can someone who’s physically imposing deal with a self-defense situation and not find themselves prosecuted simply because they are so much larger than the assailant?

Well, first, there’s nothing in the law that states that little people are allowed to attack big people with knives. The other guy’s the assailant, the other guy’s armed with a deadly weapon. I would definitely draw the gun, because, number one, anyone trained in the knife, will tell you, if you try to disarm a guy with a knife, you are going to be cut, the only question is “how bad.”

Second, any psychologist will tell you, if what you do is you’re trying to diffuse the situation, and you go bare hands against the little guy with the knife, what you’re telling him is, “Punk, I’m so much more of a man than you, I can disarm you of that deadly weapon and take you with my bare hands.” You have now left him absolutely no face-saving way out. Psychologically, he has to continue the attack.

If you pull the gun on him, you know, I don’t care if he’s a gang-banger in the presence of the head gang leader himself, no one is gonna call him a coward for dropping the knife, backing up and saying “I’ll get you another day,” and leave. Basically, what you’ve done by drawing the gun is to give him a face-saving way out. And history shows us that most of the time it will end there without bloodshed.

Go hands-on with a guy with a knife, history tells us somebody’s gonna get cut. For all those reasons, I’ve had the situation where somebody pulled a knife on me, I knew A: I’ve got my hand on my knife, B: I’m probably better trained with a knife than him, C: I might get cut but I’m gonna win, and D: Because of where this is happening, I’ll never get off this street alive if I kill this guy. And I backed up, adjured from the conflict, left and came back with some other authority figures, came back and got that situation squared away.

I had one situation when I was very young where a kid pulled a knife on me, I pulled a bigger knife on him, he backed off and life was good. And I had one in my 20’s, he pulled a knife on me, I pulled the gun, he shoved the knife back in the back of his belt somewhere, and I don’t think he had a sheath for it, and I hope he stuck it in his ass. He raised his hands in a conciliatory gesture and waved very urgently to his partner, had an absolutely death’s head fake smile on him as he’s got the hands up towards me in the stop gesture as he’s backing away.

All things considered, I thought that was the best resolution of the three.  If they pull the knife, I will draw the gun.

In tomorrow’s installment, we start off with Massad’s take on the Gabe Suarez quote regarding aiming your weapon at the dirt, and keeping your finger on the trigger. Don’t miss it.