As of January first, Texas residents with a CHL permit can carry their holstered firearm openly – except where prohibited by law. To ban open carry inside a building, owners/operators must post a 30.07 sign at all main entrances. If they want to ban both open and concealed carry, they have to post a 30.06 sign as well. Click here to watch a video report from Lubbock on creating a 30.07 sign. The bottom line for any business that wants to disinvite open carry Texans: $65. But it’s not the money that represents a big win for gun rights advocates. Simply put . . . 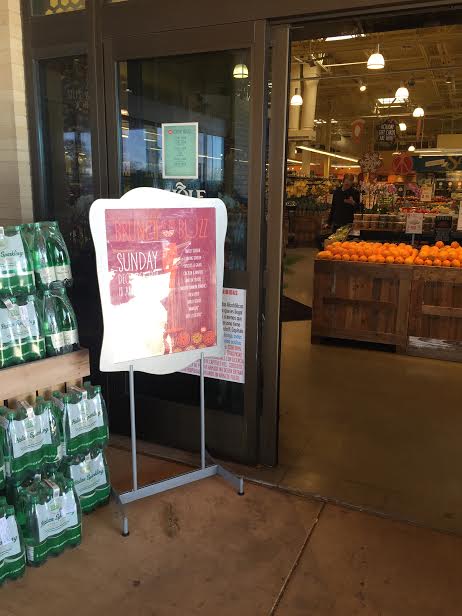 Penal Code Section 30.06(c)(3)(B) states that 30.06 concealed carry prohibited signs must “include the language described by Paragraph (A) in both English and Spanish; appears in contrasting colors with block letters at least one inch in height; and is displayed in a conspicuous manner clearly visible to the public.” [Unlike the Whole Foods sign above.] Same deal for 30.07.

Get this: if an establishment wishes to ban both open and concealed carry, they have to display both signs. That, my firearms freedom-loving friends, is some major window space. Better yet, if a CHL holder violates the sign and refuses to leave (and why would you?), the first-time penalty is now a $200 ticket.

In short, banning open carry from a business is a major PITA. As it should be, IMHO. Agreed?