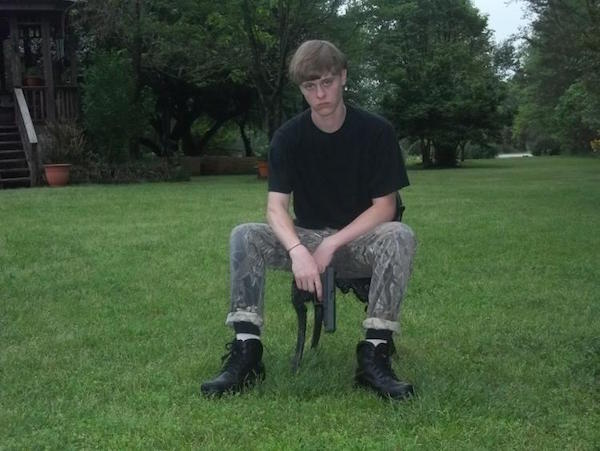 “The white man charged with killing nine black parishioners at a church in Charleston, S.C., last year will be allowed to represent himself in his federal hate-crimes trial,” washingtonpost.com reports. That would be Dylan Roof, the man recently adjudicated to be mentally competent to stand trial. I consider these developments a classic Catch-22: any person who chooses to represent himself in a death penalty case has a fool for a client and is patently insane. Yeah, about that death penalty part, The New York Times reports that . . .

Mr. Roof has offered, in exchange for a sentence of life in prison, to plead guilty. The government has refused to make such a plea agreement.

The 17-month path to Mr. Roof’s first death penalty trial — the state of South Carolina is also seeking his execution — has been marked by public demonstrations of forgiveness and reconciliation.

But the federal government’s decision to pursue Mr. Roof’s execution is widely questioned, and it is in defiance of the wishes and recommendations of survivors of the attack, many family members of the dead and some Justice Department officials.

Even South Carolina’s acrimonious debate about the display of the Confederate battle flag outside the State House was less divisive in this state, polling shows.

Had to bring that flag deal up, didn’t they? I guess that’s the point: the feds can’t let Mr. Roof rot in jail because racism. The Obama administration’s Justice Department’s political agenda demands that the court make an example of Mr. Roof, to highlight and promote its social justice warrior gestalt.

Now that Mr, Roof has been granted permission to represent himself at trial, the government’s intransigence means the killer will be able to spew his white supremacist nonsense in open court, one way or another. Equally, shooting survivors may have to face Mr Roof from the witness stand.

I’m against the death penalty, full stop. I don’t believe the state should be in the business of executing people. That goes double when pursuing capital punishment opens the door to killers who use court as a venue to, well, show off. The government should make a deal, to avoid prolonging the misery for those affected by Mr. Roof’s heinous crime. And prolong Mr. Roof’s punishment.