Of all the firearm purchases you may make in your lifetime, a pocket gun is probably the one you can least afford to screw up. We buy a pocket gun for last-ditch self defense, which literally makes it a do-or-die gun. It therefore must perform when called upon. We can’t dislike shooting it so much that we’ll never practice with it. And we have to like it enough to carry it. Given all that, wouldn’t it be nice to know which pocket guns you can rule out right off the bat? Well, you’re in luck, because your fellow Americans have voted, and for some pocket guns, the results aren’t pretty . . .

The Wisdom of Crowds

If you spend any amount of time online, you’ve seen product rating systems on Amazon, Netflix, Yelp, etc., usually in the form of star ratings. This crowdsourced data points aren’t perfect, but if a product gets a statistically significant number of votes, we get a pretty good idea of how it stacks up thanks to the wisdom-of-crowds phenomenon.

At my handgun review and rating site, gunsgunsguns.net, we offer star ratings on a scale of 1–10 for every gun featured on the site. So far we’ve collected roughly 34,000 votes with an average rating of 6.1 overall.

Using that, I’ve compiled a spreadsheet of the results by filtering down 200+ subcompact handguns, first by caliber (nothing weaker than .380 ACP), and then by size (nothing bigger than 5.77″ long x 4.4″ tall).That left 44 semi-autos, which I sorted by each gun’s average user rating.

According to our peers, here are the six worst pocketguns, from less awful to worstest. After each gun’s name, you’ll see its average user rating, that rating’s margin of error and the number of votes: 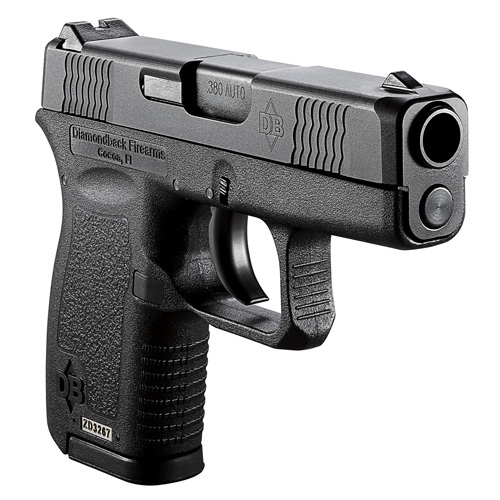 It pains me to include the DB380 on this list because I bought one a couple years ago. Unfortunately, my DB380 experience has mirrored that of many of our peers. I can’t count on my DB380 to run consistently, so I had to give it a low rating. The price is right, but the performance and ratings just aren’t. TTAG writer Jeremy S. apparently had a non-awful experience with a CA380. He rated it 2.5 stars out of 5 and wrote, “I don’t hate it.” Still, that’s pretty tepid, and our readers rate it well below average. Bottom line: you can do much better. This gun is budget-friendly and chambered substantially (9mm). But with 99 votes in, the math is clear: the CPX-2 stinks. Color me shocked to see the Pico down here with the bottom feeders because Beretta is a major manufacturer that produces lots of quality firearms. Plus, the Pico’s 9mm cousin, the Nano, rates well above average. But again, the people have spoken: the Pico sucks. [Edit: Jeremy S. had issues w/ the Pico as well] I was also surprised to find the CM40 rated so poorly. Kahr makes a lot of pocket guns, and several of them rate really well. Heck, the CM40’s steel-framed brother, the MK40, is currently ranked in the top 5 (granted, with only 10 votes so far). I’m guessing a .40 S&W round is just too unpleasant to shoot in this uber lightweight polymer-framed pocket gun. This gun looks a whole lot like the Ruger LCP and Kel-Tec P-3AT. But unlike those highly rated guns, the Hellcat II’s rating is in the toilet. IO stopped making them and moved to Florida. The Hellcat II was cheap when purchased new, and you can find one used for around $100. It’s pretty clear why.

I limited this list to the bottom six guns to reduce room for disagreement and keep it simple. Is it possible to find a Hellcat II that runs well, shoots well and fits well? Yes, I’m sure they’re out there, but the odds you’ll score one of those unicorns remain low. And with 38 other semi-auto pocketguns to choose from, why risk it? Remember, these are life-or-death guns, not gopher guns or race guns.

Personally, I’d avoid far more than just the bottom six. I’d limit my search to guns rated north of 6.0 on my survey and I’d stay far away from the below-average offerings from Jimenez, Boberg, NAA, MasterPiece, etc.

But that’s just me Not everyone places as much weight on user ratings as I do. Regardless of your take on user ratings, I think you can safely ignore the bottom six guns and not worry about missing out on much.