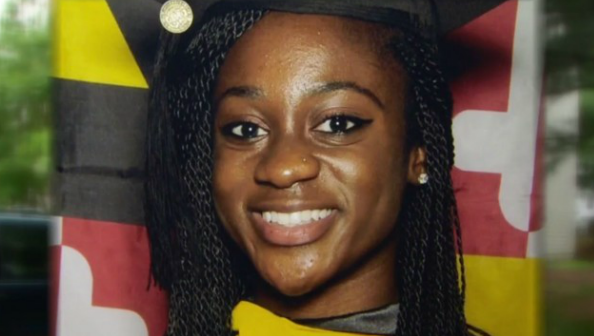 A man accused of killing his ex-girlfriend in a Target parking lot in Montgomery County used an antique-style, black-powder pistol,” washingtonpost.com reports. Why? “Because his record as a sex offender barred him from buying a regular firearm, according to the prosecutor.” The Post refrains from calling for a ban on black powder pistol on-line sales. For now. And says nothing about introducing background checks for black powder pistol purchases. Yet. Just the facts M’am . . .

The suspect, Donald W. Bricker, 27, of Hagerstown, ordered the handgun online, and it arrived in the mail Monday morning, Feinstein said. He practiced at least one shot at home, and later on Monday drove to Germantown to meet with his ex-girlfriend, Mariam “Shadé” Adebayo, Feinstein said.

Adebayo, 24, had agreed to meet with him in a public place, her friends and officials said.

Bricker started fighting with Adebayo inside her car, prompting Adebayo to get out and try to get away. Bricker shot her twice, fled in his pickup truck and was captured a short time later, police said.

Bricker copped to the crime, perhaps motivated by video surveillance recordings of the killing. His lawyer asked for a bail bond that “conceivably” allows Bricker to be released pending further proceedings. The Post piece closes with this  ironic bit, presented in the true spirit of dark newsroom humor and sardonic excess.

Dillon said that Bricker recently had stopped two college classes because he was getting so much work doing home improvement.

“It’s something that he really likes,” Dillon said. “He likes working with his hands and then seeing the finished results.”