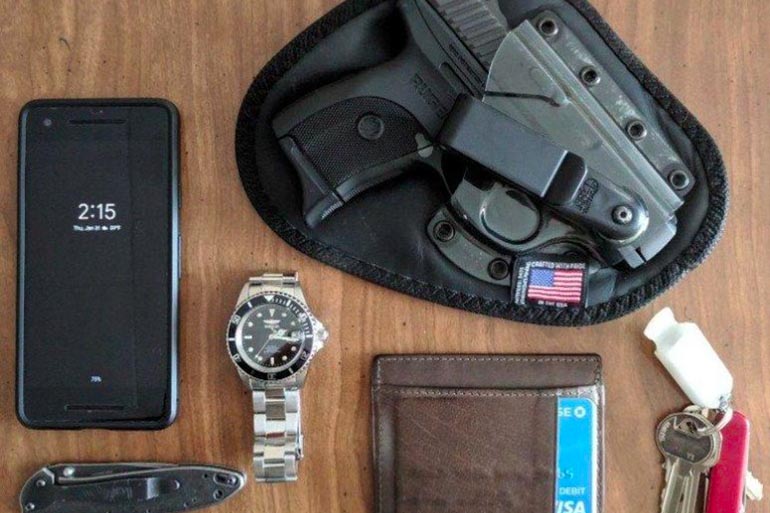 The Ruger LC9 (this one carried in a N82 Tactical IWB holster) is a handgun with a certain following in the gun world. I actually see it appear quite a bit in women’s shooting groups on social media, almost always as a first gun. In fact, a friend of mine just bought his girlfriend one as her first gun.

The LC9 has a 7 +1 capacity and a 3.12-inch barrel. This is one of those guns that seems to fall into one of two camps: you love it or you hate it (or at least seriously dislike it). What do you think?