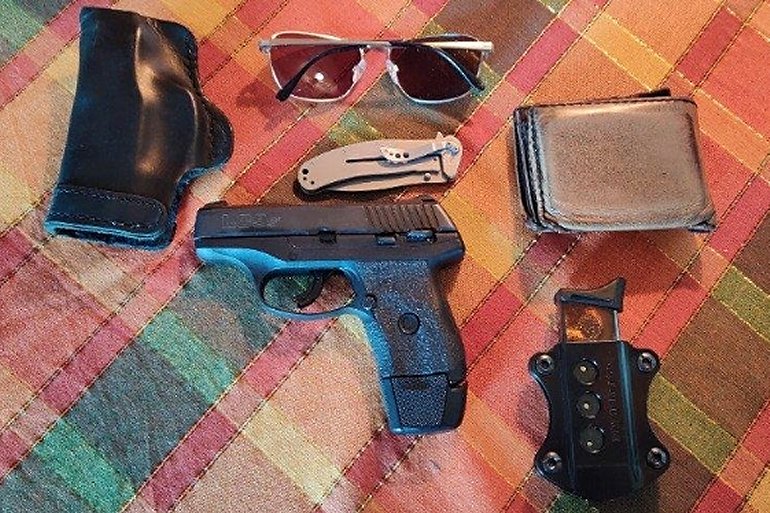 As an aside, I have more and more people at our Guns Save Life meetings talking about these EDC posts.  Like me, they admire some stuff and scorn others.  And yes, I took first looked at them with something between annoyance and amusement.  Then I looked at them to see common themes of what people carried…  because people carry stuff that works.  And all the rest of the stuff falls behind.  Opportunities to learn.

And yes, Matt doesn’t carry a flashlight.  Maybe he eats lots of carrots.  But what he has beats a gun left at home in the safe.  Or in the nightstand.

And yeah, the Ruger LC-9s isn’t my favorite self-defense piece, it does what it’s supposed to do with a lot better trigger than a whole lot of other guns out there.  And better triggers usually mean better accuracy and less likelihood of accidentally shooting an innocent bystander (NYPD, here’s looking at you and your 38-pound triggers).  And he carries it in a holster!  Bonus points.

Always works and nothing extra to get in the way.

Yeah, I’d rather have Matt standing in line next to me at Walmart than cool guy “Joe” who sent his make-believe everyday carry ensemble that looks brand new and is color coordinated because it never leaves his bedroom drawer.  And instead of having a tool to accompany his willingness to defend himself when the bad man appears in public, cool guy “Joe” has urinary incontinence as he realizes he’s got no fangs.