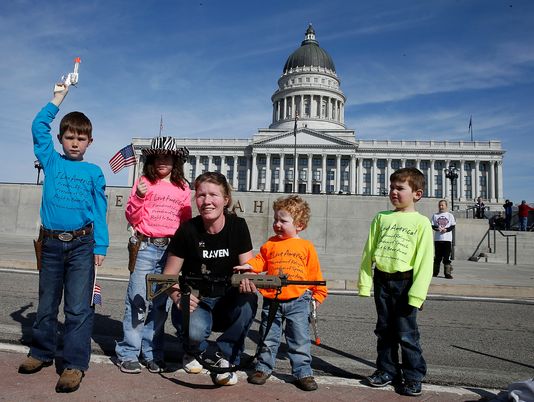 The following editorial by TTAG’s publisher appears in today’s USA TODAY, as a response to the McPaper’s Op-Ed, Gun safety ads could save lives.

USA TODAY approves of the president’s plan to create and distribute TV, radio and print ads promoting gun safety. The editorial board believes these ads would save lives by reminding gun owners to store and handle firearms responsibly. What could possibly go wrong? . . .

Millions of gun owners believe the administration will use the public safety announcements (PSAs) as a launching pad for a campaign to make gun ownership socially unacceptable. Now where would they get that idea?

Aside from justifiable fears of an anti-gun bias, the ad campaign raises an important question: What business does the federal government have telling Americans what to eat, when to drink, or how to store and handle their guns? What experience does the Obama administration have with civilian firearms — other than running guns to Mexican murderers?

Relying on the same people who brought us Operation Fast and Furious to keep politics out of gun safety ads is like asking Lindsay Lohan to teach Driver’s Ed.

For example, a government PSA might depict a negligent discharge by a child (as per the recent tragedy in Kentucky) and then remind owners to “lock up their guns.” That ad would create a false and dangerous sense of security. Just as children figure out how to raid a locked liquor cabinet, they can defeat a gun safe.

Real gun safety is a matter of ongoing, age-appropriate firearms education. Not only is the federal government incapable of providing this kind of comprehensive instruction, it’s none of their business. Children’s gun safety is a parent’s responsibility. Period.

If the Obama administration wants to decrease the number of accidental firearms deaths among small children, they could arrange for the gun safety experts at the NRA to offer their time-tested Eddie the Eagle gun safety program to all of the nation’s public schools.

They won’t. They’d rather control the message on guns than save young lives, once again proving that the Obama administration places politics above practical solutions.